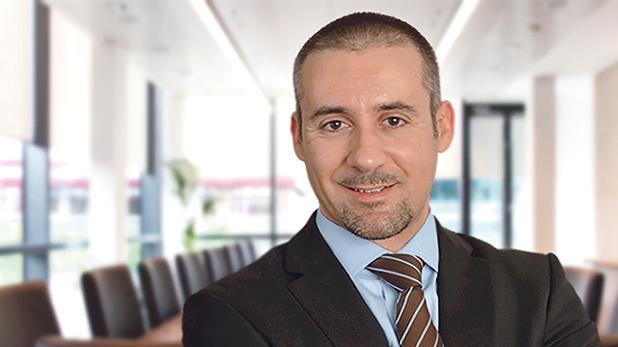 Keith Schembri’s lawyers Edward Gatt and Mark Vassallo filed an application in the magistrate’s court this morning saying their client has been under arrest since the wee hours of this morning and he hasn’t yet been given a copy of the evidence against him or been allowed to speak to his lawyers yet.

That must be nice. I’d like Keith Schembri to know that while his door bell rung in the middle of the night, I was fast asleep with not a care in the world.

Sometimes a journalist from out of Malta asks me if I’m ever scared, what with all the funny emails and overt threats on social media. Scared, me? Ask Keith Schembri if he’s scared. The sweat of the quivering Karl Cini, a few cells down at the same lockup must be scarier to him than any threat by those goons he used to send to Valletta to wipe out the memorial calling for justice for Daphne.

Karl Cini under arrest. Brian Tonna under arrest. Keith Schembri under arrest. You think I’m scared? Ask Joseph Muscat. Has he managed to get rid of Keith’s mobile from that furtive chinwag before Schembri’s first arrest?

Look at this buffoon. He steps into the arrest of Keith Schembri expecting us to thank him for it, when he’s part of the reason it has taken so long. Adrian Delia collaborated in the government’s effort to cast Daphne Caruana Galizia on the one hand and Simon Busuttil, Jason Azzopardi, Therese Comodini Cachia, Karol Aquilina and others on the other, as enemies of the people. And now he wants to claim credit not merely for doing nothing, but for undermining so dangerously the cause.

And look at this other buffoon. Robert Abela says Keith Schembri’s arrest is proof the institutions are working. Does he expect thanks for that? The Labour Party won the June 2017 election on the back of the claim that Daphne Caruana Galizia’s reporting, including specifically Keith Schembri’s passport scam, was made of pure lies. But they were the ones lying, including Robert Abela whose first election as a candidate this was and in which he took the prominent role of standing by Joseph Muscat and Keith Schembri.

The Labour Party stole the June 2017 election. They robbed the people of Malta of a stable and clean political administration and rewarded us instead with the opprobrium of the civilised world.

An election achieved on the back of a proven lie is a fraud perpetrated on the people of Malta. Dear Robert Abela, that is what we see from Keith Schembri’s arrest. That you lied to us and protected Keith Schembri and yourself. While you rejoiced in Simon Busuttil’s exile and belched when you heard Daphne Caruana Galizia was killed.

We don’t see institutions working. We see a democracy usurped by a criminal organisation that calls itself a political party.

I’m not scared. But while Keith Schembri is contemplating remand at Corradino’s Division 6 for two weeks to be assessed for security risk in conformity with our gaoler’s security protocols, I know someone is scared right now.