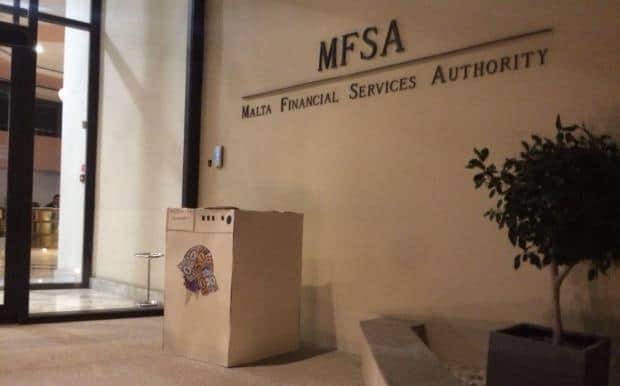 Instead of working to address its darkening reputation as a secretive financial services jurisdiction that harbours tax dodgers and money launderers, Malta is taking initiatives that are heightening the suspicions of outside investors.

The OECD report finds that Malta is now less transparent when providing information on who owns companies registered here, accounts of businesses registered in Malta and information on their banking. The OECD has also found that the quality and timeliness of the information Malta provides when it is asked to do so has deteriorated significantly since 2013.

The OECD complained Malta has not followed 2013 recommendations to improve supervision. But this is aggravated by initiatives that have made Malta’s situation worse. It was only in 2020 that the government decided to strike off data about some 10,000 companies from the publicly available registry of companies.

This process was announced by the MFSA last March in an industry newsletter “aimed at informing the public about the fight against financial crime.” That newsletter announced that in just three months, the Malta Business Registry initiated defunct procedures against roughly 2,000 companies, with a total of 1,654 companies struck off for being non-compliant, as at February 2020.

“The Registrar is in the process of striking between 8,000 and 10,000 companies that failed to submit annual returns for the last five years.” Officially “this procedure seeks to eliminate any abuse from directors and/or shareholders regarding the use of companies for an illegitimate purpose.”

The OECD remarked that the effectiveness of these actions still need to be assessed.

But in the meantime the striking off of these companies means that historical data about their actions and their ownership is now no longer available on the Registry’s public database and has been made harder to find. The reduction in transparency has made it harder to conduct due diligence and research on people who opened, owned or had a judicial role in companies registered in Malta. Removing their on line data means that any wrongdoing that could be detected with the information being public, would now be hidden.

The OECD also found weaknesses in Malta’s systems to determine the beneficial ownership of bank accounts and Malta is now much slower than it used to be at responding requests for information from outside the country.

The OECD report was adopted in its global forum late last August.

The policy adopted by Owen Bonnici when he was justice minister of purging from the on line record criminal court decisions against convicted felon who ask to have their decisions removed from the on line database has also reduced transparency and made Malta more suspicious for investors.

Financial advisors hired to undertake due diligence into any individual connected with Malta will now take into account the fact that a check on Malta’s on line system of court judgements is no guarantee that they have verified an individual’s record of past criminal convictions.

Cautious financial advisors will consider this as a general cautionary note against trusting Malta as a destination. Financial crime blogger Kenneth Rijock recently remarked that “unless Malta not only abolishes this policy of allowing the deletion of criminal records, and restores those which have been removed, no e-Court searches can be trusted to be accurate and complete, and all searches of Malta court records are therefore suspect.” Rijock asked whether this means “that all Maltese are now high-risk when seeking service at the world’s banks.”

The OECD’s downgrade comes at a very delicate time as Malta braces itself for a Moneyval report that could lead to the FATF dumping Malta in the “grey list” of suspect financial services jurisdictions.

Answering questions from Jason Azzopardi, Alfred Camilleri said that grey-lasting by the FATF “will impact investment upon which we greatly depend because we will become less attractive. Our success is built on trust and correspondent banking. Banks aren’t charities. There is so much emphasis on anti-money laundering that if a correspondent bank sees this risk and fears being fined by its regulator it also faces reputational risks. The reputational risk cannot be quantified.”