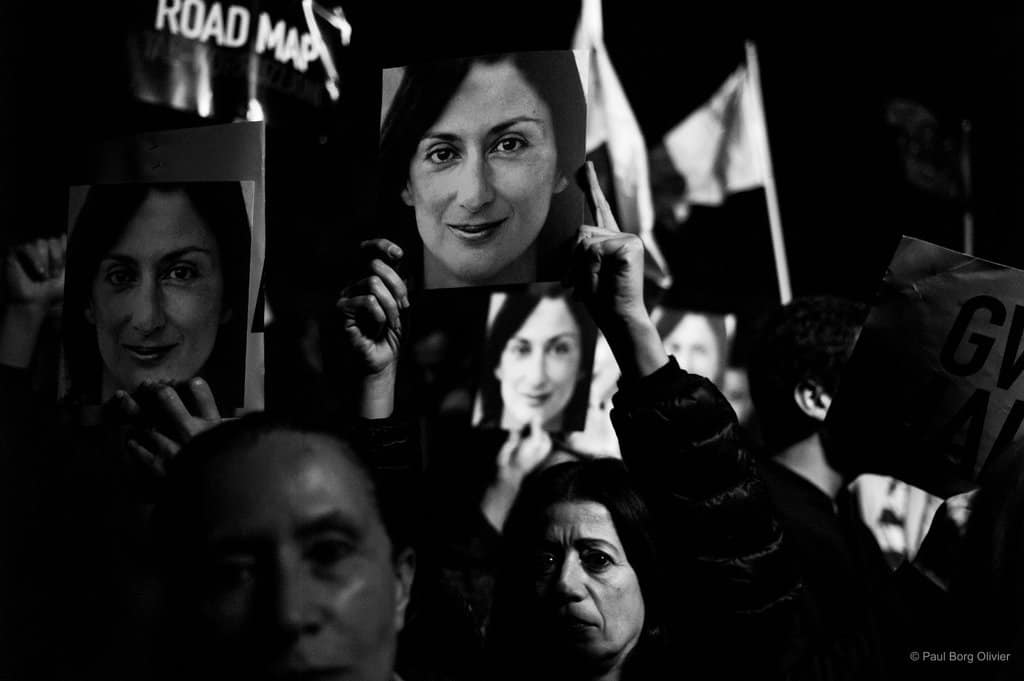 The Council of Europe rapporteur monitoring the government’s conduct in the aftermath of the killing of Daphne Caruana Galizia told Prime Minister Robert Abela today that if he persists on shutting the public inquiry in December he’d be “violating the principle of separation of powers that is fundamental to the rule of law.” He also criticised Robert Abela for “blatant political interference” with the work of the inquiry board.

Letter to Prime Minister of Malta @RobertAbela_MT on his decision to set a time limit to the public inquiry int the assassination of Daphne Caruana Galizia.
(The government is object of the inquiry) pic.twitter.com/KVIQRkhzJr

Pieter Omtizgt told Robert Abela that “the public inquiry is a matter of fundamental importance for the Parliamentary Assembly” and for this reason he was writing “for the record (his) strong, principled disagreement with (Robert Abela’s) approach to (the inquiry’s) terms of reference.”

“The terms of reference should be interpreted in accordance with their ordinary meaning in context. An interpretation that sets a fixed time limit of nine months would negate the words ‘endeavour to’. These words must have been included for a reason, which must have been to indicate a flexible time frame. This is confirmed by the use of the expression ‘without prejudice to the proper fulfilment of these terms of reference,’ which clarifies the circumstances in which the inquiry may continue for longer than nine months. In any case, should there be any ambiguity in the terms of reference of a mechanism to ensure fulfilment of a human rights obligation, that ambiguity should be resolved through expansive interpretation, not restrictive as you suggest. This is a basic principle of human rights law,” Pieter Omtzigt said.

But the Council of Europe rapporteur was harshest when he told Prime Minister Robert Abela it was not up to him to interpret the terms of reference: “It cannot be for the Maltese government to decide, after the inquiry has begun, that it should cease its work before the board itself determines that the terms of reference are properly fulfilled. In effect, you are saying that once nine months have passed, the subject of the inquiry can unilaterally decide when it will end. Such a power could be used to prevent the inquiry from hearing evidence that the government does not wish it to hear. This is a violation of the inquiry’s independence, beyond any shadow of a doubt.”

Pieter Omtzigt also observed “a fundamental contradiction” in Robert Abela’s position: “there cannot be both a time limit fixed in law, and the possibility for you to determine the time limit. I recall that in my previous letter, I asked you to clarify the legal basis on which you purported to set a new deadline for the inquiry. I note that you have not done so.

“I therefore cannot accept that your letter to the board of inquiry was ‘intended to safeguard the proper observance of the law.’ There is no legal requirement for the inquiry to finish within nine months, nor any legal basis for the government subsequently to impose some other time limit. In any case, it would not be up to a prime minister whose government is under inquiry to enforce the law applicable to that inquiry. This would violate the principle of separation of powers that is fundamental to the rule of law.”

The Council of Europe rapporteur also rejected Robert Abela’s claim that the inquiry was taking too long to do its job. On the contrary, Pieter Omtzift told the prime minister “there is not yet any indication of ‘undue delay.’ On the contrary, the inquiry has proceeded with remarkable efficiency, despite the intervening Covid-19 crisis – and above all, when compared with proceedings on related matters within the criminal justice system, whether conducted by the courts, inquiring magistrates, Attorney General, or police.”

Pieter Omtzigt took a dim view of Robert Abela’s argument where he blamed the 9 month deadline on an “agreement” they reached with the government for a fixed time limit for inquiry. “I find this highly surprising, since they and their lawyers objected immediately upon learning of your letter to the board of inquiry.”

Pieter Omtzigt underlined the fact that the inquiry’s terms of reference are much broader than its title suggests, covering (i) the assassination of Ms Caruana Galizia in particular, (ii) “serious criminal offences”/ “serious breaches of the law” in general, and (iii) threats against journalists.

“In this context, I note with extreme concern your recent public statement expressing ‘reservations about the way in which the inquiry is failing to keep to the terms of reference given to it.’ The prime minister of a government that is subject to inquiry should not seek either to determine the scope of that inquiry, or to question its propriety.“

“This is a blatant political interference with its work,” Pieter Omtzigt said in a categorical criticism of the prime minister’s conduct.

“I further note the outrageous attack on the integrity of the inquiry by an influential senior official in the parliamentary Labour party, Mr Bedingfield. I recall that as a media advisor to your predecessor, Mr Bedingfield played a prominent role in orchestrating public hostility against Ms Caruana Galizia and her family. It is therefore highly likely that he will be a person of interest to the inquiry under the third limb of its terms of reference. Mr Bedingfield’s comments represent yet another political interference with the inquiry’s work.”

Referring to Attorney General Victoria Buttigieg’s refusal to publish the conclusion of the magisterial inquiry into allegations Keith Schembri took kickbacks from the sale of Maltese passports, the Council of Europe rapporteur said “this underlines the importance of the (Daphne Caruana Galizia) inquiry as a means of casting public light on a dark period in Malta’s recent history.”

In his hard-hitting conclusion Pieter Omtzift told Robert Abela that less than a year after Joseph Muscat belatedly agreed to establish the ‘independent public inquiry’, “you and other leading members of the governing party seem to be engaged in a concerted attack on its credibility and integrity. This gives the impression that the government has something to hide and is willing to tolerate, condone and even defend impunity. This risks reversing any recent progress in enhancing respect for the rule of law, which would be a dramatic setback to the rehabilitation of Malta’s international reputation.”

Pieter Omtzigt urged Prime Minister Robert Abela to “withdraw your purported limitation on the time frame for the inquiry’s work, refrain from any future adverse comment on the inquiry, and ensure that other Labour Party politicians also refrain from any such comment.”

Previous:Worried about contracting covid in a retirement home? Silvio Parnis has just what you need.
Next:GUEST POST: Speak some evil