At about 2pm on the Friday when he testified in front of the public inquiry into the assassination of Daphne Caruana Galizia, I put up this post on Facebook:

The post was accompanied by a photo of the simpering minister, who our dashing PM, on his elevation from consultant to his predecessor to consultee to his predecessor, put in charge of the education of the nation’s children. The extent to which he isn’t making a dangerous balls-up of this responsibility I will leave for you to judge: I’m no educator, I don’t have descendants of school-age and I’m biased.

I’m biased because I think that Owen Bonnici is a smug, supercilious, ill-informed apparatchik whose only contribution to the national well-being is to diminish it, greatly. Not to put too fine a point on it, he makes things worse by his very existence.

Recall, if you will, that this specimen was found responsible, and this while he was Minister of Justice, for denying the fundamental freedom of expression to the heroes who kept, and keep, the memorial alive in front of the very court in which he had taken an oath to tell the truth, the whole truth and nothing but the truth. This was not a case of the court disagreeing with him, as he put it, but a finding of liability for breach of human rights by the very person who should defend them for us.

The Public Inquiry, despite the expectorations of the PM and his rude mechanicals (look it up, Bedingfield) has been listening to a parade of deaf, dumb and blind chimps, promoted beyond their meagre abilities to the position of Cabinet Ministers, telling us that they knew nothing of the Kitchen Cabinet, nothing of the evil machinations of its components and that there was nothing they could have done about it anyway.

The worst of these, though frankly, they’re all much of a muchness, was the Chimp in Charge of the Piggy Bank, Edward Scicluna. His excuse for not doing anything about the precious little he knew about was that he couldn’t be expected to give up his ministerial goodies, having just given up his EU sinecure to give of his best (best?) to the country.

Owen Bonnici was the latest of this parade of knuckle-draggers to appear before the Board. To be fair, lumping all of them into one troop is a bit – well – unfair. Chris Fearne, for instance, when the Infant Prince allows him to, is trying to make a decent fist of his job, though a stronger spine seems to be required, as the spike in numbers is now showing.

But the “see no evil, hear no evil [so] speak no evil” syndrome they developed when faced with the prospect of chucking the malfeasants under the bus lumps all of them into the same bucket.

Bonnici gave us a few gems while he was testifying. I’m relying on the excellent media reports, notably of Sephora Francalanza (Newsbook) Edwina Gatt and Herman Grech (Times) and Matt Agius (Maltatoday) as due to COVID-19 precautions, I’m not attending. 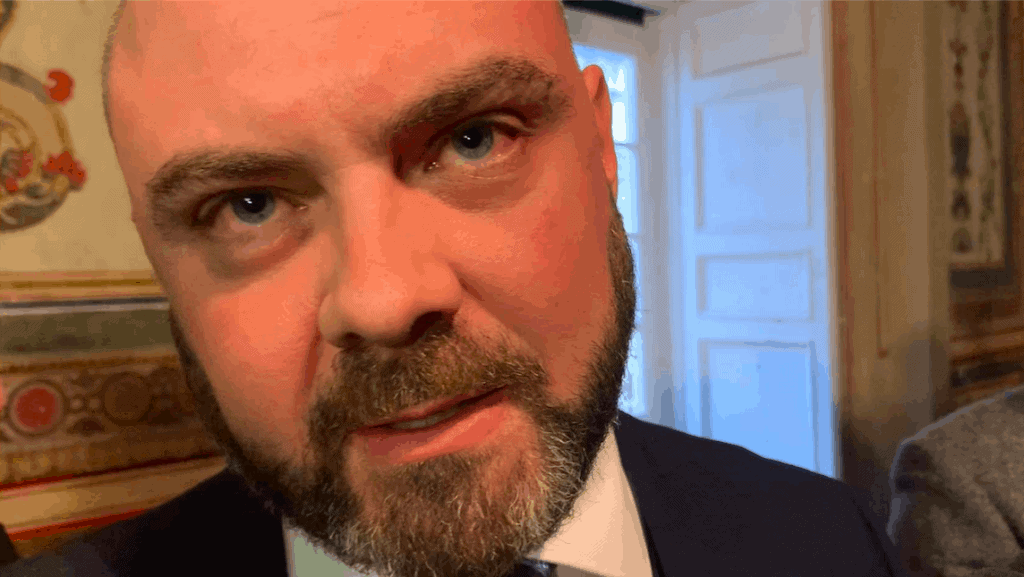 Take the rough with the smooth, this probably saved me from a contempt finding, as I might have found it difficult to restrain myself while listening to Bonnici. I also have no idea (and nor would I have talked about it if I did) what he said behind closed doors.

For instance, we learned that the Minister for Justice, for such was the exalted seat warmed by Bonnici, was not involved in the decision to grant Melvyn Theuma his immunity, because Joseph Muscat wanted to take responsibility for it himself.

What we’re supposed to glean from that I’ll leave to your imagination, the way things have developed.

Under oath, Bonnici had the temerity to say that the killing of Daphne (I can call her that, she was a personal friend, one who I still can’t believe these bastards killed) changed things for “them”, presumably “them” being the Government, who were doing awesome things for (to) the country. “Things would never be the same again”, he said, apparently without blushing.

Segueing smoothly (he always was a smooth operator, at least in his own eyes) he went on to emphasise, twice at least, how things certainly weren’t the same for his heart-throb, Joseph Muscat, who ended up resigning. It’s amazing how these people seem to think that public office is an end in itself and how losing it is punishment sufficient unto the deed.

Bullshit, Mr Haan (it’s from some movie or other) real punishment would be the sort of thing mentioned by Ken Rijock, and it is devoutly to be hoped that the assorted crooks and thugs who have polluted the country since 2013 have been given pause for thought by the horrors described.

The “but he resigned” refrain was counter-pointed by the usual mantras “Konrad Mizzi was naive” and “I never saw Brian Tonna” at Castille, the same tune played by all the monkeys at the bidding of the organ-grinder.

The former Justice Minister played a Lino Spiteri about Henley & Whats’em Called too.

For the less historically aware amongst you, Lino Spiteri was a Minister in former Labour governments, and not a bad man, but he had written his memoirs in such a way as to put himself virtually in another universe, relative to the excesses of Mintoff and KMB.

Bonnici did the same with Henley & Partners – hearing him testify was to hear him talk about a species inhabiting a different continent, which moved in mysterious ways its wonders to perform, for all the world as if Muscat didn’t seem to be in their pockets and in respect of whom Keith Schembri was a mere supporting actor.

With a brazenness that would have been breathtaking had it not been for the fact that we’re used to his total insouciance towards his oath, Bonnici told us that he had done all he could to prevent SLAPP lawsuits (lawsuits filed by thugs in expensive suits in expensive jurisdictions to shut pesky journalists down)

Read my lips, oik: you did not do anything of the sort. A Bill was handed over to you that would have achieved just that, and you refused to move it forward, saying, incorrectly and possibly maliciously, that the EU wouldn’t allow. Rubbish, you twerp, full blown rubbish.

He also said that he had taken the ground away from under the feet of Ministers who had sued Daphne, which again is a monstrous lie. All that was done was that an abusive use of the law, resorted to by an amoral plaintiff aided and abetted by an equally insensitive lawyer, was made unavailable. Bonnici wants credit for doing what should not have been needed to have been done had he been in the company of decent men.

Bonnici framed his performance in the context of his sanctimonious bleating about the content of Daphne’s blogs and how “they were not his style” and how some of the good work she was capable of was undermined by her use of personal issues.

Coming from a senior man within the Labour party, the party that produced KullĦadd, Super One, Manwel Cuschieri, Jason Micallef, Glenn Bedingfield and so many other excrescences on the body of freedom of expression, this was richness to the point of nausea.

He also went on to defend his own forays into the right of citizens to express themselves freely, asking whether democracy wouldn’t have come to a pretty pass if the Minister of Justice were not allowed to comment on important matters.

I’ve missed out plenty, but there, in that final thought, you have it. Owen Bonnici thinks he has a god-given right to say what he likes and hang the consequences of it. The fact that from his smarmy tweets a direct line can be drawn to the harassment of Daphne by Ignatius Farrugia in Rabat and then beyond that to a climate where her murder was inevitable escapes him.

Dante really did fail to devise sufficient circles to accommodate this gang.

Previous:Omtzigt to Abela: You are interfering with the inquiry and violating the rule of law
Next:GUEST POST: Owen Bonnici. You’re a liar. Sue me.