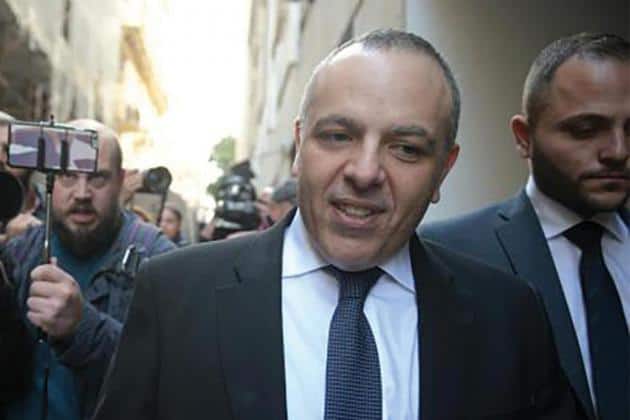 We are of course entitled to feel bitterness. The court order to freeze Keith Schembri’s assets handed down yesterday, was as many entirely correct commenters observed, four years late. Read this pertinent piece by Jacques Rene Zammit on that.

There was already enough to justify what happened yesterday when the Panama Papers emerged. Our sanity was seriously tested when our prime minister at the time kept telling us it was perfectly ok for his chief of staff to set up a secret trail of off-shore companies in which to receive payments too awkward for a high street bank.

It was never ok. And nothing new has been revealed to justify this.

Then, in April 2017, Daphne Caruana Galizia pieced together two strands of information. On the one hand Brian Tonna’s Willerby structure exposed by the Panama Papers. On the other, Keith Schembri’s banking at Pilatus Bank which she unveiled through the work she did with her sources there.

The combination of those strands confirmed an intuitive conclusion reached far earlier, in 2013, when a new Labour government pulled the passports for sale scheme out of its adumbrate hat. It was and is a rotten scheme and an opportunity for graft which Keith Schembri exploited gleefully.

Even now protestations of innocence are expected. But at the time Daphne’s report about kickbacks on passports sold to Russians were not merely denied. The author of that investigation was vilified in a positively joanofarcian fashion, right up to her immolation.

The story continued, and was retold yesterday by its surviving protagonist. When Daphne Caruana Galizia reported that the prime minister’s chief of staff took kickbacks from the sale of passports, all the other institutions of the state stayed in bed. The Daphne Caruana Galizia inquiry revealed an attitude at the attorney general’s office and at police HQ that if Daphne reported the evidence, then they had to assume it was not true. Not because of some false alarms in the past. Far from it. It’s just that Daphne “was just a blog” and even asking Keith Schembri where all the money was coming from was “an intrusion”.

So, the leader of opposition of the time stepped up. He got a small team of people helping him comb through the mountains of paperwork that the police would not look at. The documentation was not secured by seizure warrants or court orders but by journalistic investigations and leaks from whistle-blowers.

And the leader of opposition, Simon Busuttil, took the evidence to a courtroom to ask it is looked into. That was May 2017 when the country was in the throes of an early general election campaign.

Simon Busuttil too was mocked, for taking empty box files to court. People laughed stupidly at that, thinking that a court would take kindly to being handed a pile of empty box files for a mocked up photo opportunity.

But Joseph Muscat’s government would have none of that. It was all lies they said. Keith Schembri was a servant of the people. A junior candidate for the Labour Party, Robert Abela was dispatched to Xarabank to get people to confirm Keith Schembri’s boss in office. He helped protect Keith Schembri from any police inspector or attorney general risking two brain cells firing up.

The inquiry kicked off by Simon Busuttil was concluded over three years later. That in itself is an indictment of our criminal justice system. It should be incredible to us that news of the conclusion of this inquiry sounded good news only because there are other inquiries that have been pending for longer and still are. But this sort of time delay is ridiculous. The author of the inquiry is a full-time magistrate with her own work load of everyday cases in court and a pile of other inquiries that continues to grow in her in tray. She’s not exceptional in this regard.

This part-time system of evidence gathering, under-resourced, untrained, its brief limited to the preliminary and inconclusive, is then used by the attorney general and the police as an excuse to do nothing. There’s no legal basis for that excuse. On the contrary, the police are expected to get cracking and get to the bottom of every crime. But that, Peter Grech and Lawrence Cutajar said they thought, would be “an intrusion merely based on a blog”.

But we’re entitled to feel more than bitterness.