Of course, there’s no gratitude here for our institutions to have apparently risen out of their slumber and froze Keith Schembri’s accounts now when they should have done that four years ago.

But we need to recognise, we have to recognise, that things have come much further than Keith Schembri ever imagined they would even as he slammed his desk reading that post by Daphne Caruana Galizia in April of 2017, realising his little swindle at Pilatus Bank had been discovered.

He never imagined his assets, his wife’s, his daughters’, his parents’, his auditor’s, his accountants’, his companies’, would be frozen by court order. Or at least he didn’t imagine it right up to last November, when Yorgen Fenech was arrested and Keith Schembri’s world collapsed around his ears.

He’s fighting for his survival now, the water line wetting the tip of his nose. And holding him down are the voices that started out alone in April 2017 and have now been joined by thousands. Daphne Caruana Galizia, her sources and the whistle-blowers that informed her started this four years ago. One source we know of ended up in exile, fearing for her life. And with good reason, as it turned out when Daphne’s life was taken away from her.

Simon Busuttil lost his political life: a stout, principled, uncompromising politician, a rare breed indeed in the midst of the greedy mediocrity we have squatting on both sides of our parliament. When this country needed so much cleaning up, he would have been the antiseptic that healed it. And yet, for fighting our fight, he ended up not merely defeated by Joseph Muscat but slandered and humiliated by his own successor Adrian Delia who continues to snap at anyone who stood by Simon Busuttil holding up those, now we sure know, anything but empty box files.

It will be good if we were to learn that at the next opportunity voters express a dim view of having had the 2017 general election decided on the back of the “greatest lie in Maltese political history”: the lie perpetrated by Joseph Muscat. And coming up sooner perhaps, some political justice when Adrian Delia is kicked out not least for his campaign of discrediting Jason Azzopardi and Karol Aquilina for standing with Keith Schembri’s nemesis, Simon Busuttil. But that’s sweetness yet to come. 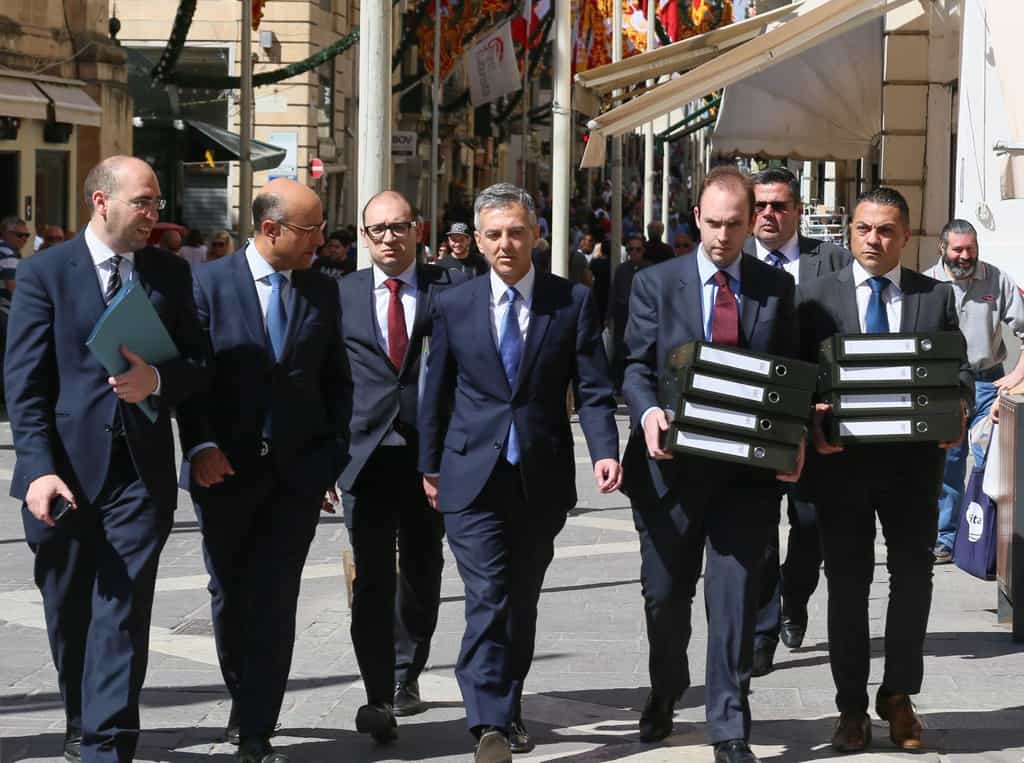 Now Keith Schembri is held down by all those people thought insane, obsessed, holier than thou – the Daphne crowd, a label meant as an insult though never received that way – who for months and years called for justice in the streets.

And by Daphne’s family who insisted that it was simply not enough to put handcuffs on their mother’s killers, but that those responsible for the crimes she exposed are also made to pay for the crimes they were getting away with.

All those voices have pushed dormant institutions of the state to act on untouchables. So what, if they’re doing this to survive the Moneyval inspection? So what, if the Daphne inquiry was set up to shut up the Council of Europe and make it look like things are working fine here?

We are never going to get a Labour government to enthusiastically work for the justice that would see them pay the ultimate political price: limbo in opposition. If they won’t do it of their own accord, let’s celebrate the fact that armed with nothing but our voices and the truth that we speak we got Keith Schembri’s bank accounts frozen.

This is far from justice yet, but let me tell you why there should be a little sweet with the bitter.

Compare this garnishee order, with what Daphne faced at the hands of Chris Cardona for merely doing her job. Doesn’t this account freeze feel better?

Recall that it was just a year ago that the accepted knowledge was that if you wanted to be allowed to grow your business in this country, Keith Schembri would have to be its silent partner and his rewarded consent was necessary like the consent of the godfather on his territory. Compare that with the long list of his companies on that asset freeze ordered yesterday. All his businesses are untouchable now, and not in the way he would have meant it a year ago. All of Keith Schembri’s legitimate fronts, his means to live a life of ease, will show up on every black list of every due diligence search ever.

Yes, he’ll have hidden stashes, not yet discovered, some of which he organised in these last four years as an unlooked-for fugitive of the law. But he won’t be able to recycle that wealth into his local business fronts.

Compare how this man, Keith Schembri, was so untouchable, that Joseph Muscat protected him for four years after the Panama scandal, telling even his party number two that the fate of his chief of staff was only for himself to determine. And now, if they were to eat out with their wives a quatre, Keith Schembri cannot even split the bill with his credit card. 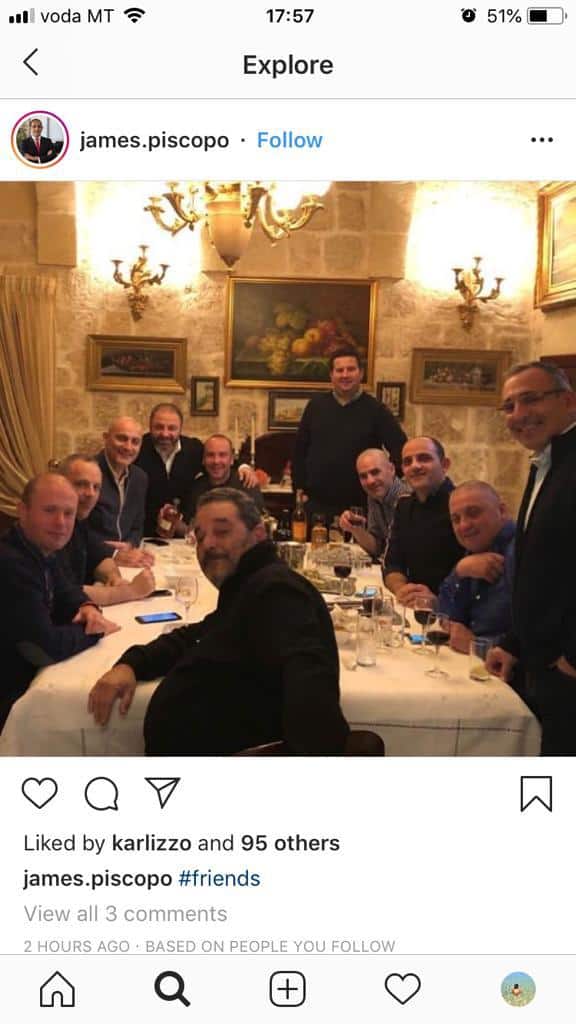 The erstwhile untouchables may never get what they deserve, but they are no longer untouchable. They are pariahs. The greedy, self-indulgent, sycophants who hovered around Muscat and Schembri like flies around a cowpat are now flying away from them. Their thousand-year Reich burnt down far, far sooner than they ever imagined.

And now they’re alone and afraid. 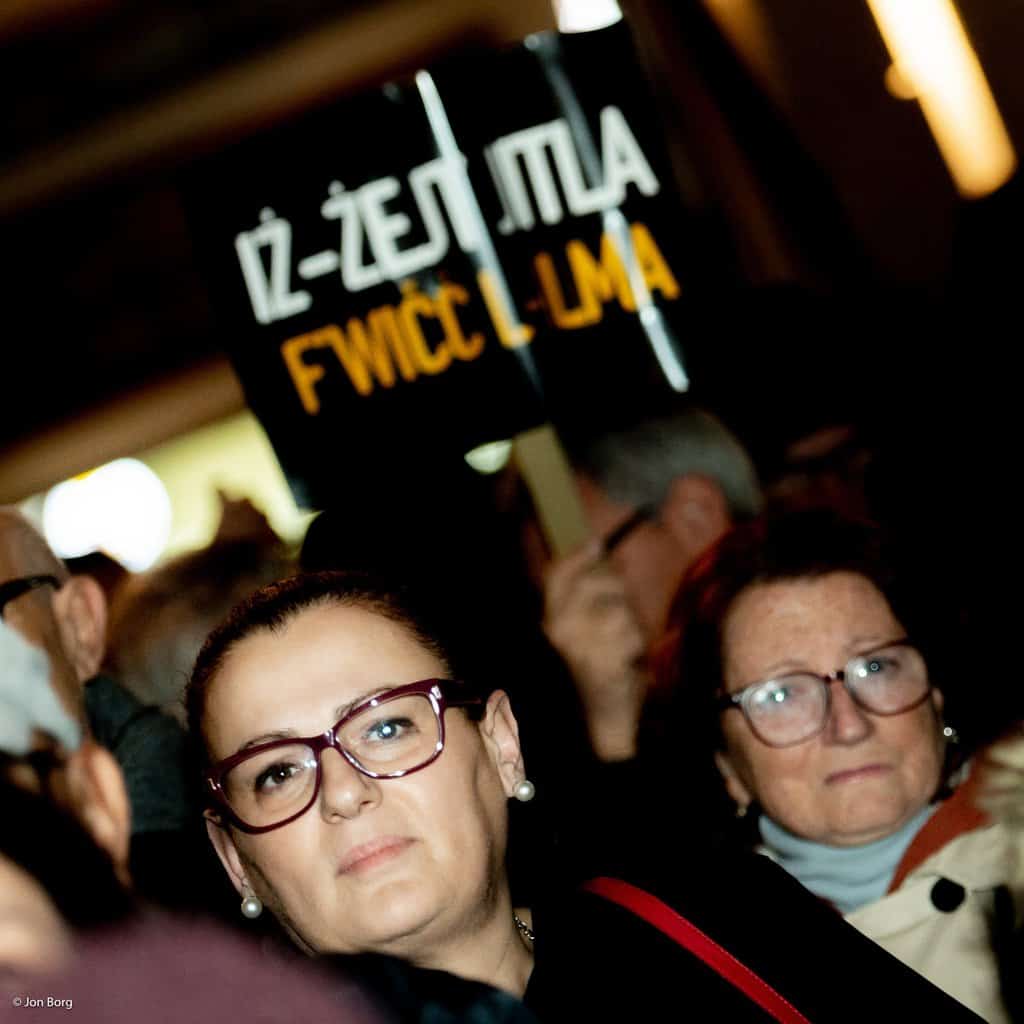 Take a bow. You did that. Your job’s not done but take the sweet with the bitter. You did good.