They would say that, wouldn’t they? 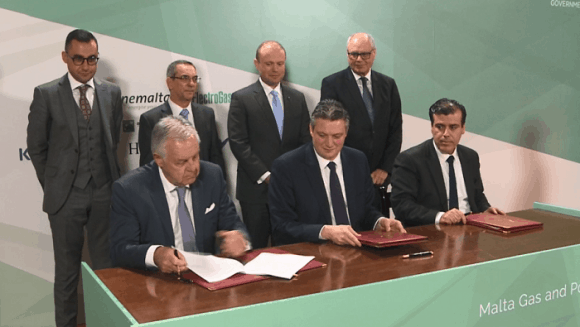 We should all be grateful to the Electrogas directors for informing us of their internal inquiry that found no corruption in the deal for which their company exists. It’s nice that they looked into the matter and it’s nice they told us about it.

Now, if they don’t mind very much, they can fuck back into Scrooge McDuck’s cave to dive from a height into their chests of gold coins and swim out of their cartoon, jewel encrusted hoard.

After all that’s been said and done, theirs is the assessment we are least likely to take seriously. We were not impressed when Ian Abdilla turned away from a Sunday morning appointment with Yorgen Fenech because Dr Silvio Valletta, MD (honoris causa), diagnosed him with Acute Analgesic Rebound Cephalgia which prevented him from answering questions about 17 Black that Sunday or any day after that. We are not going to be impressed by Electrogas’s protestations of innocence.

For this project, the owners had practically no cost for capital outlay because the investment was financed by the banks thanks to a bank guarantee which the rest of us risked much for.

They never had to factor in the risk of competition because the government committed to buy whatever they produce for the next 18 years even if their price is higher than other suppliers.

They never had to factor in the risk of demand fluctuations because the government committed to buy whatever they produce for the next 18 years even if we don’t need it.

They never had to factor in the risk of market fluctuations because the government fixed the price for 5 years when market conditions were favourable to the Electrogas owners and as international prices dropped they continued to swim in the fat left over.

They never had to pay for any miscalculation at the bidding stage because after they got the contract the government shifted the goal-posts in their favour absorbing their excise tax bill.

If they’re not making money after all that, these people are pathologically stupid. Which of course they aren’t. They just want their side of the story to prevail because for as long as it does, they’ll continue to profit.

‘We haven’t collected dividends yet,’ they said, ‘because this is a long-term investment’. So bloody what? Even if that were true, the statement is irrelevant. When they decide to cash on the deal they made has no bearing on whether this was a straight deal closed in the public interest or a damn rip-off which ‘needed’ murder to cover it up.

The evidence that Daphne Caruana Galizia’s murder was motivated by the cover up of the power station deal is unbearably compelling. But there’s no cause for any regret by the owners of Electrogas, except to say that they haven’t yet drawn down the money they made from it.

The unacceptable silence that you kept over the past 3 years and more, becomes you more than this indignant and petulant protestation. In the face of all the evidence, ‘we found nothing wrong’ is possibly the only worse thing you could have said than your semi-official ‘we didn’t know what Yorgen was doing’.

Why did Electrogas speak up now? Can’t you guess?

Electrogas read that some of us think they have a case to answer in a court of law; their contract is vitiated from the outset by corruption; their edifice is built on the cracking clay of fraud; their engine is fuelled by the blood of murder. Electrogas realise that someone might use the leaks they are so angry about as evidence that they played most foully for this contract. Electrogas realise that a court might do what no Labour government ever would: take this contract away from them.

Electrogas realise that there may yet not be a day when they get to cash in on their ‘long term investment’ and all they are left with are ashes and sulphur and the sweet smell of justice.

So, as they do a Juergen Mossack, stomping their little Rumpelstiltskin feet in mock indignation because the secrets they hid in their computer servers are emerging like skid marked pants in a school yard, the truth about their ‘business venture’ emerges. This country has gone through many stages of grief: anger, fear, disgust, frustration.

Justice is next. Stomp your feet at that, Electrogas.