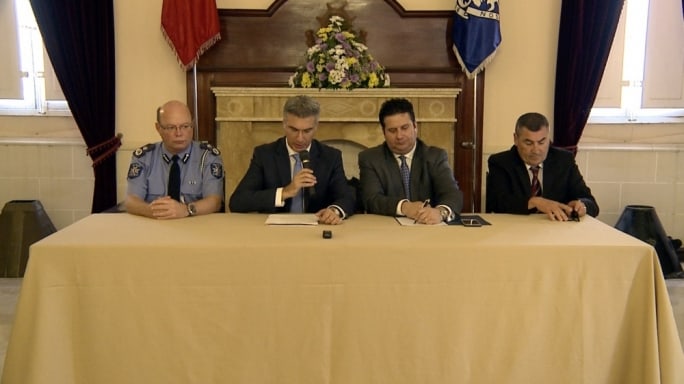 Joseph Muscat’s regime was rotten to the core. It was based on deceit, misinformation or the lack of information and blatant lies. His career was characterised by doublespeak and thrived on corruption. In his head Muscat contrived a perfect road map for plunder backed with impunity. Robert Abela, Joseph’s successor, had promised continuity and he is delivering.

A few days ago, I wrote about Minister Carmelo Abela. He was giving evidence at the Daphne Caruana Galizia public inquiry. He was asked by Jason Azzopardi on whether there had been pressure from the prime minister’s office to recall one of Daphne’s sons, Andrew, from his posting as a career diplomat at the Malta High Commission in India. Former Foreign Affairs Minister Carmelo Abela refused to answer, avoiding the question saying that he doesn’t see ‘any relevance’ of the matter to the inquiry. When Abela was ordered by the board of inquiry to answer the question, Minister Carmelo Abela said he didn’t remember.

Now anybody reading this will think that the cabinet is composed either of stupid people or of a confederacy of liars. I put my money on the latter. And here is why.

This week Fiona Formosa, who was permanent secretary at the Ministry of Foreign Affairs in Carmelo Abela’s time, testified during the same public inquiry. She said, under oath, that Andrew Caruana Galizia was transferred out of a diplomatic posting on the explicit order of the minister. She confirmed that she was not given a reason for the recall. She said Carmelo Abela had just been appointed as Minister of Foreign Affairs after Labour’s 2017 electoral victory.

Formosa said that “I do not recall any discussion, just that the minister expected Caruana Galizia to came back within two weeks.” She also confirmed that the recall order went ahead despite a written objection filed by Malta’s High Commissioner for India at that time, Stephen Borg. Did Carmelo Abela perjure himself, one may ask?

We plebs learnt that it was Joseph Muscat who, personally issued instructions so that Konrad Mizzi is given a €241,000 consultancy job with the Malta Tourism Authority.

Parliament’s Standards in Public Life Committee last Monday discussed the conclusions of an investigative report by the Standards Commissioner on whether there was an abuse of power with regards to a consultancy contract given to Konrad Mizzi. Justice Minister Edward Zammit Lewis, a close friend of Joseph Muscat, told a parliamentary committee that since Joseph Muscat had resigned 50 minutes before the Standards Commissioner report was presented to the Speaker, he should face no repercussions.

Edward Zammit Lewis is insisting that parliament should not punish disgraced Joseph Muscat over an apparent breach of the law. He argued that “I want to make it clear that since Joseph Muscat resigned from parliament before this report was sent to the Speaker, no sanctions could be applied against him as he is not a member of the House any longer.”

Zammit Lewis’s premature case for the defence of his buddy and puppet master, made before the report was even published, was how we all surmised its conclusion of guilt.

But the Justice Minister may have forgotten – God forbid he has underlying mental conditions – that politicians and others involved in political corruption will no longer be able to invoke prescription when cases land in court. Perhaps this case should. A law laying down the principle that such cases are not time-barred had been enacted in September 2013. It was, along with the Whistle-blower Act, Joseph Muscat’s his claim to fame in the fight for corruption.

At that time in Parliament he said that “People who committed corruption in the past may now not sleep easy.”

Giving evidence at the Daphne Caruana Galizia public inquiry, our Minister for Justice admitted he dined, chatted regularly and even went on a boat trip with Yorgen Fenech. He had done all “in good faith”. He admitted that he felt incredulous when he came to know that Fenech was involved in the murder of the journalist. Never was a word mentioned about this during the dinners, chats and boat trips. He always communicated with the alleged mastermind “in good faith”.

Zammit Lewis told the inquiry that he entered politics to do good and he felt ‘betrayed’ (does that ring a bell?) by those who acted contrarily. ‘I do believe that in power good things have been done. We were not perfect and made mistakes (ding-dong, goes that bell again). He admitted that the public inquiry cast a shadow on the country.

The shadow was only cast by the inquiry, not by the corruption, the kickbacks, not the collusion of politicians with criminals and the assassination of a journalist.

Edward Zammit Lewis should remember Abraham Lincoln’s line: “No man has a good enough memory to be a successful liar.”