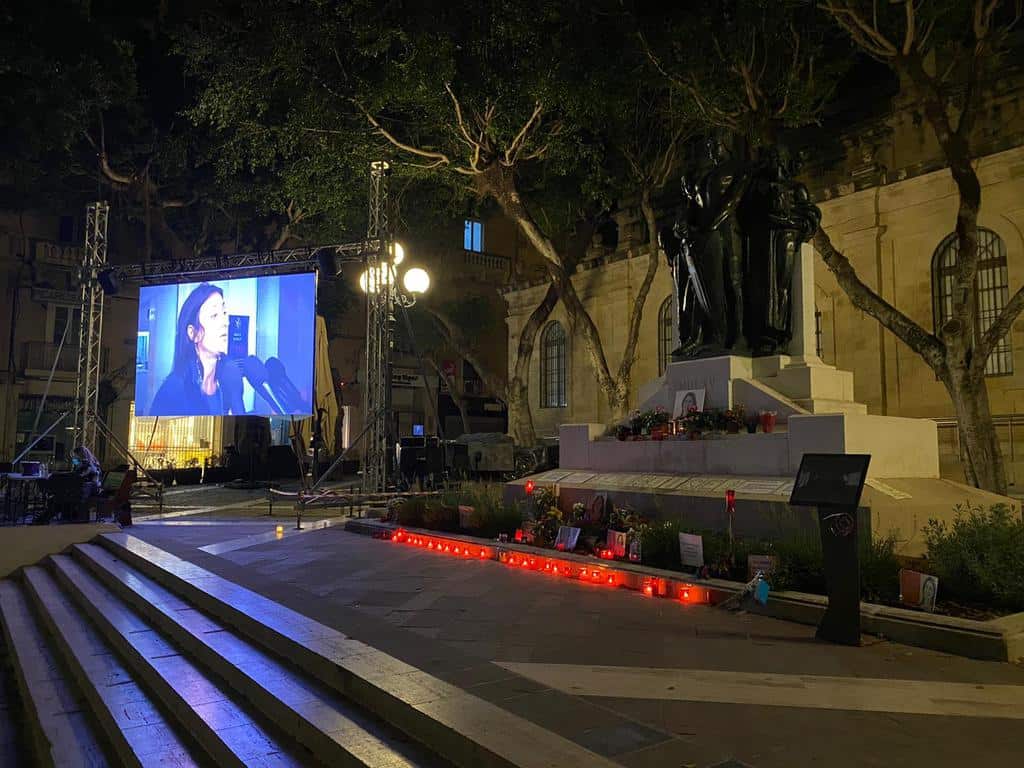 3 years have passed since Daphne was assassinated. 3 years since we were made aware of the crumbling state of our democracy, if we can still call Malta that. So many events have transpired since then, but ultimately, most things have remained the same: criminals who may do whatever they please with complete impunity (or so they believe). It has been more of the same, whereby the hatred and harassment directed towards Daphne is now transferred to her family, who have already suffered immensely and unjustly. This is not acceptable. Because the one thing which has surely changed is precisely our knowledge, and we should never tolerate such abuse. Libels which should never have been initiated in the first place are still ongoing, even after her murder, the list is endless.
Daphne’s family have been working tirelessly for justice, which is their right. But, just as Daphne was feared, so is her family. It is therefore of paramount importance not to leave a select few individuals standing alone, but to stand up to be counted. While it is true current health restrictions do not allow for mass gatherings, vigils, or protests, let us not underestimate what each of us can do. Let us instead feel empowered to be the change and see these criminals face justice and get what they deserve, while we get Malta back.
Having said this, public participation has indeed increased significantly, so let us acknowledge that.
Let us acknowledge the civil society groups, such as Occupy Justice and Repubblika.
Let us acknowledge the role of journalists, such as Manuel Delia and The Shift News.
Let us acknowledge each individual who has recognized the sheer scale of corruption and criminal activity and has attended vigils/protests and joined the call for justice.
Let us acknowledge all the outspoken individuals who make their stance very clear, who would not have dreamed to speak in such ways before Daphne was killed.
There is much more that needs to be done, but we are on the right path, so let us all join and do whatever small thing we can all do, as it will collectively add up, and result in justice.
All the above were brought about mainly by Daphne. One person, who has inspired so many people and revolutionized Malta, who brought the resignation of Joseph Muscat, the prosecution of so many criminals, and uncovered mass corruption.
We should all be politically literate, and understand that politicians must be accountable, and when they seek their personal interests instead of the common good, and achieve this at costs which are so high which include institutions being compromised, environmental degradation, unsustainable economic finances, but ultimately, even the brute assassination of a person, then jail is waiting for them. No one should ever be above the law, but the rule of law makes each and every individual answerable to the law. This is why we need our democracy back. We owe it to Daphne, to her family, to the future generation and to ourselves. Let us build our new Malta together and make Daphne proud.
So, to Daphne’s family, you are surely not alone, and while no one can ever understand what you go through, there are countless individuals who are also fighting.
And to those reading, l hope this short post will inspire at least one more person, and spread more inspiration and empowerment, just like Daphne did.
Previous:WATCH: Lizzie Eldrige on the third anniversary of Daphne’s killing
Next:GUEST POST: A confederacy of liars