A playboy casino owner with links to the underworld, a financial regulator, a gaming lawyer and a staffer for a banana republic’s prime minister walked into the lobby of the Caesar’s Palace in Las Vegas … 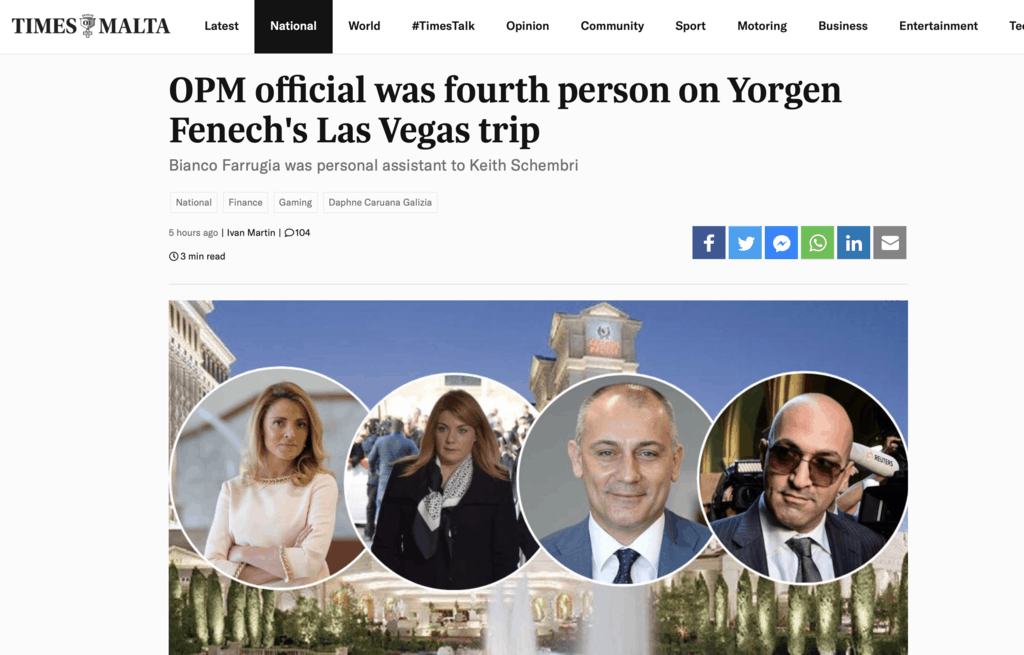 But what’s happening here is neither titillating nor funny.

The more time passes, the clearer it becomes that Robert Abela is trying to get away with not having to let Joe Cuschieri go. He is hoping he can wish this catastrophe away.

We know their behaviour. They do it every time some new scandal emerges. They squat, squint their eyes, and like infants hope everyone in the room thinks they aren’t there anymore. They think that they can hold out long enough for the local media to lose interest, the opposition party to start worrying they are losing the public’s attention, and civil society to run out of steam.

But this isn’t about Times of Malta, Bernard Grech or Repubblika.

This is about, the European Central Bank, Moneyval and the Financial Action Task Force. It’s about financial advisors the world over that may have made a note Malta was a bit of a risky place last week, now they think it’s just a plain ridiculous place. It’s about people who are finding elsewhere in the big wide world where to take their money. They’re the ones watching this.

This is about the many promises Edward Scicluna made to the world that the disaster of the first 6 years of his tenure as finance minister is in the past and we should leave it to beaver to fix the mess the beaver made. This is about Robert Abela’s proclamations to the world that he’s not Joseph Muscat’s avatar and that good governance will be the order of the day.

Joe Cuschieri may or may not resign before the day is out. But the doom of this country seems sealed. This is where the architects of the l-aqwa żmien edifice took us. Simon Busuttil once said Labour would drive us ‘gass dawn ġol-ħajt’. He over-estimated the velocity. He was bang on the impact.

Now, this bunch of crooks must fall with their vile plan’s collapse. They can have their four-way trips on their own time. This country needs to get busy working and living again. If we wait for them to save us, we might as well get busy dying.