#occupyjustice: The return of 3 billboards 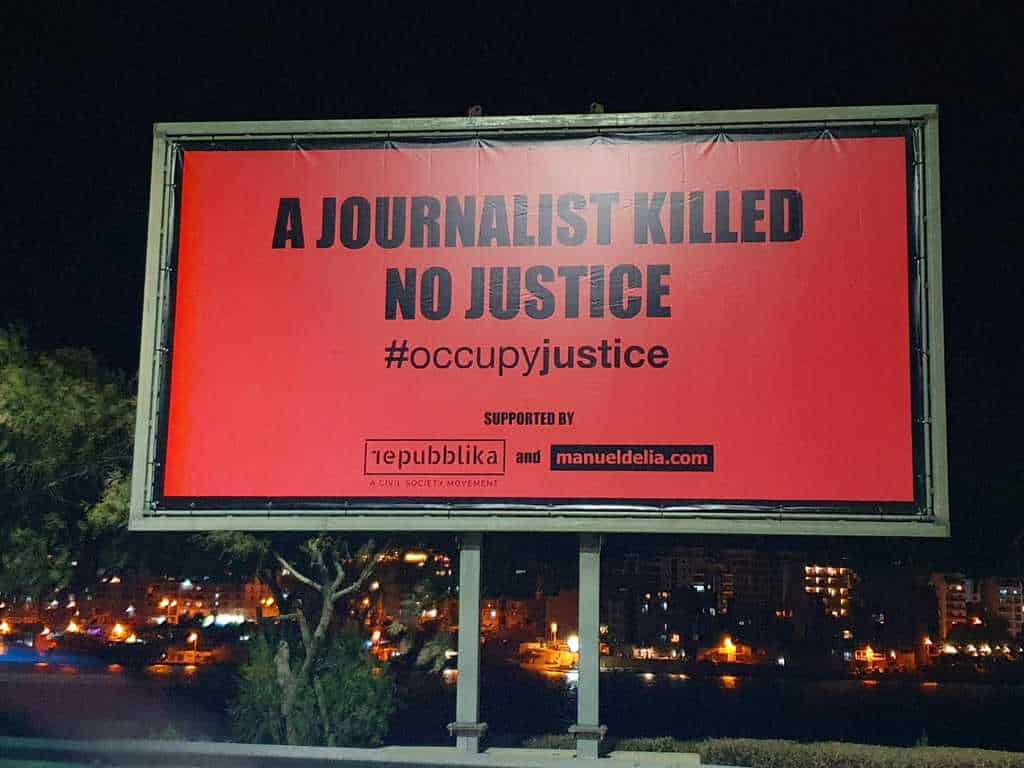 On the 16 February 2018, #occupyjustice engaged contractors to mount three billboards inspired by the Oscar-nominated movie Three Billboards Outside Ebbing, Missouri, in which an anguished mother seeks justice for her murdered daughter.

A few hours after the billboards were put up, the government, then led by Joseph Muscat and Keith Schembri, issued an order to MEPA to take down the billboards, including their structures. They invoked a MEPA permit issue on these particular three structures; structures that had been in use for months, if not years.

Three Billboards for the Prime Minister – The Return, is a reminder to the current Prime Minister Robert Abela, and his entire government, (still composed of Ministers and Member of Parliament who endorsed the former Prime Minister Joseph Muscat up until his resignation), that:

A Journalist Killed – No Justice. Daphne Caruana Galizia was brutally assassinated by a car bomb three years ago today. Since then little has changed. The government did nothing then, it is doing nothing now, and it is still trying to interfere with the process of justice by threatening to cut short the public enquiry into her murder. A public enquiry which incidentally will overrun its initially planned time frame, because of the amount of filth being uncovered in every court and inquiry session. Filth which incompetent people tried to cover up during Muscat’s legislature.

A Country Robbed – No Justice. Three years after Daphne Caruana Galizia began to unveil major corruption issues with regards to some of the biggest contracts signed by the Muscat/Schembri/Mizzi government, such as the hospital deal and the power station deal, our country is still in limbo and we citizens are paying an extortionate price for them. Keith Schembri, Konrad Mizzi, and those private families involved in these corrupt contracts have made millions, and still ARE making millions, from taxpayers’ money. The Government, led by Robert Abela who promised continuity before being elected, still has not ordered a review of these contracts, their publication in full, and their immediate termination.

No Prosecutions – No Justice. Other than the fact that four people are being kept in custody because of their alleged involvement in the assassination of Daphne Caruana Galizia, it is clear to everyone who follows the media that many other people directly or indirectly involved in the murder should be prosecuted. We demand justice for Daphne’s work too, and that means prosecutions for all the crimes that she reported on and was killed for. There have been more than three years of investigations into multiple wrongdoings, but nothing has happened yet. Justice is not being done. Justice is not being seen to be done.

The present government is evidently an accomplice of the previous one, which, in turn is an accomplice, directly or indirectly, of those behind the brutal assassination of Daphne Caruana Galizia.

If Robert Abela thinks that he can hide indefinitely behind a pandemic to contain our anger, we, the people, would like to remind him that we are still watching.  We are angrier than ever, and we will not stop fighting for justice for Daphne Caruana Galizia, for justice for our country, and for justice for our people until the day that justice is truly served. 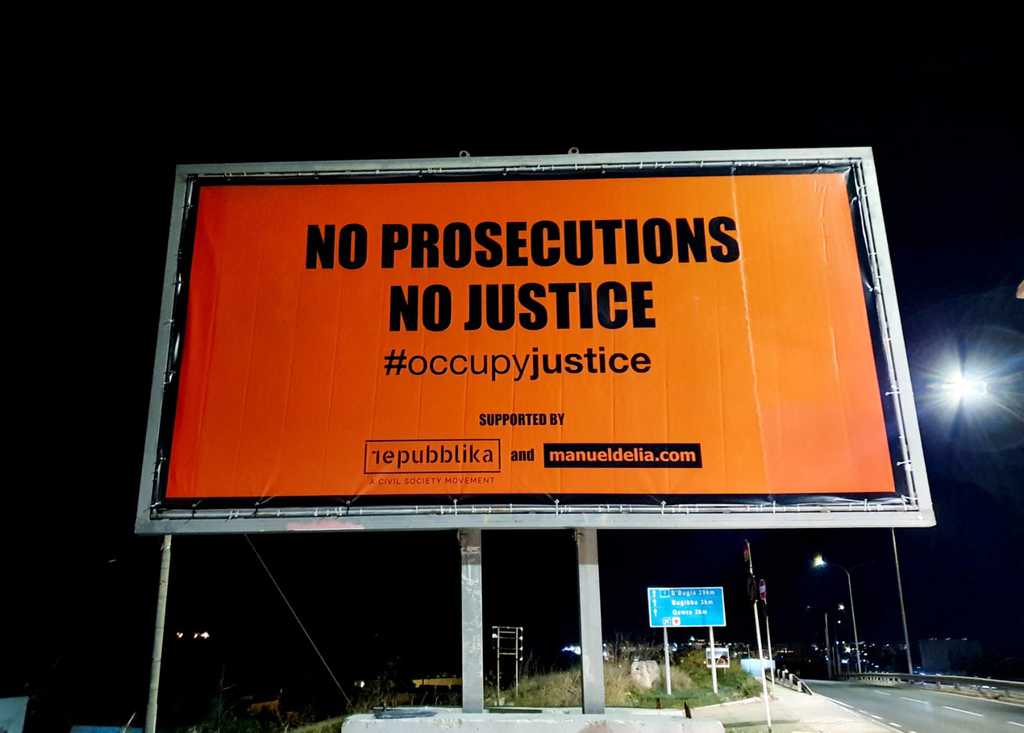 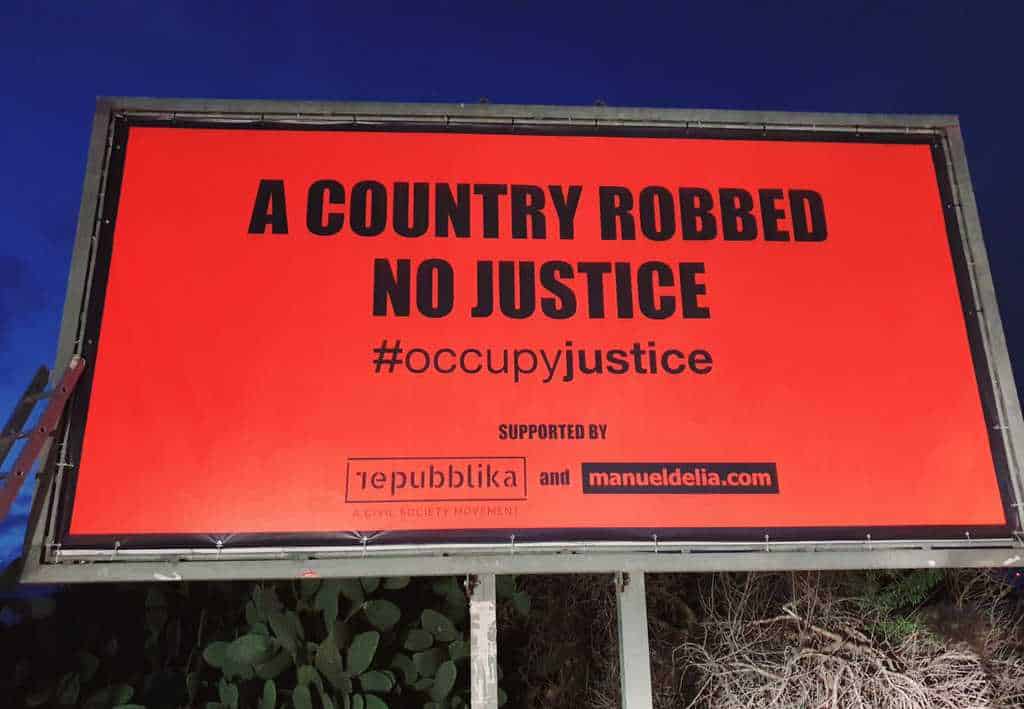 Previous:DON’T MISS IT TONIGHT: When They Come Undone
Next:WATCH: The state of journalism discussed on 3rd anniversary of the killing of Daphne Caruana Galizia