A history teacher in France was explaining to his students the true meaning of freedom of speech in a secular world. He showed them cartoons of Muhammad saying he was aware that this was a taboo for Muslims and they’d be offended by it. But freedom of speech is only really useful if it carries within it the freedom to offend. 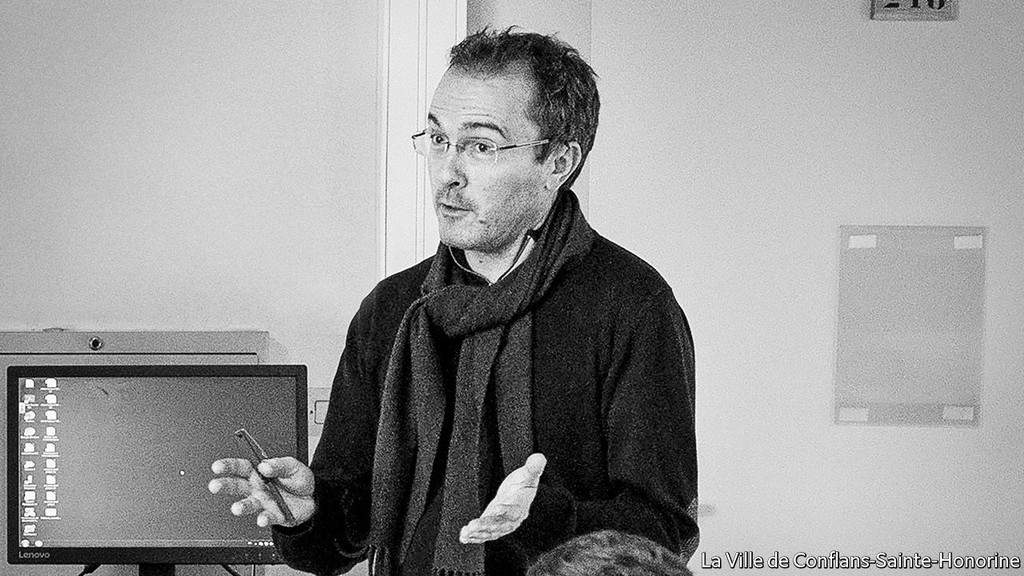 The teacher was Samuel Paty, 47. He was killed by a radicalised Muslim who justified his actions on the ‘blasphemous’ nature of Samuel Paty’s teaching. The killer was an 18-year-old, shot dead by the police shortly after the attack. Another seven people, including two students and a parent of one of Samuel Paty’s pupils, have been detained since the killing.

The killing caused much clamour. France is zealous about laïcité, the notion that in the life of the community there is no religion, but citizenship endowed with universal rights starting with the right to speak freely.

Malta’s Imam, Muhammad El Sadi, condemned the killing of Samuel Paty. “We always condemn killing people because of their convictions irrespective of the identity of the perpetrators or their own justifications for their wrong doing,” the Imam said. “There is no legal justification for such criminal act.”

There was a sting in that statement’s tail: “Those who keep insisting on publishing, distributing and displaying the infamous cartoons of Prophet Muhammad on the public buildings in a provocative open way against the Muslim sentiments are playing into the hands of the Muslim extremists and the extreme right groups. They are directly responsible for any unfortunate consequences.”

That’s victim-blaming. The Imam condemns the killing of Samuel Paty but blames him for bringing his own death upon himself by insulting Muslims when he showed his students a cartoon of the Prophet: “For us Muslims mocking any Prophet is blasphemous, and that mocking the Prophet Muhammad is definitely a direct insult to 1.5 billion Muslims all over the world who consider him dearer than their parents and children. It deeply provokes and hurts their spiritual sentiments and leaves severe bitterness in their hearts.”

Imam Muhammad El Sadi recommended, again, the criminalisation of blasphemy. He says it should be illegal to vilify religion.

I do not agree with Imam El Sadi and I do not defend his arguments. I find victim-blaming repulsive. And whilst I find the mocking of religions distasteful, I insist on the protected and universal right of anyone so inclined to do it. The right to speak freely is meaningless unless it includes the right to offend.

But Mr El Sadi’s opinion is far from exceptional. I don’t mean the bit where he says that someone who vilifies religion is “directly responsible” for their own killing. Thankfully, that’s not a widely held view in our neighbourhood. Only killers are responsible for killing someone. No one can justify premeditated murder in cold blood on the back of being “provoked” by someone else’s opinions, however repulsed they may be by them.

But his arguments that people should have their right to free speech contained to stop short of vilifying religion are not exceptional. They are shared by several people, such as Catholics who disagreed with the decriminalisation of the vilifaction of the Catholic religion here in Malta in 2016. Archbishop Charles Scicluna was very unhappy when parliament decriminilised the vilification of religion. He called that “a sad day for Malta.”

In a tweet, Charles Scicluna had said: “Demeaning God and man indeed go hand in hand. A sad day for Malta. Lord forgive them: they do not know what they do.”

The Chairman of the National Book Council, Mark Camilleri, reacted to Muhammad El Sadi’s remarks. Reporting those comments Lovin Malta labelled Mark Camilleri an “anti-censorship champion”. Some might say that’s hyperbole. More should do so after looking at what he said.

I can stay with Mark Camilleri when he says the Imam was out of order when he effectively blamed Samuel Paty for his own killing. He compared that with rapists blaming their victims for their short skirts. It is a comparison I made in the past whenever people said Daphne Caruana Galizia asked for her own killing because of what she wrote, or what they think she wrote.

I start getting edgy when Mark Camilleri charges the Imam with incitement to violence. Mark Camilleri suggests the Imam’s words put him and other free thinkers in danger of being killed. Mark Camilleri ignores the Imam’s condemnation of Samuel Paty’s killing and his admonition to his own flock that “Muslims must be law-abiding citizens”. But I can see where Mark Camilleri is coming from. Since the Imam blames the victims of these crimes, it is reasonable to think that the perpetrators might absolve themselves, think they are blameless and, quite literally, doing the work of God. That’s dangerous thinking and I will not criticise Mark Camilleri for calling it out.

But here’s where I walk away. He addresses Imam El Sadi this way: “You should be deported for inciting violence and putting the lives of authors and artists at risk. If you want to live in a country where satirical depictions of Muhammed are illegal you are welcome to board an Air Malta flight and fly to Saudi Arabia.”

This, I’m afraid is unacceptable. We do not exile people for their opinions, however distasteful. Consider for example the article by Catholic priest Patrick Pullicino on yesterday’s Times of Malta. He was writing on homosexuality like this was 1820: “Homosexual acts are not only harmful to the individuals who engage in them but also to society at large.”

These remarks are not merely offensive to homosexuals. They are harmful to society at large in that they insist on divisions within society itself on grounds (sexual orientation) that should not be considered as a basis for division. It can be argued that Patrick Pullicino is inciting hatred, maybe even violence.

I will criticise Patrick Pullicino and I will even suggest that Times of Malta should have thought twice about carrying his views, although today they atone by responding to his notions on brimstone in their editorial.

I also expect Mark Camilleri will agree with me that Patrick Pullicino’s views are reprehensible. But he will not argue for Patrick Pullicino’s exile. Why not? Does he think these opinions less objectionable than Muhammad El Sadi’s. No. It’s because he considers Patrick Pullicino as Maltese (and therefore endowed with his own right to offend) and Muhammad El Sadi as non-Maltese. He sees him as generally Muslim, foreign, alien and belonging to some Islamistan to which he should be forcefully sent. 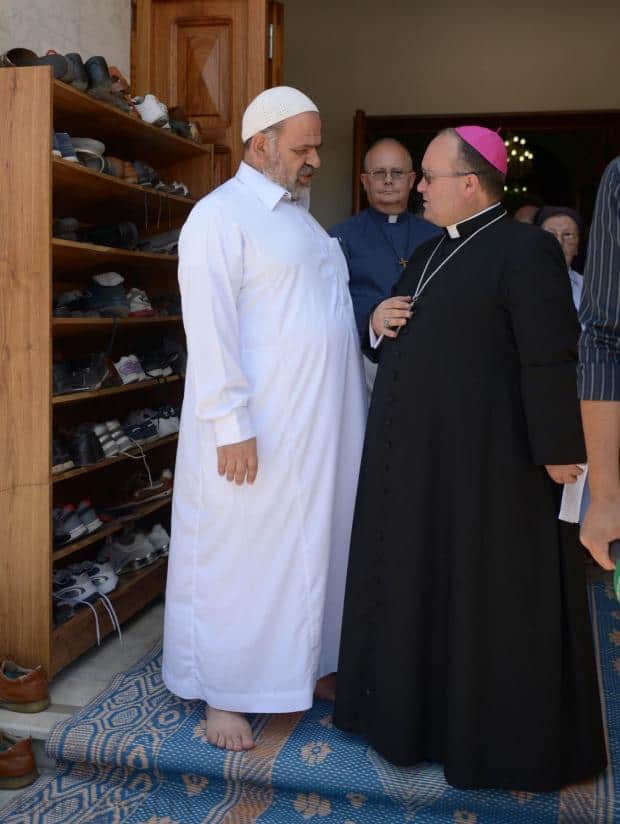 Incidentally Mohammad El Sadi is Maltese. He was born to Palestinian refugees who came to Malta because of the Arab-Israeli war. Whatever his opinions are, including the offensive ones, his right to offend us all is constitutionally protected. He does not have the right to incite hatred or violence – if that’s what he’s done – but we have laws to deal with that. We do not exile Norman Lowell. Why do we propose exiling Mohammad El Sadi?

In defending secular community life, and the right to free expression, Mark Camilleri betrayed Islamophobia and racism. Meting out unequal and disproportionate punishment for the same crime is discriminatory. Doing so on the basis of religion or race is racist.

Mark Camilleri conflates Mohammad El Sadi with Abu Hamza al-Masri. A white-haired Muslim cleric must be wanting “to impose on us conditions based on the fear and terror you are promoting,” Mark Camilleri tells Mohammed El Sadi. Does he though? “What we are asking for is that you stop killing us?” he pleads. ‘You?’ Who’s ‘you?’ How many killings is Mohammad El Sadi responsible for? Or is there a collective responsibility here and Mohammed El Sadi can be presumed vicariously guilty of all murders committed by any Muslim anywhere?

I’m afraid this is not acceptable discourse in a lay society. Not by a state official responsible to promote free thinking. Not from an “anti-censorship champion”.