This morning’s Sunday Times editorial sums up why people are angry at the government in the week the government felt entitled to the people’s applause for developments in the Daphne Caruana Galizia case.

“(Robert) Abela must stop repeating the mantra that the rule of law prevails and that the institutions are working. The rule of law will prevail and the institutions will truly work when money laundering and embezzlement charges for gross misuse of public funds are issued against people who occupied, and perhaps still occupy, high office in government. Not to mention the action that should be taken against those who tried and are still trying to pervert the course of justice and leaking information to cover up their own wrongdoing.”

Read the full editorial here and tomorrow join us at a protest in front of Parliament at 5pm. 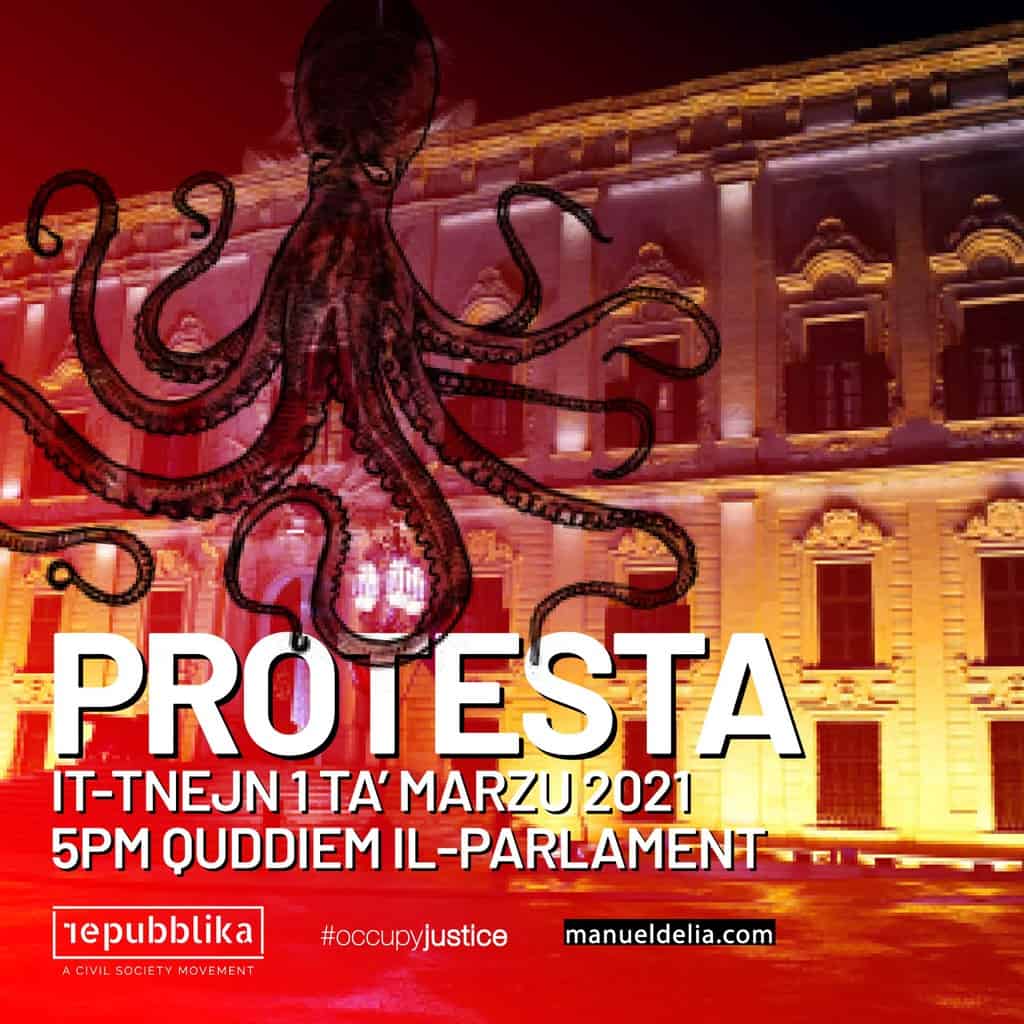 Previous:THE SUNDAY TIMES: The thing with Chris Cardona
Next:Chop off the piovra’s tentacles