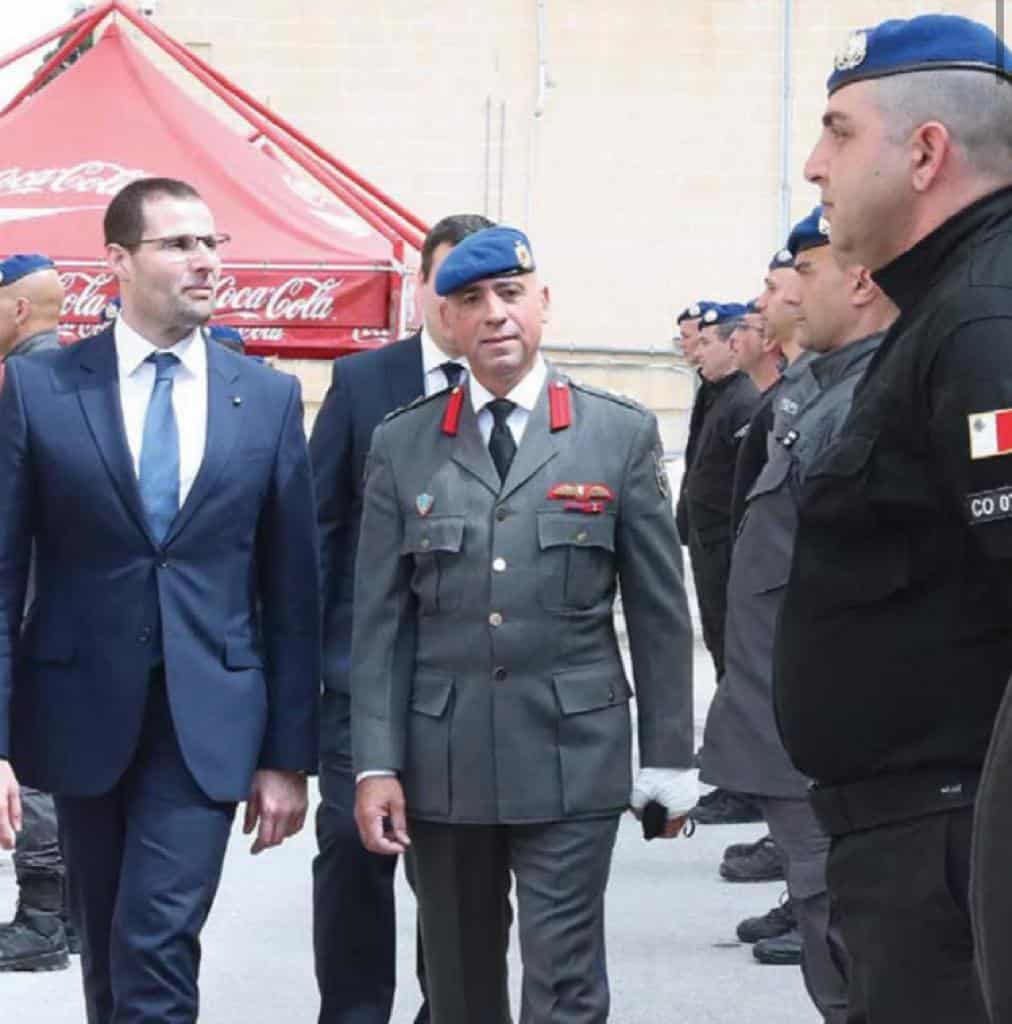 Byron Camilleri said today he ordered the removal of a sign put up in prison by its director Alex Dalli that told prison staff they must teach “fear” to prisoners. Byron Camilleri said he “learned of the existence of this notice in (his) first few days as home affairs minister, and (he) had taken steps to show (he) disagreed with the content of this notice”. The sign was removed at the Minister’s request.

The point is the sign didn’t spontaneously appear in prison. It wasn’t handed down on the Sinai either. It was signed and put up there by Alex Dalli in one of several ways that he displays his fascist tendencies and the pathological delusions of his imaginary grandeur.

Throwing away my tight suits from decades past will not solve my weight problem.

And pulling down a sign commanding ‘the teaching of fear’ does not remove the fact that fear is Alex Dalli’s rod and the way he runs his tin-pot dictatorship.

When I met Alex Dalli in his office in prison last September I knew about the sign and I brought the matter up with him. Here’s an extract from my report of that interview (that you can read in full here):

I asked him, “is it true that you have used the phrase ‘we must teach them the meaning of fear’ when referring to the relationship with prisoners?” His first answer was a categorical no. But he later justified the phrase. “Fear is a good thing. It makes you do good, like the fear of God.” “Are you comparing the fear you have introduced in prison with the fear of God?” I asked. “No. That’s not what I meant,” he clarified.

Later, on the tour of the prison, one of his managers brought the subject up again and spoke for his boss. “I think the director meant ‘fear of consequence’. Prisoners must know that if they do drugs or fight, there will be consequences.”

I was interested in those consequences. They were a big reason for my visit. “Is it true there’s a punishment chair?” I asked. “No.” Another categorical answer. Another answer soon qualified by a justification for a chair, with restraints, used for punishment. “But it’s not a punishment chair,” his voice came back, now shrilly.

His number 2 brought him a dog-eared copy of the prison regulations. Section 69 says “the use of chains and irons shall be prohibited. Handcuffs, restrain-jackets and other body restraints shall not be applied as a punishment.”

It did not feel much of a justification for the now implicitly confirmed existence of a chair with leather belts to restrain wrists and ankles. But the regulations do permit the use of restraints “by order of the Director, if other methods of control fail, to prevent a prisoner from injuring himself or others, damaging property or creating a disturbance.”

Whatever it’s termed, a chair for restraint does appear to exist. Alexander Dalli told me this is normal in other prisons “everywhere”. He denied the person in restraint is kept where other prisoners can see them, and he insisted it was “only used once and then for a few minutes”.

“But the deterrent is there,” he said going back to the topic of fear as a tool.

“Have you carried a side arm on the prison grounds?” I asked.

The question is obviously pregnant. Global prison standards say civilian prisons should be run by civilians, not military people. The regimentation of a military camp does not help rehabilitation and if anything is as unlike the world outside as things could possibly be, making readjustment to the outside world harder. And the threat of guns and weapons by prison authorities, brutalises prisoners legitimising and normalising the idea that it’s the man with the gun that wins the argument. My question on Alex Dalli’s side arm, therefore, confronted the choice of turning a civilian prison into a military boot camp: even a drug-infested civilian prison into a drug-free military boot camp.

At my question he scowled and drew back on his arm chair. His eyes glowered and his pale pallor reddened. He clenched the arms of his chair, notably without leather restraints, and answered, in the original Maltese “mhux affarik”. ‘None of your business’.

Byron Camilleri may have removed a sign. But he did not remove the delusional tyrant who put it there.

Later in his intervention, Byron Camilleri addressed the court case I have filed against him complaining that I was not allowed to visit the prisons. He said he approved protocols that would allow anyone to meet a prisoner.

That’s not the point, now, is it? When I visited the prison I asked to see conditions in Division 6 were new inmates are inducted in reportedly barbaric conditions. I asked to see the sanitary facilities in divisions 2 and 3 because I heard they were degrading and dangerous. I was not allowed to see any of these places. I was not allowed to see even a single cell of the entire prison to verify whether reports of grotesque overcrowding had any basis in fact.

Instead, I was taken on a tour of the kitchen, the place they keep their assault dogs and an empty courtyard. I was not allowed to do my job.

And yet, on that short, carefully orchestrated tour, I saw glimpses of the fear that is no longer proclaimed on a sign in the prison. Glimpses, I say. Then there are 11 prisoners who died on Alex Dalli’s watch. And Byron Camilleri’s.