A state of denial 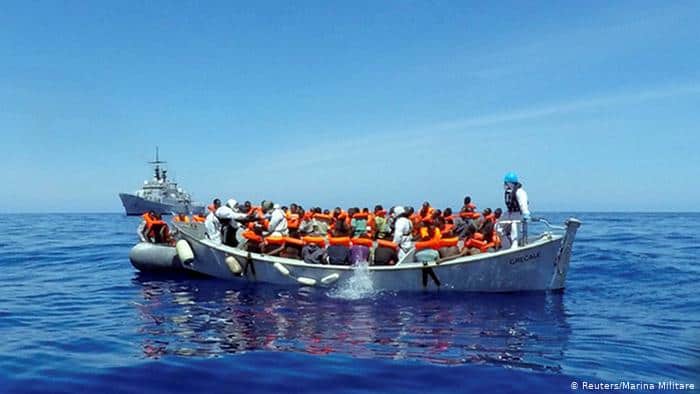 In place of Last Supper exhibitions and masked penitents dragging chains around their ankles, it is now a new Maltese Easter tradition to behave as if no one is drowning in our waters.

The Maltese government and army took an enormous risk over this weekend. They ignored reports of three boats in distress in our search and rescue area. Since I would like to believe they are not callous murderers, they must have hoped that somehow the migrants would make it someplace else: dragged back to Libya or fished by the Italians and taken to that country.

Lovin’ Malta quotes its official sources say that all 270 souls are now in Lampedusa.

Significantly they deny the boats were ever in Malta’s search and rescue area. The claim is refuted by evidence of multiple sightings and coordinates supplied by the migrants themselves during their emergency calls.

Malta’s military is not denying the boats were where they said they had been because they went out to check and found nothing. They didn’t go out to look for them at all.

After all, and this is how traditions are started, last Easter the government and the military got away with it even when people died as a consequence of their callous decisions and many others were pushed back to a harrowing fate in the desert.

Something happened in the last few days in Italy that shows the extent to which European ‘democracies’ feel justified in ignoring their legal and moral obligations when “fighting” migration. Italian journalists, some of whom like Sergio Scandura and Nello Scavo, I work with regularly, have had their phones tapped and their conversations listened to ostensibly to see if journalists were being fed by “traffickers”.

In effect the authorities who did this were criminalising journalism, seeking to prevent it from telling the stories of the suffering of migrants, the only way a community can have its conscience moved enough to insist on the human treatment of all humans, no matter their race or legal status.

Unsurprisingly, it turned out the state officials who did the wire tapping were partisan supporters of Matteo Salvini.

These are efforts to cover up the truth of the policy basis and the policy decisions taken on that secret basis. Governments that act on the basis of laws, must function within prescribed rules and policies. You know if you’re eligible to social housing or to a planning permit because there are rules somewhere accessible that list the criteria you must satisfy.

We do not know anymore when our government and our army feel they need to go out at sea to rescue someone. This makes us all unsafe. It makes us all subject to a government that rules on whim and that is willing to break basic rules, even its own laws, to pursue a policy it refuses to explain to us.

Of course, this is first a matter of choosing between life and death. The emotional response to the government’s callousness in these situations is completely justified.

But it is also yet another measure of the erosion of our democracy: the fact that the government feels justified in keeping secrets from its people because the people cannot handle the truth. The fact that the government (and the army) feel justified in lying flat out because they are confident that their word against the word of NGOs will rule with people who would rather believe their government is not letting people drown.

Maltese authorities deny their own SAR zone!@Armed_Forces_MT denied that the boats in distress that arrived in Italy were ever in Maltese SAR. Topography alone shows that any boat from Libya to Italy must cross Malta SAR. @MaltaGov stop hiding your crimeshttps://t.co/D1RZXgkT8G

This damage from this erosion does not stop at “foreign affairs”. If a government and an army are willing to suspend their humanity, and their determination to comply with the law, when dealing with migrants, they will do so in respect of everything else that becomes a nuisance and a challenge to their authority.

Marie Louise Coleiro Preca yesterday said the Labour Party needed to apologise to people who were misled into believing it was a moral organisation. She didn’t have the treatment of souls tossed in our seas in mind when she said that. She should have.

Previous:Profess your pinkie
Next:Wait, did we just wish ourselves a happy Easter via Ian Borg?