An old story with a new flavour

That is how Robert Abela described the Passport Papers. He’s right of course. Long before these leaks, we understood the government was lying about “talent attracted to Malta” by this scheme. Everyone had figured out the passport-buyers pretended to live here but didn’t. Most had heard of the links with Cambridge Analytica and voter manipulation. Few still took seriously the list published in the Gazette.

It was an old story indeed, just confirmed all over again with new evidence. 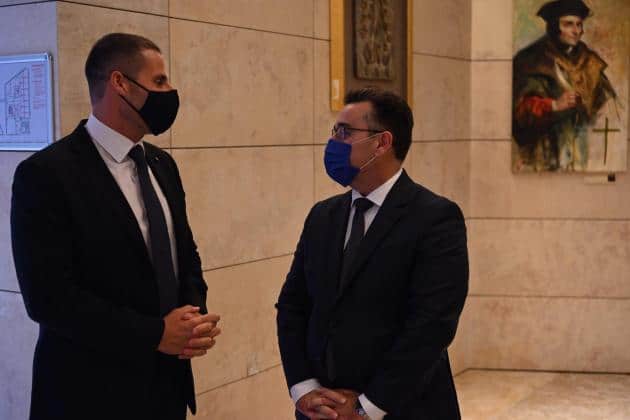 Here’s some new flavour. The PN’s leader told The Shift News his party is now in favour of retaining the IIP scheme. This is a break with his two predecessors – Simon Busuttil and Adrian Delia – who both objected to the notion of selling Maltese citizenship on principle.

Bernard Grech has no such qualms. From The Shift News: “The Opposition Leader said interested individuals should have the opportunity to purchase Maltese, and European, citizenship provided it is an ‘open and transparent process, based on merit. This, in the sense that a person can acquire citizenship based on his or her integrity and clean record and that the criteria for residency and a genuine link with the country are fulfilled,’ Grech told The Shift.”

My first reaction is frustration. The PN, shaky on matters of principle since 2017, has today receded even further in the darkness of moral ambiguity and pathological economic short-termism. The PN is unwilling to confront the simple reality that Malta’s economy cannot be sustained in the long term on the back of financial piracy and that what we should not be doing now is find excuses to continue to indulge our addictions. Instead, we should be looking for new ways of earning our keep.

Beyond the first reaction, there could be another layer to his remarks. Unless Bernard Grech’s understanding of the IIP is flimsier than it should be, he should know that there is no way the IIP remains sustainable if it becomes “open and transparent”. Even official statistics show that the majority of the people who acquire passports are forbidden by their country of origin to hold the citizenship of another country. Any openness or transparency would rule them out.

Many of the others spend money to acquire passports from other countries to hide where they’re really from. If they are exposed all the money they spend to get new citizenship would be squandered.

Expecting openness and transparency from the secret acquisition of passports is like expecting bank robbers to give the police advance notice of their heists.

Park integrity and a clean record for a moment because it remains the be seen what the PN means by these. Bernard Grech does require that “the criteria for residency and a genuine link are fulfilled” before he agrees to sell an applicant a Maltese passport.

Let’s speak about the criteria as they currently exist in the law. The law requires applicants to have lived here for 36 months (that can be reduced to 12). It is doubtful if anyone at all who has bought a Maltese passport since the inception of the IIP has ever satisfied the residency criterion.

The point is if someone is willing to spend 36 months here, they don’t need a passport to do so. They need a visa to get here and eventually a residence permit to stay which is already given, near free of charge, to anyone doing business of any substance here. They don’t need to spend tens or hundreds of thousands for the privilege. They just need a stamp on their passport.

To be clear then, if they’re applying for the IIP they’re never going to do that openly, transparently and after living here for 36 months.

Of course, you still need to account for the meaning of “genuine link”. I think we can safely agree that pastizzi and cinema tickets do not amount to a genuine link. What is, then? Leasing a place they never visit (or has never been built) for €1,200 a month for 5 years?

Bernard Grech has to address these questions because if he is going to try to get away with the idea that he is not going to annoy the real estate agents, the law and accountancy firms, the landlords of those boarded-up toilet-free garages, and the greedy developers selling Saudi sheikhs ferret apartments on plan, then he is not proposing an alternative to the Labour Party’s avarice. He is proposing his own version of the same thing.

The old story is that Joseph Muscat’s IIP programme has whored our nation- and state-hood like a harbourside escort to ambulatory rich punters. Robert Abela bought her new undies. Bernard Grech is promising new flashy heels. New flavour and all that.