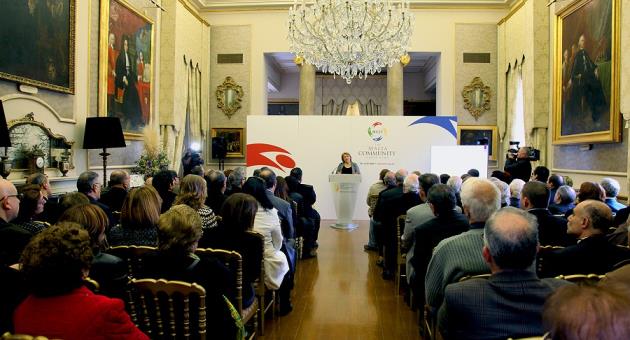 President Emeritus Marie Louis Coleiro Preca saw it fit to advise the Labour Party to apologise for the corruption, scandals and numerous other misdeeds committed by them not only whilst in government but also in the run up to the 2013 elections.

Without wanting to go into the argument of what she did or did not do when she was Secretary-General of the Labour Party in the ’70s and ’80s. History reminds us how the Labour Party governed at the time: fear, corruption, frame-ups and even murder were the order of the day.

Coming to think of it, all that has become familiar again, has it not?

But back to my point. Did she ever apologise for the Labour Party then? I think not – so maybe she should first apologise for the mess the Labour Party created whilst in government and how they decimated the economy so that a few people could enrich themselves, lining their pockets. Interestingly enough her Wikipedia page glosses over these misdeeds and instead focuses on her numerous charities.

Well if that’s how you want it Marie Louise would you kindly answer these questions?

Why the last question? Because with such a donation receipt one could go to the Inland Revenue department and list said donation as a tax-deductible. Which therefore means that funds that were potentially generated through criminal activity ended up being donated to the Malta Community Chest fund or more recently the charities run by Marie Louise Coleiro Preca.

That’s not all. Those same donations could have been used in order to obtain tax deductibles – a double whammy for the country but a double gain for these companies and individuals. They laundered their reputations by plastering their donations on their corporate promotion and cashed in the tax deductions.

Interestingly enough, you could call this money laundering too. An expensive solution to be sure. But if the criminals didn’t mind paying, why should I?

Previous:Consuelo Herrera set the example. What will the government do?
Next:The evolution of a lie