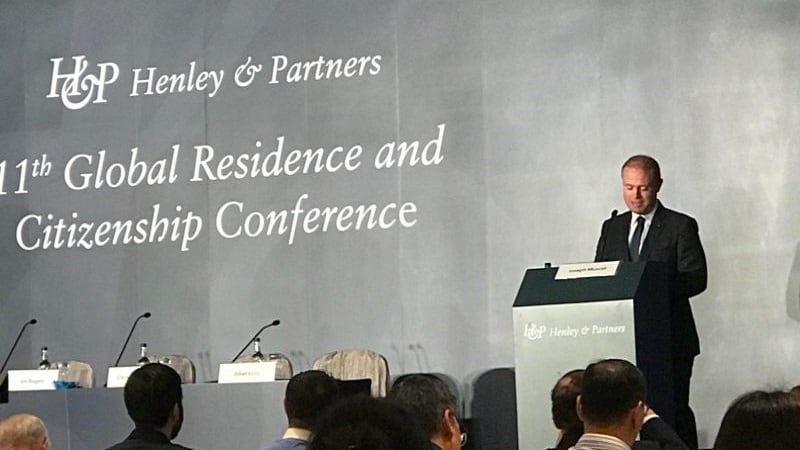 Joseph Muscat’s 2013 ‘roadmap’ was planned way before the day of the election that year. Joseph and his parrots kept repeating ad nauseam that they had a roadmap ready but they never gave details of where it was going to lead. The people learnt about it soon after Labour took power.

A bright light-house on the road map was the selling of Maltese and European citizenship to shady people. Muscat spent quite a lot of his time travelling around the world, with Henley & Partners ‘selling’ passports. The question begs itself. Why did he do it? Was there something in it for him?

An inquiry found no evidence to confirm that Keith Schembri’s deposits at Pilatus Bank amounted to kickback from selling passports. But no better explanation has been found for money received from the same BVI account where passport fees were paid in. Did Joseph work for H&P pro bono?

Before Daphne Caruana Galizia was assassinated in October 2017, a source was providing her with evidence about the famous citizenship golden passport scheme devised by the shamed former prime minister Joseph Muscat, who you will all recall was assigned the trophy for the most corrupt political person of 2019. After her untimely death, her family tried to get in contact with the source but had little to work on, not even a name.

Luckily, the whistle-blower re-emerged. We saw more evidence about the corrupt scheme in the revelations now known as the Passport Papers.

The Daphne Caruana Galizia Foundation, through funding from the Investigative Journalism for Europe, began investigating it in 2020, in collaboration with The Times of Malta and other foreign and local organisations scrutinising hundreds of thousands of documents. They uncovered loopholes in the golden passport scheme which create opportunities for corrupt deals – the hallmark of Joseph Muscat.

Joseph Muscat in September 2013, when Malta’s parliament was in recess, quietly introduced a scheme for individuals to buy Maltese passports. He published the details in a Legal Notice, which established a new state agency, Identity Malta, incorporating all departments responsible for passports, identity cards, work and residence permits. Three days later, his government signed an agreement with Henley & Partners Holdings to operate a passport sales programme.

Muscat, the former corrupt prime minister, endorsed the passport programme, which he said had been ‘crucial to the betterment of Malta’s economy’. Joseph Muscat emphasised that meeting applicants at the request of Henley & Partners had ‘no bearing’ on the process which according to him had to pass through a rigid independent due diligence. He added that all applicants were subject to Europol and Interpol database checks. He was having a laugh.

Investigations showed just how ‘rigorous’, the exercise of a system designed to be cheated was. There are tons of examples.

Christian Kälin, the Swiss chairman of Henley & Partners, successfully approached the Labour Party before 2013 (though both sides deny it). The scheme was introduced in 2013 and has so far had more than 2,200 beneficiaries mostly Russians, Chinese, and Saudis among others.

By 2020, the scheme became known as a “golden passport” scheme and the European Commission finally decided to initiate infringement proceedings against Malta. Cyprus, which runs a similar scheme, is facing infringement proceedings too. The Commission said that “the granting of EU citizenship for pre-determined payments or investments without any genuine link with the Member States concerned, undermines the essence of EU citizenship.”

The leaked documents also reveal the false nature of the golden passports scheme. They suggest that for many applicants, claims to nationality based on a genuine link to Malta are largely forged or insignificant. Documents prove that the EU’s suspicions are real – few of the applicants have ties with Malta. In theory, those who apply for a Maltese passport are supposed to reside for at least a year, but many spend the least time possible on the island. There were cases when rich individuals flew to Malta twice, to collect the residency document and to swear an oath of allegiance and pick up their passport. Leaked documents show that on average applicants spend less than three weeks before securing a passport.

Henley provides assistance to applicants on how they can take advantage of the system – scoring points for buying real estate, employing local professionals and chartering a boat for example. One client earned credit by donating football jerseys to a third division amateur club. That ticked a box. The applicant claimed he lived in something not much better than a chicken coop with a bed in the kitchen. That’s how billionaires secure ties with Malta.

A Saudi prince who privately met Muscat asked that his full name be kept off an official gazette where the names of new citizens are published. Dual citizenship is illegal in Saudi Arabia. The prince said he had sought alternative nationality because he was worried about events in the Middle East. His name was deleted from the official documents. It is natural that one asks if he needed to pay extra for the privilege that seems to have no basis in law.

Most Malta-passport holders are illegal dual citizens with Russia, China and Saudi Arabia.

Is Joseph Muscat still involved in this scam? His trolls are still busy calling PN MEPs traitors. But they are not the ones selling Maltese citizenship.

Reports say the scheme generated over €1 billion in the first 18 months of operation. Between July 2015 and June 2016, it accounted for 2.8% of the Maltese economy. Henley & Partners, which operates across a number of small-island jurisdictions, credited Malta as their number one citizenship programme.

But it couldn’t have happened without Joseph Muscat’s willingness to re-write rules and bend them even further. His front and centre role in promoting the scheme was unseemly.

We know Joseph Muscat too well not to wonder what he still stands to gain.

Previous:Our competitors are laughing
Next:Pay me to vote for me