Vacancy in the Speaker’s chair 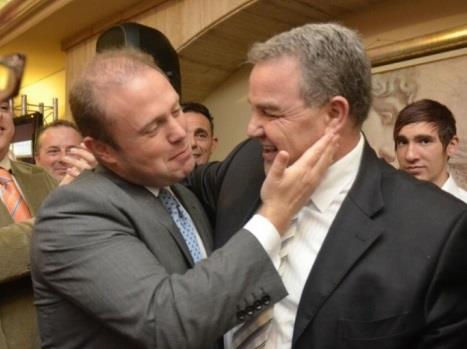 Anġlu Farrugia’s non-decision of yesterday is spectacular in its inadequacy. By refusing to do one of the very few things the Speaker of Malta’s Parliament is actually expected to do (apart from listening to interminable and unproductive rhetoric), he has made himself redundant. But that’s just the start.

I won’t bore you with the esoterica of Parliamentary procedure. Much.

Under normal circumstances, a vote in Parliament is expected to yield a clear result. More people vote aye than people who vote nay and the ayes have it. “Abstentions” as such are symbolic. They don’t count with either side and therefore add nothing and take nothing from a vote.

The Speaker, under normal circumstances, declares the result of a vote but doesn’t get to vote. There are some specific exceptions to this but I promised I won’t bore you with too much trivia.

The rules that apply in the big chamber apply in committees as well.

One of those committees is set up to consider reports made by the Commissioner of Standards in Public Life. Its composition is unlike any other committee, where the government side invariably enjoys a majority. In this case, the Committee is made up of 4 voting members, 2 from the government side and 2 from the opposition side, and the Speaker who presides but doesn’t vote.

It’s not hard to imagine what the guys writing that law were thinking. They would have thought that a committee deciding on findings of breaches of ethics should not be controlled by one side of the House. Both sides should have the same number of votes to try to encourage them to set a high standard and vote together when anyone – whatever their political colour – breaks the rules.

But the guys writing that law weren’t idiots either. As the Italians say, they knew their chickens and fully expected deadlocks when the two sides stick to their tribe. So they wondered how they could break the deadlock. How does one insert a measure of objectivity when subjectivity splits the committee in two?

In the UK House of Commons, they do that by having half of the analogous committee made up of people from outside Parliament, recruited by competition for their expertise on ethics in professional conduct.  That way UK Parliamentarians who are accused of ethical breaches do not only answer to a committee made up of their peers (and their opponents) but also external people representing the public to whom MPs should be accountable in any case.

That’s not what we do here. Instead, the writer of our standards in public life law gave the keys to break deadlocks to the Speaker. The thinking must have been that since in any case the Speaker is expected to be, in their full-time role, impartial between the two sides, they should be able to decide impartially in the standards committee as well. The Speaker’s judgement then is expected to be beyond the partisan interest of either the government or the opposition party.

Leave aside for the moment the extremely shallow reasons Anġlu Farrugia gave for not liking Commissioner George Hyzler’s report enough to vote to adopt it. The point is, even by his judgement, those reasons weren’t strong enough for him to vote to reject the report either.

Anġlu Farrugia said he “abstained” as if that was a thing. It isn’t a thing. Imagine he was a juror or a judge. If he’s asked to decide whether the accused is guilty or not guilty, there’s no option to answer “none of the above”. A choice would have to be made. If there are too many doubts to hand down a verdict of guilty, then the thing to do is to hand down a verdict of not guilty. There’s no “I’d rather not say” tick box.

Anġlu Farrugia did not “abstain” as much as he downed tools mid-surgery because he was too afraid to even try to finish his job.

Also, the law gives the Speaker a casting vote even though the law doesn’t give the Speaker the right to an original vote. I have to impose a bit of trivia here. A casting vote in a Parliament is expected to be rare because Parliaments are usually big enough for a majority to defeat a minority.

But they do happen and Westminster Parliaments (like ours is meant to be) usually refer to some three centuries of precedent to guide Speakers on what to do in case of a voting tie. They’re generally not expected to vote according to their opinion on the subject matter at hand. If they were allowed to do so, Speakers would have an original vote, to begin with. They don’t so they shouldn’t.

They’re expected instead to vote in such a way that if there’s a choice for a debate to go on or to be shut down, their vote allows the debate to go on. They are expected to ensure that a motion is only approved if it is backed by majority opinion and that if there is a tie on a vote on an amendment, they should vote to keep the original motion unchanged.

I grant you, this is all quite obscure.

The point I’m trying to make is that all this works because casting votes are expected to be rare. But voting ties can’t be expected to be rare in a 4-person committee with 2 votes each for 2 political parties. In this context, deadlocks are likely to be pretty frequent when the political environment is as confrontational and as polarised as ours is on any given Sunday, let alone on elections’ eve.

In the specific context of the standards committee, the Speaker must surely be expected to ensure that decisions are taken, because when they’re not, the Committee becomes useless and the work of the Standards Commissioner is completely wasted. The law that creates all this would become a dead letter.

Please understand. I’m not here criticising Anġlu Farrugia for not agreeing with George Hyzler’s report on Carmelo Abela. If he voted against him I would be doing that. But you see, he didn’t. He didn’t vote at all. He ran away. That’s what this criticism is about.

The Speaker was yesterday expected by all sides to break the deadlock because he was put there precisely for that reason, not to renew the deadlock with his own internal struggles.

The Speaker, in this context then, must surely be expected to consult his conscience, to rise above partisan interests and to replace the petty divisions expected from a committee split down the middle with a voting behaviour that upholds the desire to ensure ever better standards in public life.

All we’ve learnt yesterday – not that this is new to anyone – is that Anġlu Farrugia is not up to that responsibility. Once again, we find we have plenty of institutions, laws, standards, investigators, agencies, guidelines and regulations, but we don’t have men (the women are consistently better at this but alas too rare) with a spine that enables them to stand upright and fulfil their duty according to law and ethics. Especially when their duty requires them to displease the government.

This started out as a story about a government minister pilfering €7,000 of government money to promote himself on newspapers without providing a smidgen of public utility in the process. And now it’s become an indictment of our Parliament and its ability to fulfil its basic function of keeping the government in check.

With someone like Anġlu Farrugia in the job, that’s like sending me to play the football world cup.

Previous:It’s only a quarter of a billion ta
Next:Letters from Strasbourg