When they looked away 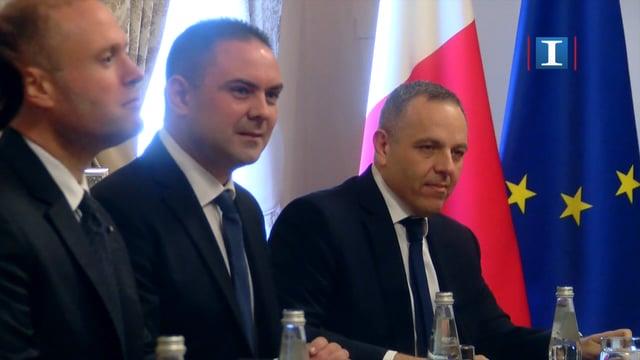 This series is worth your time. It is important to dig these up because one by one you’ll see Labour Party politicians wear a new skin and looking to convince you this has always been what they stood for. Whenever history is inconsistent with their narrative they will try to bury your memory of it.

This is Owen Bonnici, who people still thought of at the time as some sort of rising star of the Labour Party. The news had emerged that Keith Schembri had set up a trust in New Zealand and made it the owner of a company in Panama.

We recently heard in evidence that Nexia BT billed Keith Schembri €9,000 to set up these structures for him. It should have been clear to anyone who ever opened a bank account at a high street branch that going through this sort of trouble to set up a bank account meant you were up to no good.

I accept that the esoteric art of layering and money laundering is difficult to understand for people who have what’s left of their monthly salary after tax debited to a current account which they are not allowed to look at before the bank gets first dibs to slice off the mortgage payment.

And I also accept that some would rather admire people who have a lot of money than wonder where they got it all from.

But Owen Bonnici – and Keith Schembri’s and Konrad Mizzi’s cabinet colleagues – understand this stuff. Which is why they are responsible for misleading the entire population with these ‘explanations’.

Here Owen Bonnici dismisses the reports that Keith Schembri set up his New Zealand and Panama structures as an ordinary administrative breach that happens to “many employees” and that can be rectified with a conversation with the tax man.

The repeated use of the word ‘administrative’ is intended to fill the vacuum left by what the action really was: ‘criminal’. ‘Many employees’ replaces ‘corrupt politician abusing his position of political power for personal profit’. ‘Rectified’ is used instead of ‘suffering consequences provided at law’.