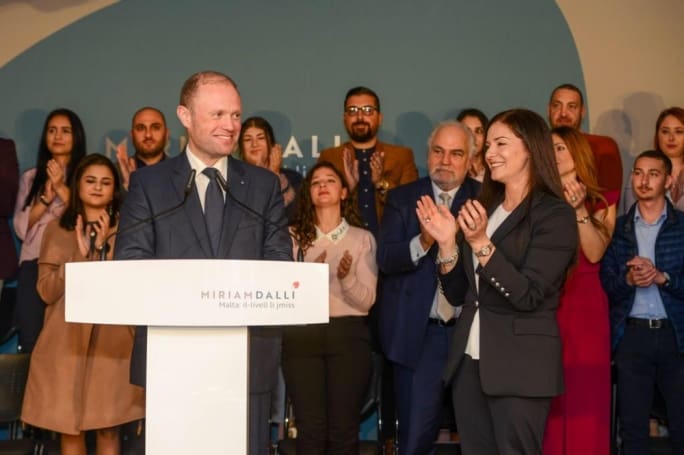 Here’s another one who shows up to save us from ourselves.

Watch this speech by Miriam Dalli a few days before the 2017 election projecting onto Simon Busuttil the guilt of her own party and her own party leader like a lab mouse for someone trying to prove Freud’s defence mechanisms.

She says Simon Busuttil is gullible, believing what he’s told. He’s superficial for not checking his facts. He is a liar, making false accusations against innocent people hoping they stick.

This speech is from that week when Simon Busuttil climbed the steps of the court building with colleagues and staffers carrying half a dozen box files filled with evidence. When he emerged from the court building Simon Busuttil explained he had presented the court with documentation to show Keith Schembri had laundered money from two illicit transactions: one with Adrian Hillman and the other with Brian Tonna.

Miriam Dalli was gullible. She believed what Joseph Muscat told her, that ‘the box files were empty’. And you really needed to be gullible to believe that. Such a grotesque gesture, going to court with empty box files, would have been slammed by the magistrate as contempt.

Miriam Dalli was superficial. Instead of taking for granted Joseph Muscat’s claim she should have checked the facts. The fact was the magistrate said he had seen enough to order the opening of an inquiry. But Miriam Dalli ignored the truth she saw with her eyes preferring to believe Joseph Muscat.

Expect Miriam Dalli to walk away from Keith Schembri. And soon from Konrad Mizzi. And one day even from Joseph Muscat. She’ll say she never had anything to do with them and she’ll fault your memory for thinking otherwise. She’ll never assume responsibility for lying to herself, her party and the Maltese electorate.

But you need to remember, so please watch this. The speech is cued to start at the relevant extract. (03:15).