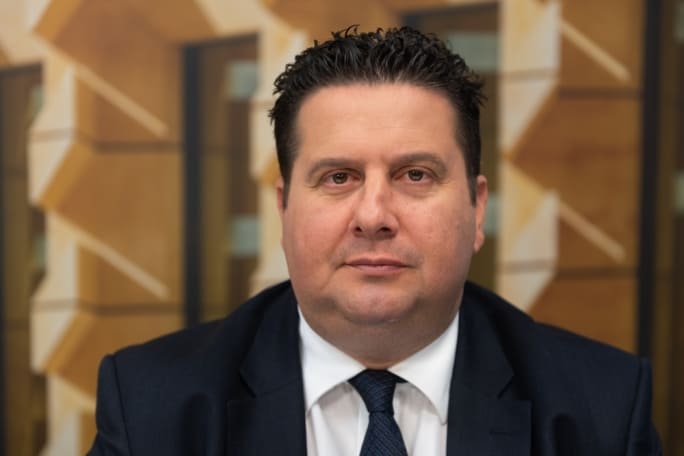 Purely on the basis of having gotten it wrong, this man should go into hiding. Here’s a video of Edward Zammit Lewis from 2019, holding court on his party’s station. It’s Good Friday and you’re meant to be fasting and meditating on sins, so take out these 3 minutes of suffering and count them against some of the indulgence coming your way on Sunday.

Taken at face value this is a bit like that school teacher who wrote on Albert Einstein’s school report that he would never amount to anything or the producer who rejected the Beatles because nobody likes a guitar band anymore. Edward Zammit Lewis was just plain wrong.

But look deeper and you see that Edward Zammit Lewis is here accusing Simon Busuttil of defying the law and if that he were to comply with “the rule of law” and with “civil liberties” he would have shut up about Keith Schembri, or join the religion that worships him as a god.

That’s a perversion of the law and what it is for. It is also, now that we hear the evidence in court against Keith Schembri being explained by the police, Edward Zammit Lewis using his political power and influence on the media (he was on a station his party owns) to protect and harbour someone who is only still called “allegedly” a criminal because the proceedings against him started 5 years after they should have.

Finally. Edward Zammit Lewis is justice minister. That role is fundamentally incompatible with his flagrant attempt to harbour a criminal and mislead the public about what the State – not just Simon Busuttil – should have been doing about the evidence against Keith Schembri.

Edward Zammit Lewis is hopeful the Maltese electorate will not judge him too harshly. That the Maltese public will confirm him and his party in power at the next election. He may be right.

He may not care now but history will judge him too. It will not judge him for his walkabouts at the Birkirkara market. It will judge him for his role in the biggest lie in Malta’s political history. He is driving the getaway car in this heist. He is the tottering fool laughing on this edifice on the brink of collapse. Maybe now, maybe later, he too will go down.