“To oppose corruption in government is the highest obligation of patriotism.” 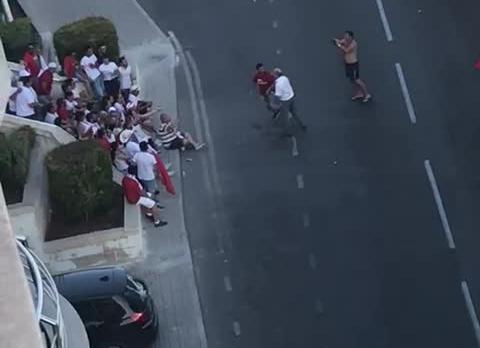 Never in Maltese history did we have a government so corrupt as the Labour government has been since 2013. Corruption has become a synonym for Labour. The famous roadmap promised by Joseph Muscat before 2013 was nothing more than a way to embezzle millions from the common taxpayer. Castille, which is supposed to be the administrative model for good governance, has been turned into a den of thieves. Crooks were invited to have an espresso in the office of the Chief of Staff. Alleged assassins used to visit Ministers and the Chief of Staff regularly. They were in cahoots with them, inviting them to dinners and parties.

The list of blatant corruption and money laundering activities would take all the space in this blog to mention. It has been with us every single day since 2013. Every day, a new case, from the Electrogas corrupt deal which was the cause of a journalist uncovering corruption being assassinated mafia-style, to a brokerage payment by a corrupt businessman, allegedly the mastermind of the murder, made to a parliamentary secretary. From the wind farm project in Montenegro to a minister promoting himself on the media at a cost of €7,000 and the €15,000 contract handed out by the Minister for Education (just re-instated after resigning over her ex-husband and assistant commissioner of police was caught in collusion with hardened criminals) to another close friend.

Labour’s face for the 2013 campaign, the sweet girl arguing with her mother on the eve of the election, saying “ma, how arrogant” and “they raised their pay” to “Pa, I’m sorry, no I am not sorry. I’m voting Labour” was last week arraigned charged with laundering money. She did vote Labour, and maybe that’s why the police found €52,000 stuffed in glass jars around her home and some 8 or 9 Rolex timepieces. Looks like watches have a special effect on Labour crooks – remember the special edition Bvlgari watch donated by a criminal to Joseph Muscat for his birthday. It was a watch commemorating Malta joining the EU, something which Joseph Muscat vehemently opposed before 2004.

The Shift News has lately focused on the Marigold Foundation, taken over by Michelle Muscat from the Bank of Valletta for a mere €100. The Foundation was receiving hundreds of thousands of tax-payers money from ministries, obviously, the biggest amounts (more than €500,000) came from the Office of the Prime Minister. With the latest threat hanging over NGOs’ heads, this should be investigated, maybe by the Auditor General or the Commissioner of Standards in Public life. Is there yet another washing machine?

Yet, according to surveys, Labour will win the next election. Will the Maltese people endorse corruption even if the perpetrators stole money from their pockets and from their families? Will they go next to Nexia BT offices as they had done, beer cans in hand, to celebrate in front of Pilatus Bank after the 2017 election results? When will they get it into their heads that ministers and high government officials are there to serve not to rob them? Will they go carcading when Labour once more is elected to power?

Have they yet asked themselves:

Why did Joseph Muscat ridicule and call Simon Busuttil a liar, when he knew well enough that he was saying the truth?

Why did Joseph Muscat say the boxes presented to Court were empty pizza boxes? Everybody knows that they were not empty as Keith Schembri is now to face money laundering, corruption and perjury accusations.

Why did Konrad Mizzi sell our hospitals for €1?

Why does Malta have to pay an extra €40 million a year through the Socar Deal?

Why did Joseph Muscat sell a large area of land at Żonqor to a Jordanian construction developer?

Why were Nexia BT selected to give consultancy in every government project since 2013, from the Electrogas power station to a design for a public toilet? Who gained from this apart from Brian Tonna and Karl Cini who may I remind you opened three Panama Companies – Tillgate, Hearnville and the famous Egrant?

As John Steinbeck said “Power does not corrupt. Fear corrupts, perhaps the fear of a loss of power.” Yep.

Previous:Quick, a white man is drowning
Next:We don’t do it for the thanks