No way out of hell

I want to share with you this video blog by Peppi Azzopardi reacting to the news that a young woman who attempted suicide in prison died a few days after she was hospitalised for her self-inflicted wounds.

The irony is her death will not be listed as a ‘prison death’ by the self-satisfied keepers of statistics in prison. Because if an inmate is declared dead outside prison grounds, the prison authorities do not acknowledge the death as having happened under their watch.

By their account, something like 2 inmates died in prison by unnatural causes in the four years since the prisons were turned into a gulag run by Alex Dalli. The proper count is closer to 12.

There’s another irony. An inquiry is now underway because that happens automatically in these situations. It will go on for months and years during which the prison authorities will say they are prevented from giving an account of their conduct in this case. By the time the inquiry is completed, the case will be forgotten. Since it’s a criminal inquiry it will be a secret document and the Attorney General’s decision to do nothing with the findings will, in practice, be subject to nobody’s review.

They let them die. Then they bury their memory. And finally, they suffocate the course of justice in whose name they punished them in the first place.

I disagreed with Peppi Azzopardi when he approved of Magistrate Joe Mifsud’s decision not to send the architects found culpable for the death of Miriam Pace to prison. His point was that our prisons are cruel and vindictive. Consider the case of its last victim. It appears she had been imprisoned for 6 months for petty crimes she got into to pay for her drug addiction.

She was denied drug treatment and imprisoned instead, her body pushed to shock from withdrawal, her mind driven to despair.

The prison authorities blamed their doctor for not reporting a suicide risk. And yet, it happened.

Peppi Azzopardi wondered why we would want to inflict this sort of cruel indifference with distinct streaks of sadism on anyone, whatever they had done.

I wouldn’t. I don’t think there’s a contradiction between wanting appropriate punishment for crimes and not wanting that punishment to be cruel, let alone to allow someone who committed crimes because she could not handle her addictions to kill herself. A person who is allowed to kill themselves under the care of the State that fails in its responsibility of preventing such a thing from happening is not a suicide victim. The State (and its officials) are as culpable for her death as those architects whose greedy indifference allowed Miriam Pace to die.

People should not be pushed to their deaths in prison no matter how heinous the crimes for which they are serving time. When I complained the architects who caused Miriam Pace’s death were not sent to prison, I wasn’t calling for them to be treated inhumanely or to be allowed to kill themselves.

My outrage when Wahid Ben Ali killed himself was not muted by the fact that he had been serving a life sentence for a series of murders. It is hard to imagine crimes more deserving of punishment. But no one deserves torture or untimely death. There can be no law that allows this.

Repeatedly, Alex Dalli gets away with this. He moans at anyone willing to listen to him about his heroic sacrifice policing the prison. But he’s not the one doing the dying, is he?

A few days ago he testified in court in the case I brought against the government when they ignored my requests to visit the prisons to assess conditions there. He walked into Judge Toni Abela’s court escorted by two buff uniformed guards, all in black, Manga masks on, and sporting sidearms.

‘Who are they?’ the judge inquired, pointing at the two robocops. ‘What are they doing here?’ He eyed one of the guards hovering his twitchy fingers over his gun holster like a baddie in a cheap Western. Alex Dalli’s lawyer, Mario Mifsud, told the judge they were “Mr Dalli’s assistants”. The judge thought about it for a second, trying to understand why Alex Dalli needed “assistants” to give evidence and why they needed guns. Having quietly answered that question to himself, the judge ordered the so-called assistants out of his courtroom.

To an observer it might have looked like Alex Dalli walked into a courtroom thinking he might bully the people working there and to somehow intimidate or at least condition them: a little coup d’etat of convenience. Some might say Alex Dalli sought to exaggerate his importance with an escort of armed guards. That he may have sought to use the threat of violence in order to re-write the script of a drama where he’d be asked to give an account of his conduct.

Imagine what he does in “his” prison where no judge, no one, can order his goons out of the room. Imagine how Alex Dalli practices the fascistic religion he has founded where his relationship with others must be predicated on their fear of him.

You are perfectly entitled to dismiss us all as idealistic ninnies and bleeding hearts.

Perhaps you’d be right. But however strongly you may feel about crime and punishment, if you hold yourself part of some form of contemporary understanding of civilisation, even you will likely distinguish between punishment and cruelty. Byron Camilleri, Robert Abela and the rest of the government don’t. And people keep dying. 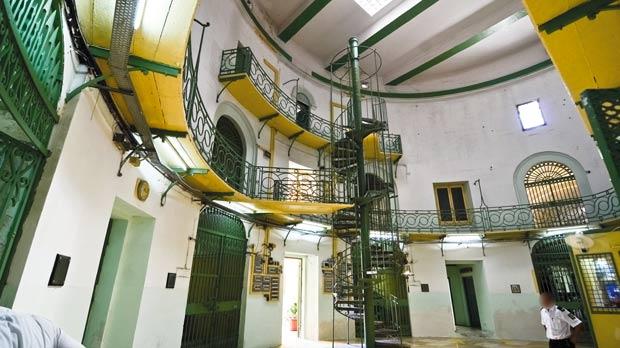