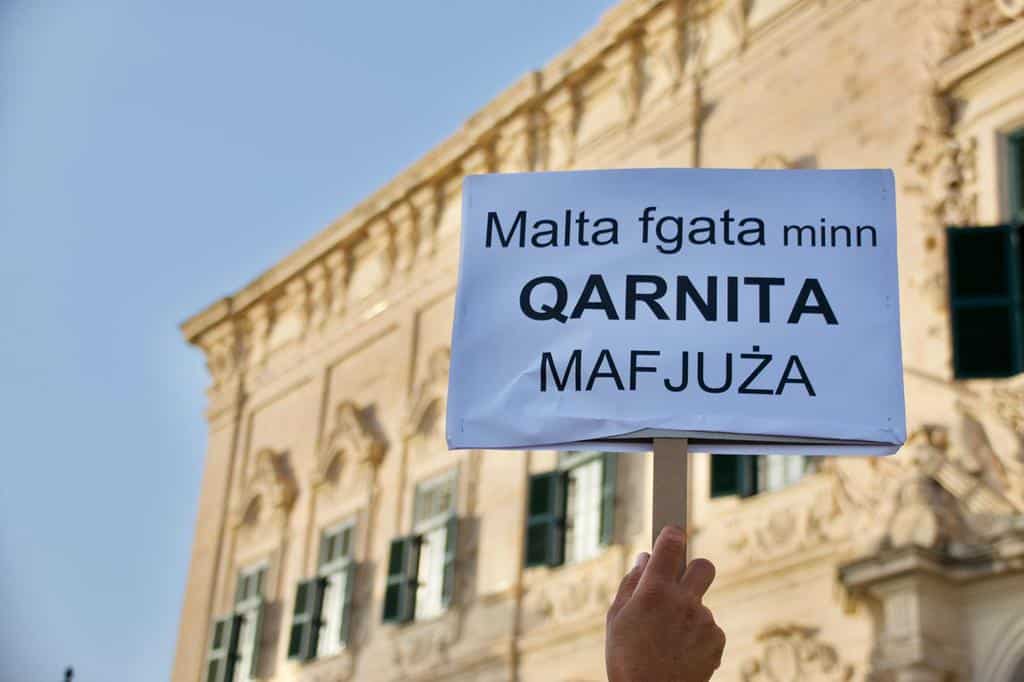 Today’s decision by the Constitutional Court confirming the denial of bail to the Degiorgio brothers is very, very important. There’s the obvious importance of keeping the Degiorgios in detention. They are awaiting trial for killing a journalist, in and of itself an assault on the very basis of democracy. They were part of a wider conspiracy and no court is in any way certain that all those involved in that specific crime has been named, let alone charged. In their request for a pardon they named present and past Cabinet Ministers in connection with Daphne Caruana Galizia’s killing and other crimes.

Those reasons outweigh the reasonable argument that they’ve been waiting for a trial for four years. That’s four years when in spite of all the evidence we have seen they must still be presumed innocent until they’re proven otherwise at a trial.

Today’s decision however turns on the government with a clear warning. The government needs to immediately move from idle talk to proper action. Even the Degiorgios are entitled to justice in reasonable time. Though the case they’re involved in is complex and requires time, the government still has the responsibility to ensure the courts have the resources and ability to hand justice down without unnecessary delays.

The Constitutional Court presided by the chief justice working with two senior judges lamented outdated procedures that slow proceedings down. They told the legislator (which in practice in this country, without division between parliament and government, is the prime minister) that they must stop dragging their feet and introduce the necessary changes.

In a way, this reflects the findings of the Daphne Caruana Galizia inquiry that said we should upgrade our laws and our court procedures, not to mention the court’s resources, to properly deal with mafia crimes.

The Constitutional Court today had to deal with pleas made by two very specific alleged assassins with very specific complaints of very specific circumstances. But there’s a general application to this. Crimes committed by organised crime, in pursuit of complex criminal objectives often very indirectly connected to the violence it perpetrates, will be characterised by the same features that describe the case against the Degiorgios.

A mafia killing is committed on behalf of a loose organisation where not every beneficiary from the profits arising from the crime needs to assent or to operate actively to contribute to its execution. But without the mafia killing the members of the association do not get the unlawful public contracts, or the effective market monopolies that are enabled by the intimidation and terror caused by the killing.

Our existing procedures, laws, and resources in court, but also in the prosecution service, the police, and other state agencies, are woefully inadequate to fight this.

The crooks and the criminals know that and exploit it. They use fundamental human rights, which their actions have shown them to be so utterly contemptuous of, against their victims. Against us. They abuse the civility of our system that wants to protect everyone’s rights, including theirs, to accuse us, the rest of society, of denying them a fair trial, privacy, and other excuses they come up with, with remarkable resourcefulness and industry to, effectively, get away with murder.

I am perhaps stretching the argument if I were to say that the Constitutional Court joined the calls on the government to implement the findings of the inquiry. Let’s not say that. Let’s say instead that if the government invited experts to openly and transparently consult reforms to our judicial process on the lines recommended by the inquiry, the chief justice and the judiciary would have heard of it and would have been giving their input on what they need to properly fight organised crime.

We can safely say they haven’t been consulted and they have not been engaged in any form of reform process because all they complained about today was the legislator dragging its feet.

Here’s one thing the Constitutional Court did not say and could not have said. If the government is ignoring the recommendations of the Daphne Caruana Galizia inquiry to set up anti-mafia laws and to resource agencies to fight the mafia, it is because it doesn’t want to.

For nothing, nothing has changed. And while the Degiorgios and their fellow (alleged killers) hope to benefit from this delay by playing victims, the real victim is this entire society where the mafia, silently, without much fuss, still calls the shots.