This happens all the time but the mistake is mine for not pointing it out each time. It is important to note how One TV reports and comments on a civil society protest because One TV is the TV station owned, controlled, operated, and that speaks for the ruling party. This is the reaction of the Maltese state to a handful of peaceful protesters who camped outside police headquarters to demand criminal action against a former minister caught in a corruption scandal.

The first observation that needs to be made is that the subject of the protest is mentioned nowhere. Nowhere is it said why the protesters say they are protesting. There is no mention of Konrad Mizzi. There’s no reference to any of the statements made by the protesters, not even quoting them out of context.

Instead, One TV – Labour – decides that protesters are somehow angry that the election is not happening now. They give this as the reason without ever saying it is their interpretation or that they believe that the reason the protesters give is false. In other words, they lie.

Then the thrust of the “report” is pictures of people who are seen speaking to protesters. There are Opposition MPs, there’s a priest, and a journalist who happen to be in the area when a car is driven buy and the driver secretly films them. The suggestion is that they’re doing something wrong, illegal, underhand or seditious.

Karl Stagno Navarra gives his assessment of the “evidence”. He says Repubblika is supported by three “pillars of the establishment: the PN, the church, and the media”. This is classic populist discourse shamelessly borrowed from the neo-fascists of central Europe.

When his harangue is done, Miriam Dalli, senior government minister, the minister who is supposed to be cleaning up the mess Konrad Mizzi left behind, endorses Karl Stagno Navarra’s message by standing right next to him and picking up from his monologue the bits that she didn’t mind repeating and underlining. 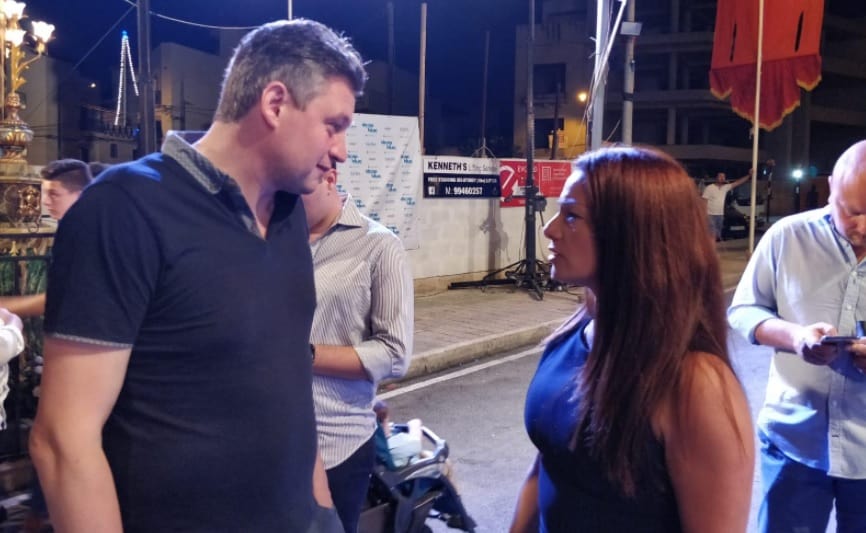 For the average One TV viewer then, a bunch of seditionists backed by inveterate dissemblers like the church and the media are unlawfully looking to grasp power from their party because they are frustrated by its invincibility.

This is what incites the sort of hatred that I wrote about in an earlier post that reaches the extent of people signing their name to outright death threats. Here’s another one from this morning: 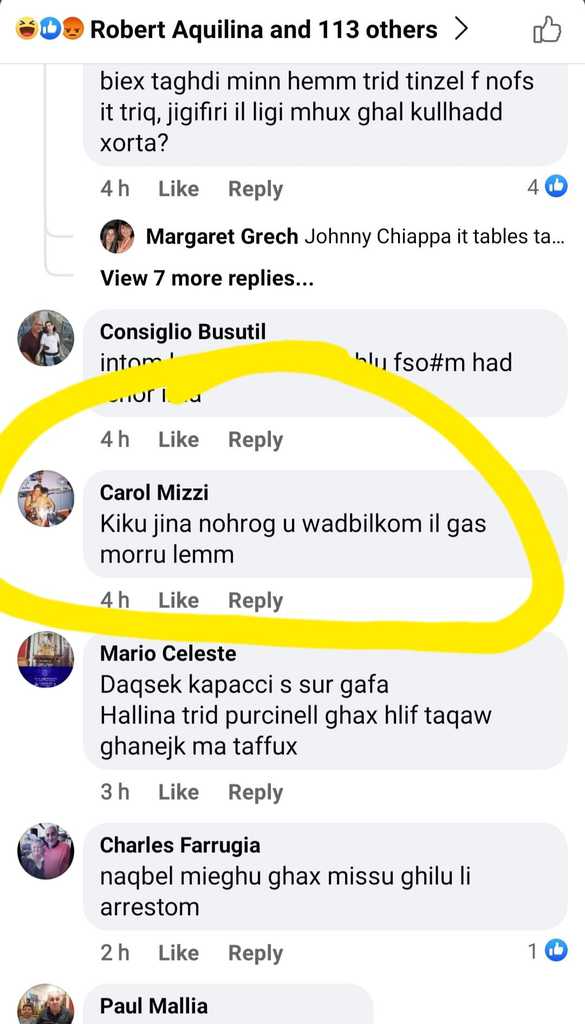 Now watch this. Or skim through it anyway because it’s 75 minutes long and life is too short for all this hatred. Notably life was not too short for this guy to invest 75 minutes to broadcast the hatred that has eaten him up, starting with his teeth.

This guy – “Michael” – is not an official spokesman for the Labour Party though he thinks he speaks for “Laburisti” better than his party does. His hatred is as explicit as Karl Stagno Navarra’s and Miram Dalli’s but not as careful about the outer limits of the law.

Michael incites violence, publicly plots for cold blooded and bloody revenge the day after the next election when physical violence and retribution would not harm Labour’s voting base, and justifies and excuses past violence in historical revisionism that even for someone who holds up the flag of his political party in his overseas apartment is staggering.

It’s in Maltese, so Facebook will be slow to remove this crime which it instead disseminates. Past experience shows that Facebook would almost certainly refuse to remove it anyway. But if we’re honest, what right do we have to expect them to when what he’s doing is ditching Karl Stagno Navarra’s sharp suit, incredibly borrowed on credit, and ramping the hatred from 9 to 11?

To the right audience Robert Abela says that Konrad Mizzi’s conduct is unacceptable, that he should respond to the PAC, and that no one is above the law including Konrad Mizzi. But if One TV skip reporting that the audience that matters to him won’t mind.

If there is enough hatred in the country – and heavens there is – multiple and contradictory versions of the truth can coexist even if they’re spoken by the same prime minister. Still, it’s one thing to play with words. These contradictions are nothing short of an incitement to violence.

The question that remains is, what response to give to bullies? Stay home for fear that they will use their cameras to try to cause you to be embarrassed for wanting justice to be served. Or stand up and be counted by joining protesters tomorrow, Friday, at 18:30 outside Castille.