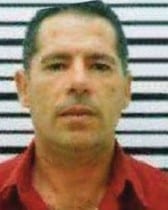 Of the dozens of time-wasting shots in the dark human rights cases brought by the men charged with killing Daphne Caruana Galizia, one paid off today.

George Degiorgio stands accused of being one of Daphne’s killers. He denies any wrongdoing.

The prosecution’s case says that he was the man who sailed his brother’s boat outside Grand Harbour four years ago. He is believed to have set out at 8am and waited there until his brother and Vince Muscat told him Daphne was coming out of her house. They called him over a burner phone they had bought for the purpose which they threw away after the crime was done.

The events reconstructed by the prosecution say that that morning George Degiorgio had made a mistake that gave the game away. He was out of credit for the burner phone so he used his regular phone to call a friend to top him up. First he called one friend who couldn’t help him. And then he called another.

Those conversations were overheard because George Degiorgio had been on the listening list of the security services. They had been tipped off some 8 months earlier by Italian security services who asked their Maltese colleagues for help.

George Degiorgio is believed to have been a serial criminal, a suggestion he denies. He is believed to have been involved in multiple dirty jobs, a mafia button man who kept getting away with crimes because he avoided making mistakes. On 16 October 2017 he made a mistake and as a result he and his accomplices are awaiting trial, facing a possible life sentence, just for this last crime they are accused of having managed to commit.

In spite of the fact that more burner phones were found sunk next to the one he used for the killing of Daphne he has not yet been charged with any other crime.

The same court did not find Degiorgio’s right to a fair hearing has been breached though the court did complain the police did not investigate how this evidence found its way to the press.

The issue again rests on the warranting procedure for wiretapping. Toni Abela agreed with George Degiorgio’s argument that the 6-month warrant used to listen in on his conversations expired a month or so before the day he and his comrades chose to kill Daphne.

The court ordered the state to pay George Degiorgio €10,000 to compensate him for the intrusion of his privacy. Far be it from the state to listen to someone’s conversations while they’re in the very private process of killing a journalist.

The €10,000 grates. George Degiorgio has been under arrest since the first week of December of 2017. A date for his trial, though imminent, is still unknown. Almost certainly, more legal questions about his human rights have been asked of our courts and answered by them than for anyone in our history living or dead.

George Degiorgio did not ask the court to discuss whether Daphne’s privacy was intruded upon when he watched her through the window of her study as his accomplices and he trained on her the cross-hairs mounted on a rusty rifle. Was Daphne’s privacy invaded as they watched her movements from the ridge across the valley from her home? Was her privacy disturbed when they, allegedly, discussed her movements with a government minister who, allegedly, had already imagined her elimination?

Does Daphne deserve €10,000 in compensation for having her privacy distracted by a car bomb that ended her life?

Our civilisation and collective decency are measured by our willingness to treat the worst among us within the limits of the law. That treatment is not denied even to people whose actions are in complete contempt of the law. But our civilisation and decency are also measured by giving due punishment to those among us who hurt others, kill them even.

This shouldn’t make a difference in the case against the Degiorgios at the trial. The question of the admissibility of evidence taken from wiretaps has been settled by the Appeals Court and now the trial must go ahead with the rest of the evidence the prosecution has.

Previous:Better than the best of times
Next:Konrad’s illusion of free will