If stone was free, would you eat it? 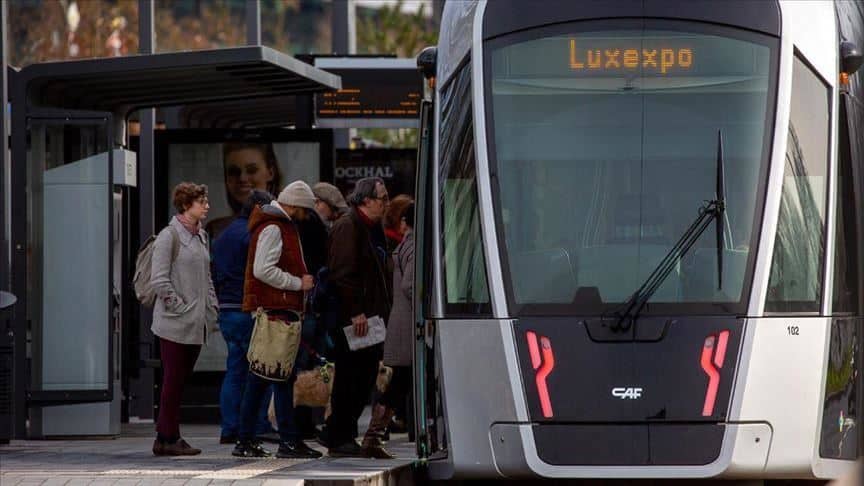 The headline item from yesterday’s budget speech is the news that a year from now bus fares will be scrapped for residents. Tourists will continue to pay. The finance minister estimates that for a regular bus commuter that uses public transport to go to work everyday this will amount to a saving of some €300 a year. No macro figures were provided though, so we have to guess what the full cost of the measure be.

The new expenditure is not specifically shown in the estimates published yesterday. There is a projected increase in the subsidy to the bus operator: €38 million compared with €33 million this year. Last year the subsidy amounted to €37 million. If that was because of a drop in passengers because of covid, then perhaps the 33-38 differential (€5 million) is the projected cost of the new free-transport policy for 3 months of next year, meaning that at current prices the government is expecting that providing free bus transport to residents would cost around €20 million a year.

Does it work? No. Research in behaviour of commuters when these schemes are introduced shows that passenger numbers on buses do increase but car users remain the same. It is people who would walk a short distance, or even cycle, that choose to use the bus instead. Car users have other reasons to prefer the car.

Three years after fares were abolished in Estonia’s capital, Tallinn, the number of bus passengers increased from 55% to 63%, while car journeys decreased only slightly (from 31% to 28%), together with walking (from 12% to 7%). Cycling (1%) and others (1%) remained the same.

And this makes intuitive sense. Do you know of anyone who uses their car because the bus is too expensive? The bus, as it is, is already much cheaper than the car. People don’t change behaviour because of carrots alone. You need sticks: charging for parking, taxing road use and congestion, and hiking fuel taxes.

As part of a bigger plan, wiping away bus fares might be good PR to increase visibility of the alternative. But the bigger plan would have to contain bad news that Clyde Caruana did not deliver yesterday.

On its own, the measure is just burning €20 million every year achieving no environmental or urban benefit.

Economically, providing a service for free and paying its cost through direct subsidies is problematic though there are sectors that we deem crucial to quality of life and we do this anyway. The obvious example is the provision of health services. Whether you’re going in to have an ingrown toe nail seen to or you’re having a heart transplant you don’t get a bill. It’s all covered by a government subvention paid directly to the health provider. Same with the provision of education.

If public transport is going to join these services that are provided for free, the question that needs to be asked is what advantage is there for the service to be provided by a private business. While a private operator charges users for at least part of its revenue, it has a profit motivation to increase custom. To increase custom, it must strive to provide a satisfactory service that keeps them coming back and gets others to try out the service.

But if government is going to cover all costs with a direct subsidy, it will no longer matter to the operator if more or less passengers hop aboard. It will actually be cheaper to run a service that pushes people away. As Humphrey Appleby reminds us, a hospital without patients is a very efficient operation. A bus without passengers works the same way.

The free-bus proposal then, although headline-grabbing, does not answer the biggest challenge we have. How do we get people out of the comfort of their cars into the relative discomfort of the bus? If it was just a question of money the solution would be simple. But it isn’t, is it?