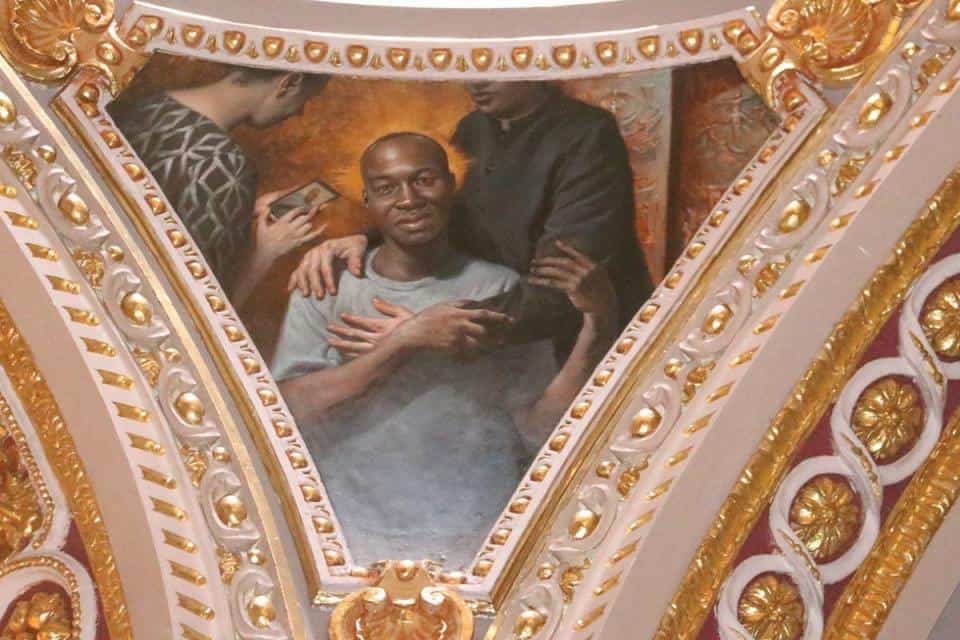 Too often we find ourselves complaining about the chilling indifference of many, and the outright hatred of some, and how the hateful conduct of the worst among us reflects on all of us. Racial hatred in this country is a glaring reality. Discrimination is both cultural and official. The dehumanisation of Africans is widespread and systemic.

It makes a welcome change to note that just because the hatred of the racists reflects on all of us does not mean we are all racists.

A church in Gozo has made a statement by including in a set of new paintings representing the acts of mercy a painting of Lassana Cisse, the 42 year old man killed in an unprovoked roadside attack outside the Ħal Far tent village, for being black.

Watch this TVM feature for more.

Lassana represents “foreigners” who in the state they’re in when they are washed ashore are candidates for many of the list of eight acts of mercy. They are hungry, thirsty, naked, homeless, often sick, and many of them are imprisoned. Too many of them die, abandoned to the sea without burial.

The painting in the St George Basilica in Rabat, Gozo, includes the figure of the indifferent scrolling on her mobile phone looking away. That’s us. Not all of us.