Not really. It doesn’t make it any better that Yorgen Fenech had the “decency” to express his gratitude when the politicians in his pocket did his bidding. The revelation by Times of Malta today that an email exists that shows Yorgen Fenech thanked Adrian Delia for his “measured comments” about 17 Black pretty much closes the circle on the question of whether Adrian Delia’s complicit silence was coordinated with Yorgen Fenech.

Adrian Delia would say that he was focusing his attention on the politicians. But that would be  like focusing on opening a lock after throwing away the key. The fact is that Yorgen Fenech was exposed as having answered the question of where Keith Schembri and Konrad Mizzi were going to get their money from to “populate their assets” in Panama and New Zealand and it brought us closer to answering the more important question: who killed Daphne Caruana Galizia?

Ignoring Yorgen Fenech, as Adrian Delia had done in his “measured comments” was instead taking us further away from those answers.   Deliberately or not, it amounted to helping the culprits hide.

Cut a long story short and Adrian Delia was eventually kicked out from the leadership of the PN. But the story isn’t over. Certainly, Adrian Delia doesn’t think it is. He continues to inflict himself on the PN and clearly fully intends to do so at and after the next election.

Look at this photo taken yesterday circulated on social media as if it was a  warm handshake between De Klerk and Mandela, the reconciliation of factions, the coming together of differing perspectives and policies in the shared interest of defeating a common enemy. 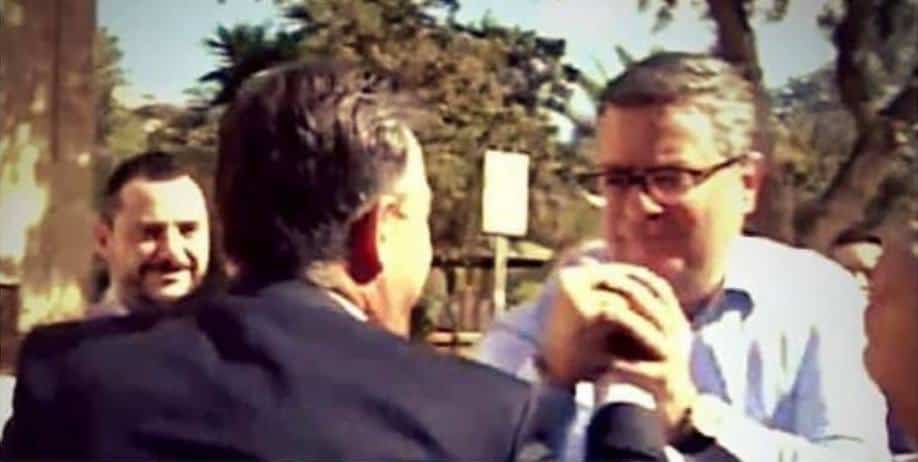 It was no such thing. . Nor will it ever be. Not until Adrian Delia acknowledges, even on the back of some lame excuse, that he had been wrong to take the side of Yorgen Fenech against those within his party and beyond it who were trying to get to the bottom of corruption in Joseph Muscat’s regime and the murder of Daphne Caruana Galizia.

Adrian Delia has never had the decency to do that, to come up with a reason  why he stood on the wrong side of that struggle. He still portrays himself as a victim, branding anyone who dares say otherwise a liar.

Bernard Grech was not shaking hands with some free thinker in his ranks. This was no demonstration of enlightened leadership, rising above personal pique and vaulting ambition. Bernard Grech publicly hugged his ball and chain.

Adrian Delia will always be  the PN leader who, for whatever reason, maybe  corrupt hopefully not, acted in a way that pleased Yorgen Fenech when he was manoeuvring to avoid arrest for murder, bribery, and money laundering.

Bernard Grech has become the PN leader who is willing to act in a way that pleases Adrian Delia.

Did he have a choice? Perhaps not. But that’s not our problem. As much as it isn’t our problem that Robert Abela is unable to cauterise warts like Edward Zammit Lewis and Rosianne Cutajar.

As the election draws near the tension on the highly strung argument that Labour should not be helped by evidence of  division in the opposition will be ever higher. With good reason. The Labour Party should by rights lose the next election, but  the future’s indictment of the present will lead with the fact that in spite of everything Labour won elections in 2017 and 2021 (or 2022).

Adrian Delia was given that gratitude apparently without having to solicit it.

Given the opportunity, Adrian Delia, endowed with the limited influence he enjoyed as Leader of Opposition, acted in a way that condoned and protected Yorgen Fenech’s corruption. Maybe he was explicitly complicit in it. Maybe he wasn’t. But like Chris Fearne, and George Vella, and Evarist Bartolo, and Edward Scicluna, even if he didn’t pocket anything, his silence or his  choice of message  had the effect of helping  Yorgen Fenech continue to enjoy his impunity. No wonder the alleged mastermind of Daphne Caruana Galizia’s killing was grateful.

While we are right to hope that all those politicians who  were ministers in Joseph Muscat’s government and are still ministers now do not make it to parliament and to government after the next election, how can we hope instead that Adrian Delia is a minister in the next PN government?

He fully expects to be if he is serious about his publicly declared hope that the PN wins the next election. And that Brezhnev-Honecker osculation yesterday tells us to fully expect he will be a Minister, if the PN get in. This is no less than we can expect, even after all we’ve been through the last four years, partly at the hands of Adrian Delia. 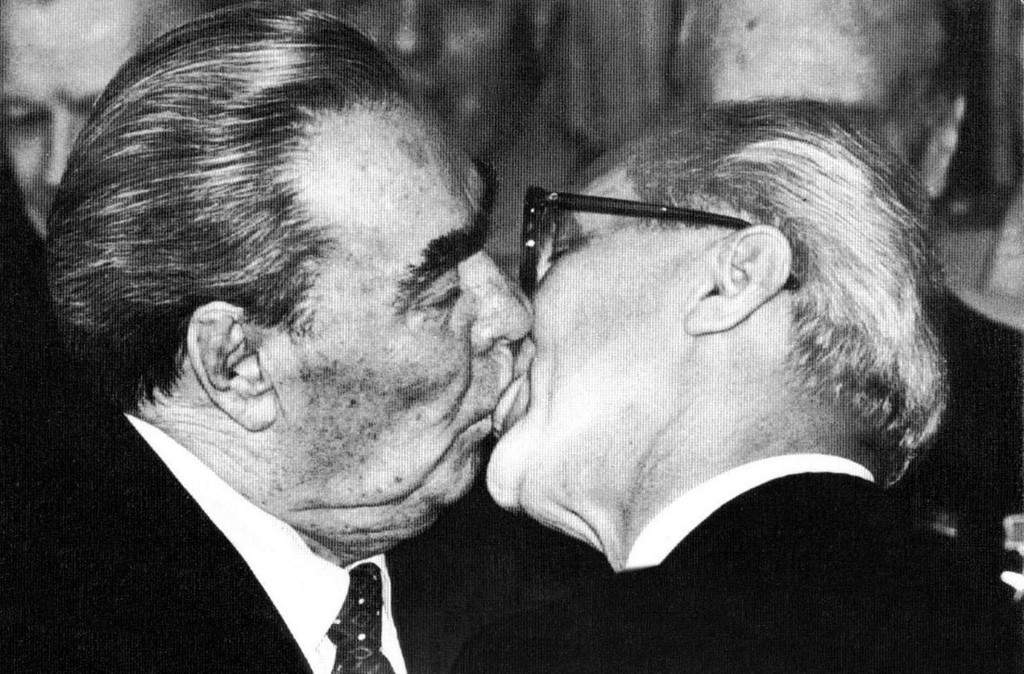 We have, from recordings taken secretly by Melvin Theuma, heard Yorgen Fenech express hopes for the 2017 election. And we heard him express delight at the outcome. Anyone with enough decency in their veins should find extreme distaste  in sharing the political desires and satisfactions of an (alleged) murderer for whom politics is a tool for personal profit.

Just because he’s in jail does not mean Yorgen Fenech no longer feels his interests are not closely intertwined with the next election. Anyone decent should be mindful about the candidacy of people Yorgen Fenech supports. Especially considering that the PN seems unable or unwilling to pay such mind.

Previous:Truth and Justice: Pia Zammit
Next:Some things you should know