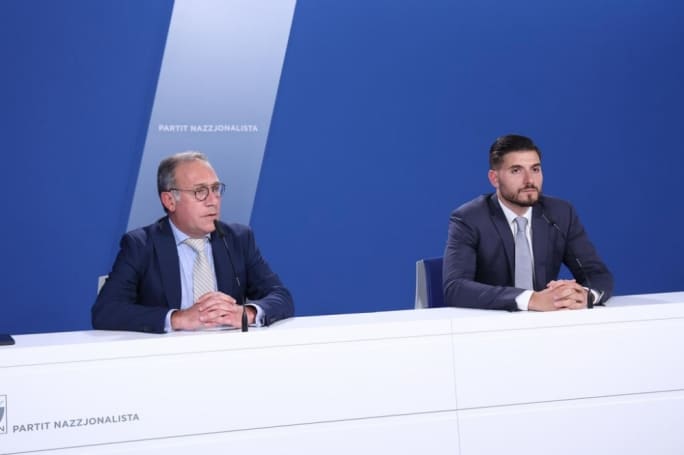 I criticised Joe Giglio and implicitly Alex Borg for issuing a PN statement proposing to solve Malta’s security problems by “immediately” exiling people not born here when and if they commit a crime.

The vagueness of the policy, its crudity, its fundamentally discriminatory nature, made it racist. Accompanied by the other policy proposal of deploying the army to patrol the streets without some form of a state of emergency, it also made it fascist in tone and intent.

Bernard Grech seems to have pulled back on one of those two policy proposals saying he did not approve of “Maltese-v-foreigners rhetoric”.

There’s more significance in that quote than may at first have been intended by its speaker. Giglio and Borg’s statement indeed reduced security issues to confrontations between races. Noticeably, the two PN MPs reacted to a brawl in Ħamrun that concerned people that weren’t born here, emigres from the bloody Syrian war as it happened.

The MPs went all taciturn a few hours later when footage of a barbarous battle in the streets of Paceville emerged. They did not suggest the “immediate” deportation of those involved. They might argue, weakly, that that doesn’t make them racist. It does because they are proposing policy that has a differing application according to whether people breaking the same law in the same way are of Maltese or other descent.

Even accepting their possible claim that they are not racist, we’d have to find they are discriminating for some other undeclared reason. Is it perhaps because the Paceville brawlers on which the MPs had no complaint, consumed the alcohol that fuelled their battle inside establishments owned by clients of one of the MPs?

The other partly hidden significance in the Bernard Grech line on “Maltese-v-foreigners rhetoric” is how he describes the policy declared in an official PN statement: rhetoric. He did not mean to use rhetoric in the classical sense. He meant for it the meaning of today: hollow, populist, essentially deceptive, provocative, intended to whip up emotions, create scapegoats, mobilise hate. He could have said fascist. He certainly said something that meant that.

He also effectively stripped the policy proposals of Giglio and Borg of the status that name gives them. This isn’t policy at all, it is just talk. Dangerous talk at that.

There are two ways of looking at Bernard Grech’s remarks. One way is to say that he had the strength to shoot down rogue utterances of two of his MPs who stepped out of the Party’s line, publicly clarifying that racialist discourse and policy are inconsistent with the values of his Party. Surely, Bernard Grech must have expected that would be the public’s understanding of his actions. More, the public would have to acknowledge the courage of Bernard Grech’s convictions in withdrawing a statement that is designed to harness public anger and attract instant public support. He went against the grain to do the right thing.

If, therefore, you want to look at the bright side and look and find reasons to hope the PN is still run by reasonably balanced and democratic people, Bernard Grech has given you straws to happily cling to.

I’m rather less impressed. Once again, we are asked by the PN not to take too seriously what the PN says, especially when Joe Giglio is speaking on its behalf. Last time that happened Joe Giglio publicly made Joseph Muscat’s case against the whistle-blower who brought down Giglio’s client: Pilatus Bank. And he said civil society organisations were not worth speaking about when a politician, such as he, was in the room.

After the immediate and perfectly understandable shock at his remarks, Joe Giglio clarified that he was merely expressing his personal views, not the official line of the Party.

It’s harder to repeat that line of defence now, isn’t it? Joe Giglio wasn’t adlibbing on a radio interview. He was signing off on a press statement of the PN, an official, formal utterance on the public record on behalf of, and meant to be understood to be at one with, the Party that issued it. He wasn’t even alone. Alex Borg co-signed the statement for good measure.

When Joe Giglio did his thing in that now notorious radio interview, I wondered aloud how the PN expects us – the public – to know when their MPs are inflicting on us their personal opinions and when they are doing their job of drawing up and externalising Party policy. We need to know because Party policy is what we will then rightly expect those politicians to stick to when they vote in Parliament or, one day, when and if they become Ministers.

Joe Giglio would be, and has every intention of being, at the very least home minister. Will it be his personal opinion that dispatches armed squadrons to our streets with instructions to handle dark skinned people in a way that is until now deemed unacceptable? How comforting will it then be if his boss, a hypothetical Prime Minister Bernard Grech were to tell us after the massacre, that he didn’t approve of his minister’s actions or discourse?

If Joe Giglio and Alex Borg have used the PN infrastructure, name, and credentials to misrepresent their personal opinions and their racist rhetoric as something which they are not: the official policy of Malta’s constitutional opposition, Bernard Grech has the duty to do more than complain about it. I can do that. In fact, I did.

Party policy is not drawn up on a whim, not even the shadow minister’s whim. The party has members, structures, groups, committees, formal and informal networks. If Joe Giglio and Alex Borg short-circuited all that to impose their views on their Party, there should be some consequence. Frankly the Leader of Opposition should be firing their arse pronto.

Except that’s not realistic. Let’s be frank. The structures that are meant to debate and draw up policy are withered husks. There’s no policy debate involving party members. The Party’s formal and informal networks, such as they still exist, have only one item on the agenda: survival, the aversion of bankruptcy.

There’s no one really that can moderate potentially extremist, or spontaneous hard-line views, and filter them through the consideration of consequences and alternative strategies. That’s how rhetoric makes it undiluted and unimproved from a fancy knocking about the head of an MP reacting to footage making the rounds on social media like everybody else, to the official stationery of the PN. There’s just nothing in between.

And then it becomes harder to credit Bernard Grech since the only logical conclusion is that the same vacuum that allowed the gas in Giglio’s and Borg’s belly to fill the room, carried Bernard Grech’s near pointless retribution.

There’s only one thing worse than knowing that the PN has become a goose-stepping hard-right whites-only party. And that is thinking that it might have but not knowing for sure.

In the desert you see soldiers approaching from a great distance, but it’s hard to tell friend from foe.

Previous:Crush them under tanks
Next:THE SUNDAY TIMES: The first million