Crush them under tanks 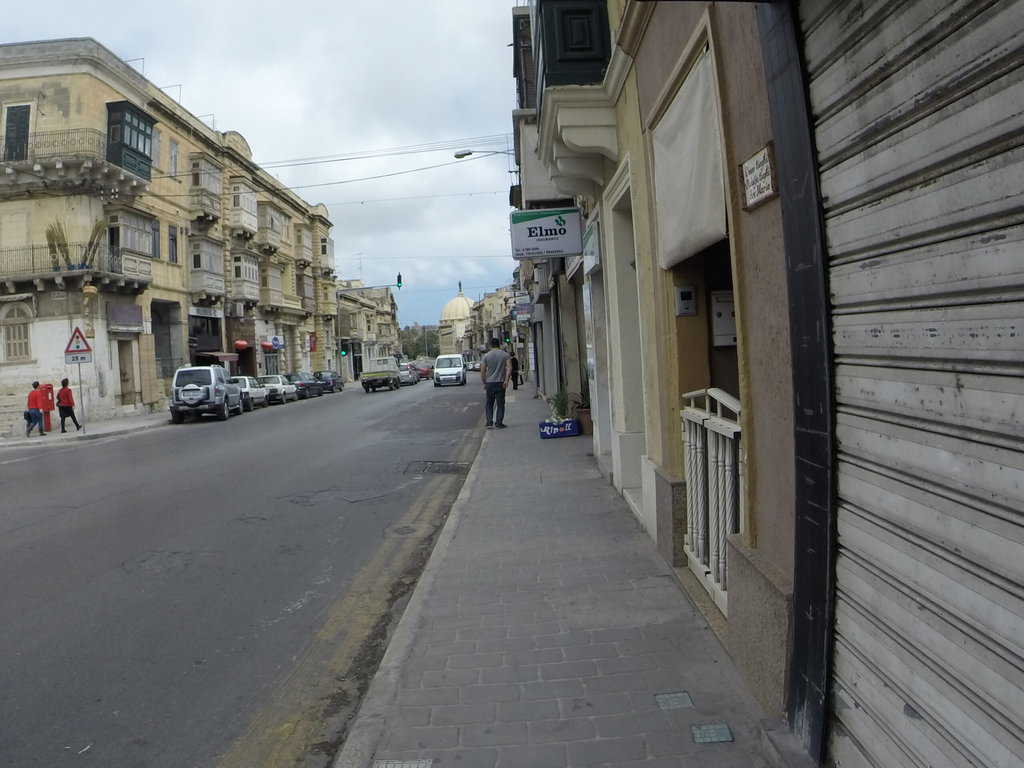 There aren’t many national problems Robert Abela can be solving on his hops around the Mediterranean. Joe Giglio’s alternative recipes may have been written within driving distance of the problems they propose to solve but despite the applause they got on social media they appear about as thought through as anything Robert Abela could have come up with in his shorts, if he bothered to try.

Is it not incredible that politicians come up with quick fix solutions for intractable challenges that have been with us for a generation, making it look so easy you’d have to wonder where they’ve been all the time? The PN’s knee jerk reaction to a street brawl between Syrians in Ħamrun sounds no better than a transcript of a chat in a local bar between men in their vests cradling little birds in cages.

“I’ll tell you what they should be doing…” pronounced Joe Giglio demonstrating either a callous indifference to, or a grotesquely superficial understanding of, the issues.

Let’s acknowledge what was fair and correct. The police force is demoralised, underpaid, and overworked, which describes the bulk of public service providers in this country. You could use that description for nurses or teachers, say, and you’d still be right. Demoralised nurses weaken the country’s health. Demoralised teachers weaken its education. Demoralised police officers weaken its security.

Someone is responsible for this, surely. In a statement last July Joe Giglio said that together with the line minister, Police chief Angelo Gafà was responsible for staff shortages in the force. That was no reason for Joe Giglio to change his policy announced the previous June that Angelo Gafà did not deserve Repubblika’s criticism and he especially did not need to resign.

If that’s a paradox consider Joe Giglio’s other bright idea. He wants the army to help out with law enforcement. A street brawl in Ħamrun without so much as a shattered glass pane and Joe Giglio declares a state of emergency. This is serious over-reaction. There are conceivable security situations where the army would need to be deployed. They are, by definition, situations that require last resorts. Imagine looting during rioting or in the aftermath of some natural disaster like an earthquake. That would be a time to bring in the big guns, to use an unfortunate metaphor.

Otherwise, police-women and -men exist precisely because under normal circumstances the law should be enforced by civilians, preferably and whenever feasible, unarmed. A police force is part of the community. In theory, it should be living with that community through its satellite offices and beats. The army, necessarily, exists outside civilian life, focused on keeping an eye on external threats, unseen unless absolutely necessary.

Of course, I realise that this is a small country and synergies and coordination between its units of sparse resources is necessary and desirable. That wasn’t what Joe Giglio was suggesting or at least very clearly implying. Joe Giglio fantasized men in boots and fatigues coming down in rapid reaction to the Ħamrun High Street, mowing down the bloody brawling foreigners. It takes so little for a fascist to come out of his closet.

For those thinking in zero sum terms, I am not arguing that people should be allowed to brawl in the street without consequence. I am, however, arguing that things should be placed in their proper perspective. Brawls like the one in Ħamrun are a near weekly occurrence in Paceville. Those sorts of scuffles are nearly de rigeur at mass gatherings, concerts, that sort of thing. They usually involve Maltese people, as well as people not born here, so they don’t make the news.

There is an unmistakeably racist streak in Joe Giglio’s reaction to the brawl in Ħamrun. It is not racist to argue that the police should be sufficiently resourced to be able to stop a street fight before it happens or as soon as it starts and to bring the culprits to book. It is, however, eminently racist to argue that a different punishment should be applied for the same crime committed by persons of different races.

No one, certainly not Joe Giglio, argues that a brawl between local teenagers in Paceville who cannot handle their drink should be punished by immediate exile. And yet Joe Giglio thinks that when the authorities do not immediately deport a person not born here for raising their fists, is sleeping on the job. He seemed to suggest that exile should be automatic. Some people asked, and Joe Giglio did not answer, if he actually meant that deportation should happen before a court determines guilt after a due process.

Even if that’s not what he meant, and Joe Giglio still believes in due process, the callousness of automatic exile betrays the racially grounded indifference to the situations people are in.

How would it work? Would Joe Giglio order the repatriation of a refugee who has broken the law or would his hard-line approach be limited to guest workers? The brawlers that started this debate are from Syria. I do not know the circumstances of this particular fight but it would not surprise me to learn that the issue arose over the conflict in their home country. Would we care who started the fight and why? Would we make the effort of placing their disagreement in the wider context of a civil war? Would we try to understand how people of evil intent could use the threat of exile to abuse their victims? Or would we take the lazy and egotistical approach that we don’t need conflicts brought in our house by people who weren’t born to live here?

When we refuse to try to understand why, we dodge the work we’d need to do to address problems that this sort of crime is merely a symptom of. These are not crimes of greed, envy, and ambition. These are crimes that are consequences of isolation, ghettoization, deprivation, and poverty. Boots, AK-47s, riot gear, and exile to some hellhole might stop a fight but will do nothing to address its causes.

Joe Giglio had no suggestions to make about how community integration might improve security and reduce crime. One reason is that integration is confused with assimilation. We continue to speak of people who have made this their country though they weren’t born in it as people who need to be invisible, tiptoeing around us in case they encroach on our tolerance of their presence. They must never break any laws because while locals will walk away with a fine and a warning, they will be severely punished for doing exactly the same thing. They will be banished to the places from which they’ve escaped.

They will be, because Joe Giglio made no exceptions, separated from their livelihoods, their businesses, their friends, and families, the country in which they have gingerly been trying to set roots. One strike and they’re out.

Integration is an entirely different aspiration from assimilation. It requires us to change as well. If the police are to manage these situations they need to outgrow the management style of dealing with migrants like cancers, foreign bodies that must be contained, or, if Joe Giglio has his way, surgically removed. The police should have within its ranks people from migrant communities, making a career in uniform, trained in policing with the cultural background that is not merely representative of minorities but understanding of them. This would empower the force with the culture and knowledge of minorities, equipping it with the means of integration and comprehension rather than brute force.

When people from rival band clubs in towns and villages in Malta fought in brawls far uglier than anything we saw this week in Ħamrun, when glass bottles were thrown as missiles, and fireworks were used as improvised bombs, when alcohol flowed all morning and people were hospitalised all night, the problem was not overcome by banishing festa enthusiasts into exile. The solution was dialogue with the police in a language and a culture the festa enthusiasts could understand. Police officers who were themselves festa enthusiasts. They built confidence and mutual trust with the communities they engaged.

Rules of engagement, unwritten but no less effective, were drawn up out of conversations between rivals who focused on their shared interests rather than the causes of their stupid turf wars.

Rolling in the tanks is too easy. And it won’t work.