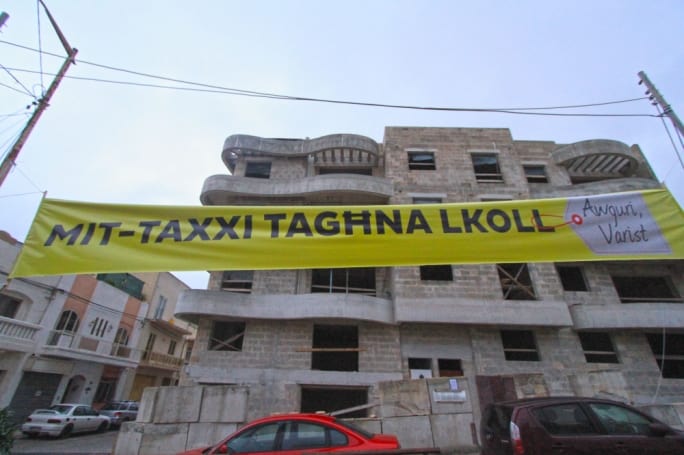 The court yesterday acquitted Edward Caruana, an Evarist Bartolo “friend”, as Alfred Sant might classify him, of charges of extortion and bribery. The case related to allegations of kickbacks solicited by Edward Caruana during the time he worked in a very senior position at the government agency responsible for repairs and maintenance in government schools.

The scandal emerged when the police were looking into a complaint filed by the agency, the Foundation for Tomorrow’s Schools, that found it was being solicited to pay invoices to companies that when asked said they didn’t know they were owed any payments by the FTS.  The complaint followed concerns flagged by Philip Rizzo, then CEO of the FTS and the then Employment and Training Corporation.

While police dug into this, they met a contractor who told them Edward Caruana had been extorting money out of him, asking for 3% in kickbacks for the contractor’s work for the government, and for a container of floor tiles. This individual later retracted the claim.

It came out in evidence that Edward Caruana ensured that FTS staff had let him personally distribute payment cheques to contractors in Gozo, which raised the suspicion that he had been soliciting bribes in the process.

The case has been dragging since 2016. The court, presided by Magistrate Donatello Frendo Dimech, essentially did not believe the main prosecution witness, the construction contractor who claimed Edward Caruana had extorted money off him. There had been inconsistencies in the evidence he gave, at one point changing the date of a meeting he said he had had with Edward Caruana from the feast of Santa Marija in 2015 to the feast of Santa Marija a year earlier.

Another judge may have felt differently about the quality of the evidence against Edward Caruana. Magistrate Frendo Dimech heard the witnesses, so second guessing her from a reading of her own summary of the evidence is hardly a fruitful exercise, especially since the summary obviously, can’t substitute for being present to hear the witness oneself.

There may be other reasons why people who pay bribes to government officials change their story along the way, and that reason may not necessarily be, as the Magistrate seemed to conclude, that they were lying in the first place. But we have judges because at some point a judgement needs to be made, and hers was that Edward Caruana was not guilty of extorting money.

There’s a second aspect to her decision which however I am more comfortable second guessing. The magistrate indulged in a lengthy academic discussion as to whether Edward Caruana was at the relevant time a public officer. This is an important – nay vital – point because the crime with which Edward Caruana was charged was that of soliciting a bribe for doing something which he could do because he was a public officer.

If someone pays me money to get their road fixed by the Council, they’re just wasting their money. But if they pay money to the town manager, they are paying a bribe, and the town manager, as a public officer, is breaking the law in a way that is specific to his function as a public officer.  By way of analogy, consider a police officer being charged with the criminal offence of failing to prevent a crime, something with which Josephine Bloggs can’t be charged, because she is not WPC Bloggs.

The magistrate refers to the criminal code’s definition of “public officer” and mentioned that this “includes not only the constituted authorities, civil and military, but also all such persons as are lawfully appointed to administer any part of the executive power of the Government, or to perform any other public service imposed by law, whether it be judicial, administrative or mixed.”

If she had stopped there, there would have been no doubt that Edward Caruana, as an employee (and a very senior one) of the Foundation for Tomorrow’s School, was a public officer in the sense intended by the criminal code. He would have been liable to be convicted of corruption (assuming that the facts been proven).

Now, these facts, to my mind, take on more than a little importance.

The FTS therefore is manifestly an agent of a government’s function and the FTS employees as such are individuals exercising and fulfilling a public function. Consider the other case that started being heard yesterday against Transport Malta officials. In bringing this case there was no doubt in anyone’s mind that the persons concerned are public officials even if they work for an agency that is outside the narrow public service.

To those prosecutors and in any case to those of us less concerned with counting the number of angels twirling on the head of a pin, being an employee of the FTS sounds pretty much like being a public officer.

Indeed, the Foundation’s statute binds it to “efficiently and cost-effectively manage and finance the ongoing development, building, upgrading and refurbishment [of schools] …; ensure the proper keeping of management accounts …; follow established public procurement procedures …; and be subject to the direction of the Minister responsible for finance in matters involving financial considerations and commitments ….”

To my – admittedly non-legal mind – that sounds damn close to a Ministerial Mission Statement, one that a minister would make public with fanfare and canapes.

The FTS’s expenses have been subjected to reviews by the National Audit Office multiple times. The first such audit happened in 2003, two years into the FTS’s life. On that first assignment the NAO examined the question whether it had legal purview in the matter. The NAO cannot audit a business using private funds. It can only audit entities disposing of public funds.

Is the FTS a government agency, the NAO asked in 2003? It ruled that it is, quoting the foundation’s statute that “specifically states that ‘the Foundation shall follow procurement procedures as regulated by the Public Service (Procurement) Regulations, 1996, or any amendment thereto’.”   Was anyone surprised at the time, and should anyone be surprised now, that the NAO had the right (more precisely the obligation) to oversee the FTS?  No, not even slightly, and that should really have been that.

Apparently unsatisfied with the (in any case non-exhaustive) definition in the criminal code, the magistrate went further and consulted the government’s website. There she found what strikes me as being a very fine (in the sense of very thin) distinction between “public service” and “public sector”.

To my mind, this is an HR distinction, more than anything else. It is the line drawn between traditional government departments reporting directly to permanent secretaries, and government agencies that are outside this scope.   Generally speaking, the former are subject to Public Service Commission recruitment and disciplinary processes, while the latter are subject to “normal” employment processes. Employment lawyers don’t find this to be a fundamental issue, more like a jurisdiction issue than a real one.

Collective agreements for employees of government departments are negotiated as a group. Employees of agencies negotiate their status separately which allows them to negotiate higher salaries and sector-specific conditions, although as a matter of practice, there is a strong link between pay levels and scales (unless you’re a blue-eyed boy, of course).

An employee can be transferred from the agriculture department to the foreign affairs department by central order. But an employee of the planning authority cannot move to the department of agriculture without some additional bureaucracy.  Nothing that some creativity can’t overcome, though.

But anyway, that distinction has nothing to do with the responsibilities that employees of the two components of government share: that is the delivery of functions allocated by law to the government and the delivery of those functions without the solicitation and or the acceptance of bribes.

The thing is, Magistrate Frendo Dimech’s reading of the law (I would respectfully suggest fundamental misreading of it), might, unless corrected, have given something like 40% of our public sector employees a license to solicit bribes in exchange for the delivery of tax-paid public functions.

It is not hard to see that that was never the intention of the law. The intention of the law is explicit, right there in the criminal code. Instead of the law’s clarity, the magistrate preferred the cloudy ambiguity of a decontextualised reading of a stupid government website written by some official trying to keep unions at bay but never, in their wildest dreams, intending to mean that employees of government agencies have some license to extort money.

Quite independently of the innocence or otherwise of Evarist Bartolo’s erstwhile canvasser, this court decision is a dangerous precedent which, somehow, needs to be reversed. Urgently.