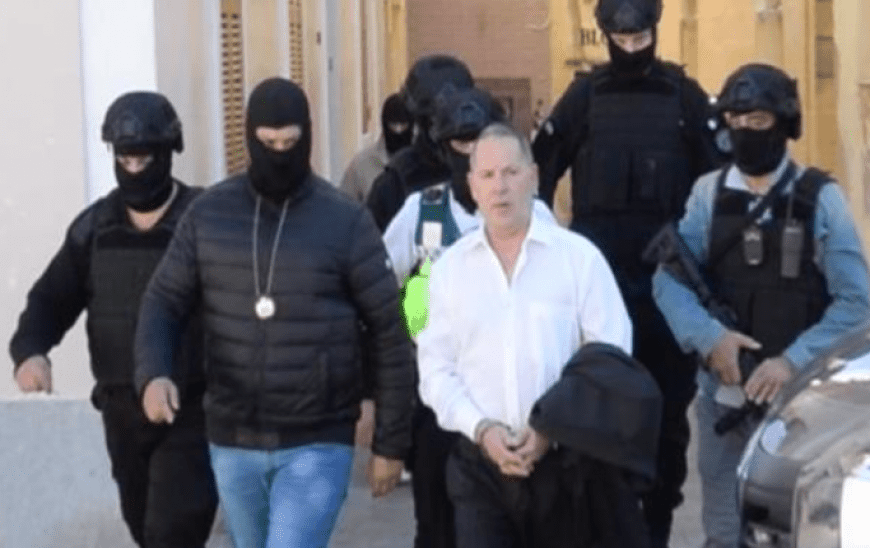 For those that aren’t listening to Stephen Grey’s podcast in full yet, timesofmalta.com uploaded clips from his interview with George Degiorgio, one of Daphne Caruana Galizia’s assassins. The content has been out for a while and I had commented about that here.

Listening to his voice, his reasonable command of the English language, his delight in leading the interviewer to ask him leading questions with which to agree enthusiastically, the irony of his complaint that “this is such a corrupt country” … all that culminates in a moment when after agreeing that killing Daphne was just a matter of business, Degiorgio lets out a chuckle.

It wasn’t a nervous defence mechanism. The man wasn’t having a confession squeezed out of him by force, by entrapment, or by wily questioning. There was no bad cop in the room to manoeuvre him to confide in the good one. “Everybody knows,” there had been another plot to kill Daphne, Degiorgio said. “Everybody knows” he worked with his brother “and the other guy”, referring to Vince Muscat, to kill her on the day.

“Everybody knows” he’s guilty of murder. And that, for George Degiorgio, is somehow funny. It’s worth a laugh.

I read nothing into this. There’s no subtlety in this psychopath, there is no hidden meaning behind his blunt words. Everybody knows, even I know, even he knows, he’s a hitman for money, a killer without remorse, and nothing more.

“They used us,” he complained about the people who hired him to kill Daphne and are still walking free. Is that supposed to make us sympathise with him? He charged them money, for crying out loud. Of course, they used him, they used them.

They used so many people without paying them. They’re still using them. They used their voters to grip power, their staffers to make them look good, policemen to protect them, and prosecutors to ignore them. Is George Degiorgio so shocked they used him too? He shouldn’t complain. He charged what at the time he thought was a fair price, though later he had seller’s remorse and wished he had charged €10 million instead.

George Degiorgio thought public opinion could be manipulated into supporting his claim for a reduced sentence, “less than” Vince Muscat’s, because we’d agree with him it wouldn’t be fair for him to go down while the people who hired him walk away free.

It’s true. It’s unfair. Tough shit. Anyone who’s heard him laugh on tape and would support George Degiorgio’s cunning plan to walk out of prison on his feet would have to be a psychopath too.

At first I wasn’t sure giving a microphone and a platform to a cold-blooded killer bargaining for his undeserved freedom was such a great idea. I might change my mind again but now I think the interview has sealed Degiorgio’s fate. He has confessed to the murder on tape and, I like to think, in his effort to humanise himself and justify his cause, he has shown himself for what sort of human he truly is.

One that needs locking up. For good.