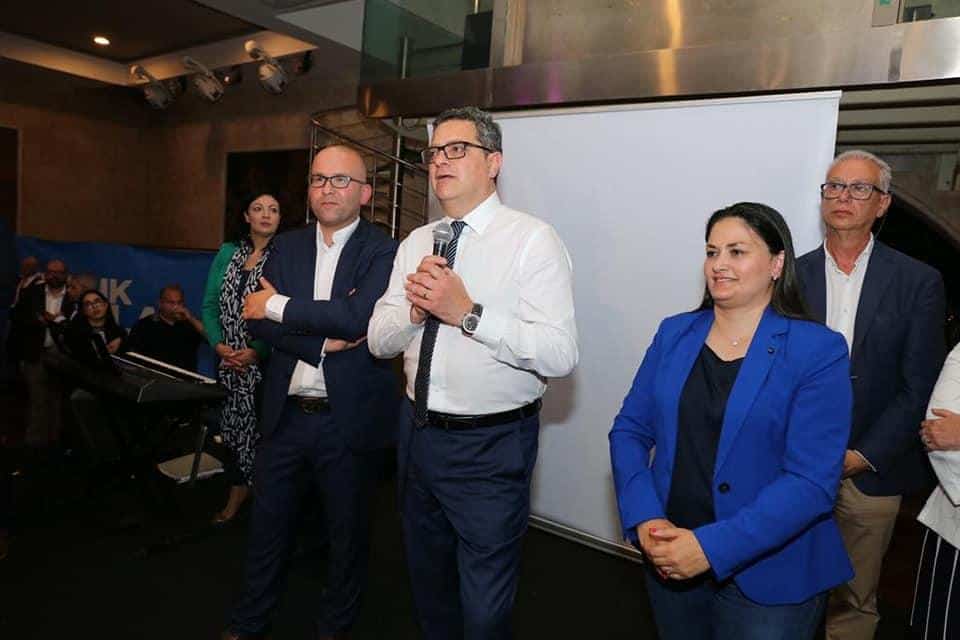 Frank Psaila is collecting iced buns like a Laburist tal-qalba. Kristy Debono now works for the agencies it was her job to shadow as an MP up to just a few months ago. Adrian Delia is now Joseph Muscat’s lawyer as the former prime minister, aided by the former leader of his former opposition, takes over the country again one football field at a time.

Dangling carrots, prestige, payments, even modest ones, incentives to nip the spikes off potential thorns in the political landscape is a method developed in its perfect form by Joseph Muscat. He got critics to switch sides for public contracts, ambassadorships, even the retention of grace and favour positions they were supposed to give up when he came to power.

Labour convinced these people they were making a rational choice. The calculus is transparent but Frank Psaila has recently articulated it quite starkly when he replied to press questions about his newest appointments. He said he had found a way of making a contribution to the country. To finish his sentence he was doing something he could never do as a candidate for a party that lost all the time.

The tone of self-sacrifice and self-importance is of course there to impress his mother that he’ll be doing providential work that implicitly nobody else could do. Filter through that fluff and what that statement means is quite simply that Frank Psaila believes that in his useful lifetime he stands no chance of reaching public office, or in any case a position he believes he deserves, if he is to wait for the Labour Party to lose a general election.

The Labour Party doesn’t look anything like as strong, supple, and resilient as it did just a few months and years ago. Robert Abela seems to have run out of steam. His ministers are in hiding. Joseph Muscat is trouble merely by being, and he’s being everywhere all the time. Internal ‘divisions’, which Labour loves to project on its opposition, are almost as evident in the ruling party. Tough economic times are no longer ahead, they are with us. Dissatisfaction is growing.

Having said all that, Labour losing political power feels inconceivable. The only thing in a worse state of repair than the Labour Party is the Nationalist Party. Government ministers may be hibernating. Their shadows in Parliament are comatose.

There is a generational competence gap in the Nationalist Party that is embarrassing to watch. It is refreshing to see new faces in politics but it’s horrific to see the consequence of the fact that they have not been trained, mentored, forged in an apprenticeship with an earlier generation.

Imagining Labour losing elections until a few months ago was difficult because they enjoyed public support and the economy was doing well; well enough for people to ignore the corruption or to accept it as a necessary component of the package.

Imagining Labour losing elections now is difficult because of the inertia that has gripped the entire polity. Malta seems to have lost the book on how to begin healing itself. We eat the same gruel every day because we don’t know our way to the market where we can buy something fresh, something new, some new ideas, some new solutions.

Frank Psaila, Kristy Debono, Adrian Delia: they never had new ideas. They were never heard suggesting any policy innovation, any alternative solution, any new way of looking at old things. They just wanted to tell mummy they had arrived, they were important, they had fulfilled the inevitability of their destiny as one eyed men and women in a crowd of blind people.

And one day the phone rang and told them they could arrive and they could do so as people used to carve out careers in the tyrannies of old. They no longer needed to convince people of their qualities, work hard at being smart, win elections and public trust. They just needed to comply with the wishes of the people who promoted them. Lie low, shut up, and clap on cue and they’ll get a medal.

Like many before them and many to follow them they have joined the folds of fat under the belly of the leviathan. They are feeding the monster and feeding from it. They have settled like mud that knows no way but to sleep at the bottom pleased with itself that it has arrived.