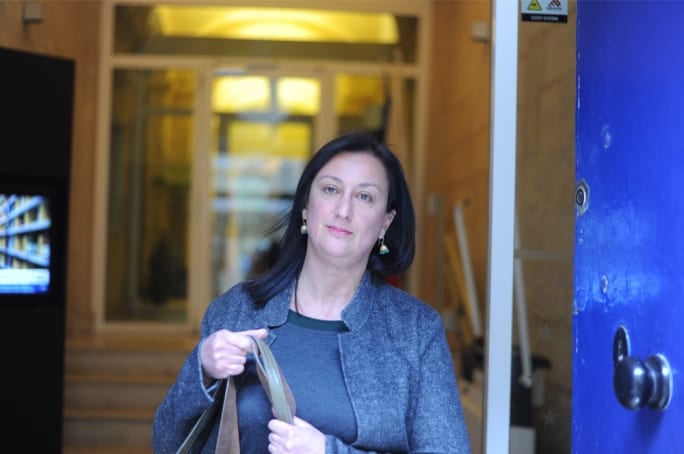 This morning I reviewed the bill proposing constitutional amendments that the government published yesterday ostensibly to strengthen media freedom.

I turn now to the second bill the government announced yesterday and I’ll split this review in two parts, starting in this series with the two provisions proposed by the government to address SLAPP suits. Once again I reiterate my standard disclaimer that I’m not a lawyer though on this specific topic I have acquired some relative expertise having been the target of a SLAPP suit and threatened by several others. Of course, being slapped does not an expert on bodily harm make. And yet here I am.

Before discussing what the government left out of its so-called anti-SLAPP measures let’s focus on what it’s put in it. Not to be the glass-half-empty sort, let me also start by acknowledging the fact that the government has come a long way by formally recognising that SLAPP can be legislated against, a far cry from Owen Bonnici’s attempt to mislead Parliament by telling them it would be unlawful to do so. Well, they came some way, but not as far as they ought to have, as I shall explain.

The first amendment proposed by the government says that a person who has been sued for libel can ask the court at the very start of the case to have the case against them dismissed immediately if they can show the claim against them was “manifestly unfounded”. This is the bare minimum required by the draft EU directive which the Commission has already published. Minister Jonathan Attard yesterday attempted to present himself and his government as trailblazers in this area but clearly they can’t make that claim on the basis of this law.

In practice, the requirement of “manifestly unfounded” will in practically all imaginable cases prove impossible to meet at the very beginning of a case. It will be one of those provisions in the media law that remain lifeless like that other provision in the libel law introduced by Owen Bonnici that requires mediation at the beginning of a libel trial. To my knowledge this barely ever happens because the system is unworkable.

How could this have been done better? The government was given advice to empower the courts to dismiss vexatious lawsuits, not just manifestly unfounded ones. There’s a difference. Something is manifestly unfounded when it is self-evidently clear that a claim is false or a claim has no basis at law. A claim might be true and might have a basis in law and still be vexatious. However, “founded” a vexatious lawsuit might be, the process of hearing it in court, dragging the journalist to monthly hearings for more than a year, in itself causes a chilling effect.

By way of example Keith Schembri could sue someone for libel claiming their reputation was damaged by a journalist describing him as corrupt. His complaint would not be manifestly unfounded but it would certainly be vexatious. That case should not be given a hearing if the law is to protect journalists from intimidation and time wasting. This new law does not do that.

The next thing the government could have done is allow a judge hearing a libel suit to dismiss a case for being vexatious on their own initiative by judging the quality of the evidence put forward by the plaintiff, and not only, as the new amendment does, on the back of evidence brought by the defendant.

Consider the case Chris Cardona had brought against Daphne Caruana Galizia to argue she damaged his reputation when she reported he had visited a brothel while on a work trip. The amendment proposed yesterday would have been useless to Daphne’s defence because it’s not like Chris Cardona’s claim that his reputation was damaged by her reporting could ever be described as manifestly unfounded. His reputation was in tatters. But when he failed to show up at several court sittings merely to give evidence on why he had made the complaint it became clear his suit was vexatious.

Now this, I admit, is an oversimplification. The amendment proposed yesterday could have been of good use to Daphne in this specific case because she would have been given an early opportunity to provide material evidence that what she reported was true. But that’s because of the very specific circumstances of this case. In most cases a journalist cannot produce their sources and people can sue journalists for libel, as Chris Cardona had done, merely to scare them into shutting up or using the courts to discredit them. The technical word for that is SLAPP which is just what this law is supposed to prevent. Yeah right.

One final thing seems to be missing in the government’s draft. This procedural leg up of allowing respondents to a defamation case to ask the court for an early dismissal in these very specific “manifestly unfounded” cases seems to be limited to journalists and publishers. But Strategic Law Suits Against Public Participation are not only filed against the media.

Activists are targeted by these bullying tactics as well. The owner of the defunct Satabank even had the audacity to SLAPP an MP when he sued Jason Azzopardi for speaking in Parliament about his bank in a manner its owner did not approve.

Corporate bullies are just as worried about NGOs and protesters as they are about reporters and there is no earthly reason why protection granted to journalists should be denied to anyone else speaking out in the public interest.

Previous:Malta in the dock over passport sales: Commission asks European Court to ban practice
Next:(2) SLAPPs: The government has barely scratched the surface