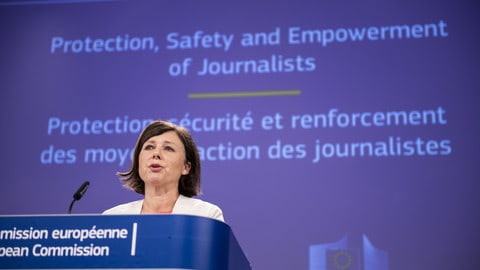 As a final entry in this series about the poverty of the so-called anti-SLAPP law the government proposed yesterday I want to list things the government should have introduced but didn’t.

Against what standard, you might ask? Well, a good place to start would have been the draft EU directive published earlier this year that, though not with the force of law yet, is a stronger indicator of the minimum legal standard we’ll be bound to operate under within the next few months. Unless the government disagrees with that standard, though they certainly haven’t openly said they do.

The draft EU directive provides journalists (and other victims of SLAPP suits) with the right to claim damages from perpetrators of abusive lawsuits. The government left that out from its supposedly trail blazing law published yesterday. Why?

The draft EU directive empowers courts to hand down penalties to people appearing before it with vexatious lawsuits with the explicit intention of “dissuading” this sort of practice. The government left that out of its law and left journalists with the existing and maddening alternative of two outcomes of a lawsuit they are forced to respond to: if they lose they pay, if they win nobody pays. Why has the government refused to change that?

It feels to me that there’s a reason why they have left these provisions out. They, and their corporate bully friends, remain the likeliest perpetrators of the abuse of the legal system to bully journalists into silence. The last thing they’re going to do is introduce penalties and fines on just the sort of activities they continue to retain as part of their arsenal of intimidation.

That’s not to mention how the government ignored the Commission’s recommendations on how to properly protect journalists from SLAPP suits. Minister Jonathan Attard said nothing about training for practitioners on SLAPP suits. There was no news about information campaigns on the subject. There was no offer of support for people targeted with SLAPP suits.

The fact is that the leap from Joseph Muscat explicitly blessing Passports King Christian Kaelin decision to sue Daphne Caruana Galizia in London to providing government support to Times of Malta, The Shift News, or Manuel Delia for having to respond to corporate bullies suing them in overseas courts proved too far for this government to make.

Journalists should be aware of the risk of assuming that they are now protected from SLAPP suits against them. A poor understanding of the quality of the protection, assuming that it’s there and that they could use it, could give them the confidence of taking risks they simply would not be able to afford.

A false sense of security is in and of itself a heightened security risk precisely because one is not aware of it for being false.

There’s one question that journalists need to ask to make a value judgement about the usefulness of this amendment. Can the government name one case of a SLAPP suit or even a threat of one suffered by a journalist that they can say with any confidence would have had a different outcome if this law they are proposing had already been in place? My suspicion is that there is no such case and this law in the future will be about as useful as it would have been had it existed in the past. Not at all.

Previous:(2) SLAPPs: The government has barely scratched the surface
Next:Iosif Galea sentenced to 2.5 years in prison by German court