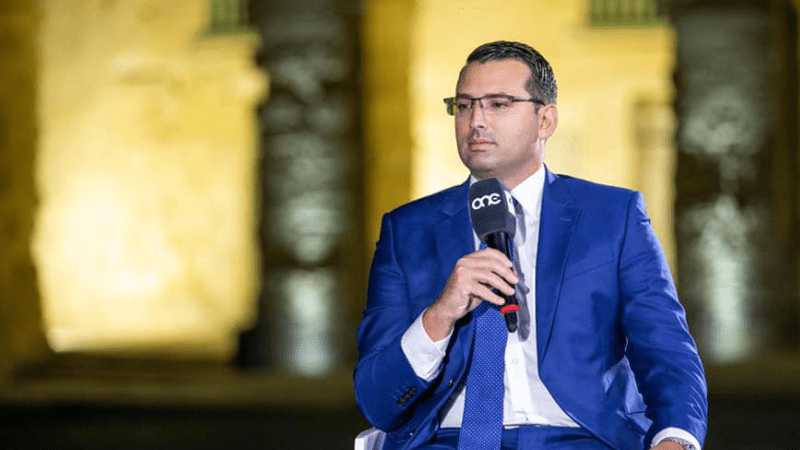 The justice minister published three bills, including a constitutional amendment, presented as reforms to protect media freedom and the journalists doing the work. Jonathan Attard said the reforms are the government’s reaction to recommendations by the public inquiry into the assassination of Daphne Caruana Galizia.

The government took up the PN’s proposal from last year, without acknowledging that source, to amend the constitution to recognise journalism as the fourth pillar of democracy. As declarations go, that will be welcome. It should be clear that declarations in written laws do not change anybody’s life. The change will happen if people of power recognise the intentions of the constitution and abide by them.

And the declaration is half-hearted. The government ignored calls to introduce a constitutional recognition of the public’s right to information. Even as a pure declaration the government seems to want to avoid risking putting itself under any form of moral obligation to answer questions put to it by journalists. Not only are we missing any reference to the right of information, but the government is also bundling with these changes another constitutional amendment defining the right to privacy. At best this is irrelevant to the present reforms and should properly be discussed separately. At worst this is an attempt to mitigate any constitutional improvement for the role of journalists with a new constitutionally mandated excuse to shut them up: don’t ask questions the answer to which will be ‘it’s private’.

It could be worse. This could be the thin of the wedge that forces upon the door empowering the government to order searches in journalists’ property, communications, and documents ostensibly to discover criminal acts. On the one hand journalists are being formally recognised as watchdogs. On the other they are being threatened with the snip-snipping of castration.

There can be a fourth pillar of democracy called ‘journalism’ but if the obligations towards that pillar imposed on the government are nowhere defined, the government is free to continue to ignore the pillar. Or it can go ahead and piss on it.

There is much that is already intended by the constitution that is ignored by the government. There are other pillars of democracy that the government frustrates as a matter of course. They ignore parliament. They publicly abuse the ombudsman. They have dismantled the autonomy of the civil service. They have systemically captured institutions or treated them with contempt. Why should we expect that they will start respecting the role of the press just because the constitution says the press is important?

The press was vital to democracy without the constitution needing to say so and look how they’ve been treating it. If you have any doubt, consult again the findings of the Daphne Caruana Galizia inquiry.

Why would we expect any change in the government’s conduct after it changes the constitution when at today’s press conference Jonathan Attard told the journalists in his presence what they knew was not true, that they had been consulted about the changes he was making?

The tone of the press conference was such that it left no room for any hope that the drafts published today would be discussed and revised in any way before they’re passed through Parliament. Jonathan Attard repeatedly insisted the government was satisfied it had consulted anyone who mattered even though the public got first sight of the draft laws at today’s press conference.

There are dozens of gaps that are already evident from a first glance of the published drafts. There are no specific provisions to protect journalists from harassment and threats. There are higher penalties when journalists are abused to the point that they have suffered grievous bodily harm. But that’s rather too late to do anything isn’t it?

The government will say they are setting up a “committee” to “assess the risk” to journalists facing grievous bodily harm. The committee they are setting up with today’s amendments is made up of government officials (the army chief, the police chief, the security service chief) some of whom are required by other laws to act independently of the government. And yet here they are being tied up together in a committee appointed by, and that reports to, the government. No judicial oversight. No parliamentary oversight. No participation whatsoever by the people the committee is supposed to protect, journalists themselves.

Free speech is being brought under military discipline with direct oversight by government ministers: just the sort of people journalists have the specific job of annoying as a matter of public duty. This is designed to do absolutely nothing. Or worse, it is designed to warn journalists off tough investigations into ministerial conduct (and the conduct of law enforcement agents) because they’re the ones holding the keys to their personal safety.

The government also ignored the recommendation to introduce laws to punish people who bring abusive lawsuits against journalists. Probably because those people will remain just as ever likely to be members of the government.

The government tweaked the horrible laws that impose on the heirs of dead journalists the liability of paying damages for things written by their dead parent. The heirs are, thankfully, being relieved, but the burden is being passed to the dead journalist’s former employer. This change could have a chilling effect as employers warn reporters of what burdens they are to avoid leaving behind them.

Today’s amendments introduce some protection against lawsuits filed overseas against journalists working in Malta. But the protection is very tightly qualified and is likely to have minimal effect. Only “manifestly unfounded” lawsuits will be filtered by the new anti-SLAPP protections allowing most of the abuse of the court system and the considerable resources of corporate bullies to continue to threaten or seek to silence journalists.

The anti-SLAPP law is replete with other suspicious reservations. There’s a blanket exception to any requirement of international treaties which means that the protection of free speech in Malta can be shelved in the interests of some deal the government strikes with some tyrannical journalist-killing regime elsewhere. It’s not like we’re not best buddies with Azerbaijan.

There is nothing to help journalists defend themselves from cross-border lawsuits filed against them whether within the EU or beyond it. And after a journalist is ordered to pay damages by some foreign court where they likely could not afford to enter any form of defence, they will need to argue their case in Malta again needing to prove that their freedom of expression was suppressed by the first court’s decision. That’s quite a steep sell when you’ve already been held responsible.

The government have been trying to sell this ineffective half-baked SLAPP law for months and international bodies have already told them to go back to the drawing board. It feels like the government wants to be able to say it has introduced anti-SLAPP laws but to introduce amendments that simply do not work.

This should have been a day for good news when the fourth pillar of democracy would have been treated as such by the government and allowed to participate in the design of regulations that allow it to fulfil its crucial mission for the country.

Instead, journalists were faced by a government minister who told them repeatedly that he was satisfied he had consulted adequately when no one in the room had been, who told them they should continue asking the prime minister for interviews in the hope that he might grant them one, who told them that time used to be tougher for journalists under the Nationalists when he was a reporter for Super One. No one needed to remind him that when he was a journalist Daphne Caruana Galizia was alive and well.

But there’s still time. Parliament is not meeting tomorrow. Perhaps the government might consider starting public consultations after all.

Previous:Events marking 5 years since Daphne’s assassination announced
Next:(1) The amendments to the Constitution threaten rather than protect free speech