The man who stayed outside the kitchen 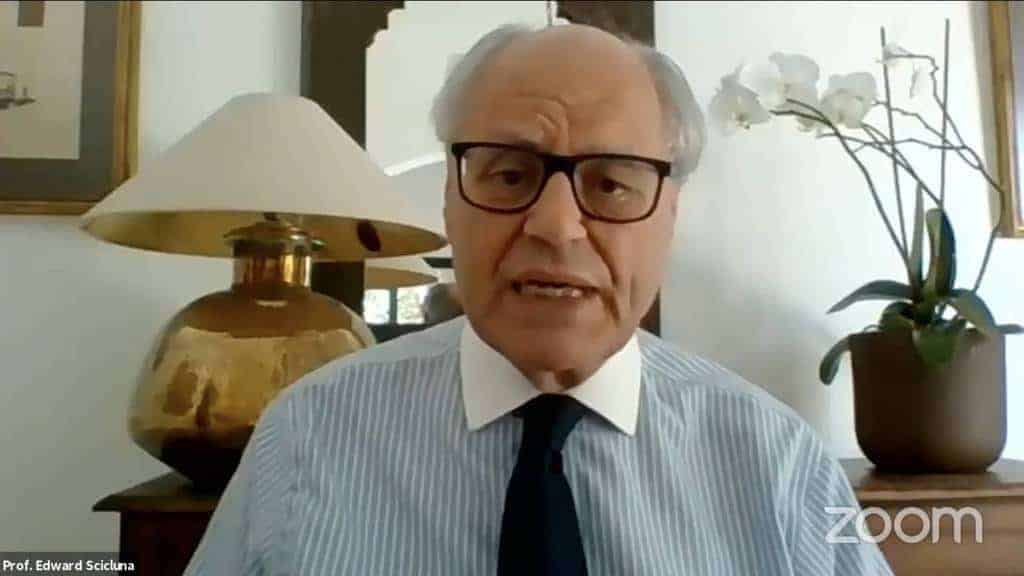 For two years Repubblika’s Robert Aquilina has been battling the data protection process to get the government to give up secret documents that might explain who, how, and why Silvio Valletta was allowed to interfere in the financial intelligence agency. That’s Silvio Valletta, the disgraced cop who cooked a splendid carbonara for Yorgen Fenech to repay him for tickets to Champions League games.

Though we are nowhere near a decision by anybody that Repubblika (and the public) have a right to answers to these questions, we are learning much from the process, especially today when witnesses have been forced to testify for the first time on this matter.

Put simply there was no category or class in which Silvio Valletta exceeded Pierre Calleja to justify replacing the latter with the former.

Edward Scicluna, then Finance Minister, and as such the person with the responsibility to make the final choice, was asked during the Daphne Caruana Galizia public inquiry what made him terminate Pierre Calleja and replace him with Silvio Valletta.

Under oath and in front of the tribunal Edward Scicluna said he had “been advised” that Pierre Calleja was planning to retire before the end of the term he would have been appointed to at the FIAU. Pierre Calleja testified today this wasn’t true. The court was shown evidence that he commented to an interviewer writing at the time that retirement was the furthest thing from his mind. In any case, no one had asked him about his plans and he certainly didn’t have any to retire at the time. He planned to stay. Indeed, he was subsequently promoted within the force.

In other words, either Edward Scicluna lied about the basis for his decision or someone lied to him about the facts.

That’s when Edward Scicluna fell on the sword. There had been no criteria after all. There was no earthly reason to pick Valletta over Calleja even. It was his right to choose whomever it pleased him to and he chose Silvio Valletta. No one had the right to question that, Edward Scicluna said today.

People in politics keep confusing discretionary powers given to them by laws. They think those powers are “rights”, unquestionable, incontestable, privileges handed down to them beyond anyone’s scrutiny. Which is rubbish of course. Discretionary powers are responsibilities and ministers are accountable to the public on how they live up to those responsibilities or, as is more likely with Edward Scicluna, how they fall short of them.

Appointing someone to the FIAU is not like climbing Mount Everest. You don’t just do it because you can or because, as the line famously goes, “it’s there”. If Silvio Valletta was found to have done a splendid job Edward Scicluna could ask us to be grateful for his instincts.

As it turned out the Daphne Caruana Galizia inquiry found how that appointment helped criminals get away with their crimes.

If he could, Edward Scicluna would explain his choice, even if the outcome, to his surprise, went awry. The fact that he isn’t explaining it and relying instead on his baseless claim that no one can question his decisions, only means there is no explanation that can be said aloud.

What would Edward Scicluna say? That he wasn’t really the finance minister and he was only the guy with the signature and the seal and was only doing Joseph Muscat’s bidding?

We’d believe him but then he’d have to lose the job he has now.

This is why the government is hiding this document Repubblika is trying to bring unstuck. It’s not the personal data of the people named in the document they’re concerned about. It’s the mounting evidence in the public domain that with a useful idiot running the Finance Ministry (and now the Central Bank) criminals could graft bent cops on the agencies that could otherwise disturb them.