They have nothing better to do than deny the world around them. But that’s no reason to let them get their way. This is a question of stamina, of who stays awake at a watch of a seemingly endless night. We must believe that if we stay long enough the light of truth will burn them. Don’t ignore these people because of the hell of hatred they are living in. Hatred is a contagious disease. It cannot be ignored.

These comments were posted under a sponsored ad on Facebook promoting the fourth run of Herman Grech’s They Blew Her Up which is showing again in Malta on the fifth anniversary of the killing of the subject of the play. I have one thing to tell these bastards. Tickets for the performance are almost sold out. 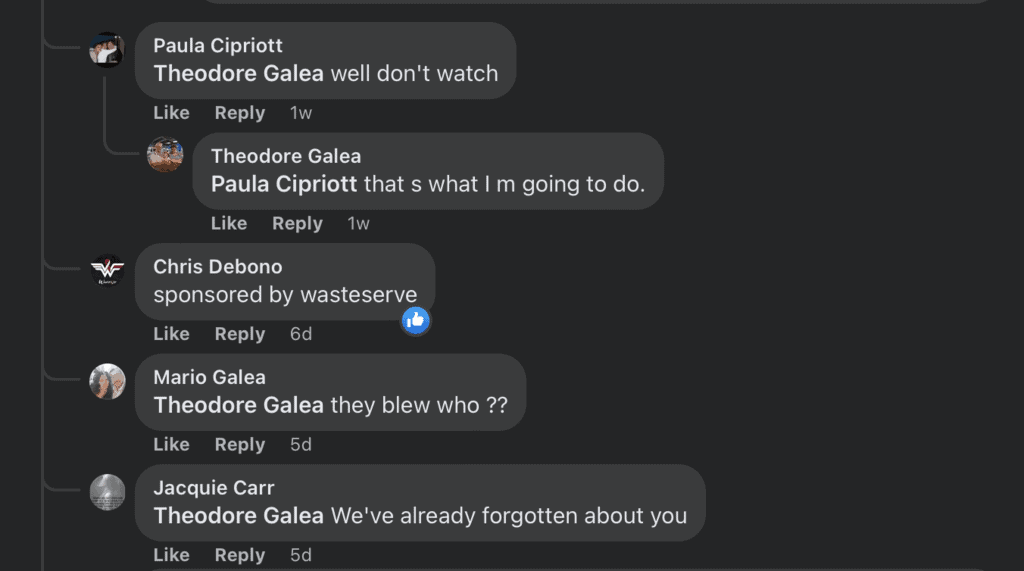 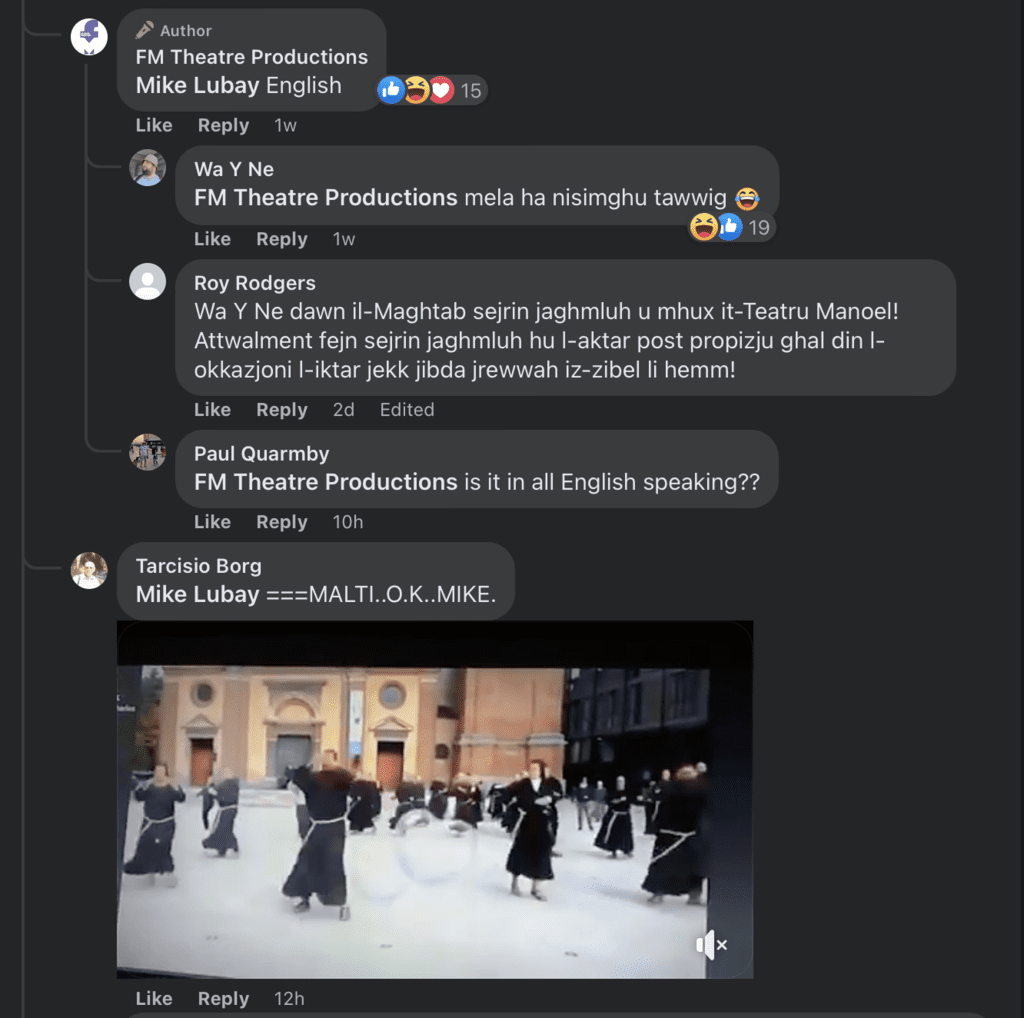 Previous:Reach up
Next:The cheek on this guy