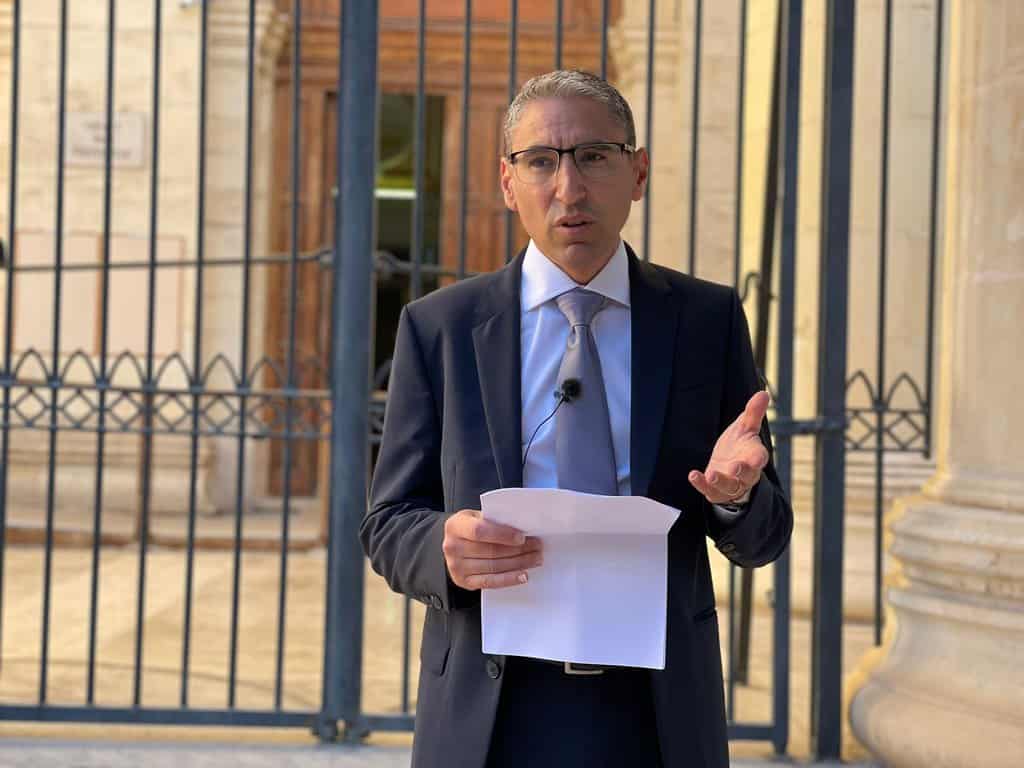 It was another busy day in court for Repubblika yesterday. We recently met a law professor for some advice and when we asked him if we could see him in court he told us that though it’s true his life is all about law he barely knows the inside of the court building. We told him none of us are lawyers but we basically live there now.

We’re far from the first or the only NGO to pursue its arguments in court rooms so I don’t want to suggest that we’re some revolutionary development. But we’d like to think we’re a new fixture in the firmament, a bunch of people who want to ask questions, pursue justice, challenge the bases of dogmas when it is likely no such bases exist.

Sometimes we’re patronisingly told to trust the institutions. Indeed, we do. We are not considering armed rebellion or a forced takeover of the state. We work with institutions and within them, sometimes having to face the growls of a sleepy giant we have untimely woken, sometimes delighted by the look of surprise of officials finding themselves agreeing with us in spite of themselves.

I looked at the notice outside the hall of the highest court of the land yesterday, the three-judges chamber where the final questions on Maltese law are asked and answered before anyone resorts to courts outside the country. It had just one case listed and it looked stark, in bold, in caps, alone on an otherwise crisp white sheet. “Repubblika vs L-Avukat tal-Istat” it said.

I’m not playing with words. Jason Azzopardi appearing for Repubblika yesterday in front of a three-judge panel led by the Chief Justice illustrated most explicitly just what this means. This will remind you why we were there in the first place.

Last year a magistrate concluded an inquiry identifying crimes at Pilatus Bank and naming the perpetrators. Nothing happened. Last January Repubblika formally notified the police of these crimes and asked that they act on them. Nothing happened. Last June Repubblika challenged the police commissioner in court and was faced by Magistrate Nadine Lia, a magistrate with a conflict of interest in the Pilatus Bank case because she’s the daughter in law of Joseph Muscat’s lawyer, a man with a direct interest in having things at Pilatus Bank to remain covered up.

Repubblika went to the constitutional court and asked that the system of judges deciding themselves on requests made to them on their recusal in situations of conflict of interest be declared unlawful because it breaches the fundamental right to a fair hearing. While the court decides about that, Repubblika asked, could the court please assign our case against the police chief to another magistrate?

Long story? That’s the point. While this was going on the statute of limitations on some of the crimes identified by the magistrate last year and notified to the police by Repubblika last January has expired. The police could have prosecuted those crimes in all the time they were aware of them, well before Repubblika formally told them about it, and for several months after that. Actually, scratch that. The police had the duty to prosecute those crimes. But now they cannot any more.

So, there’s the State Advocate on one side advocating for court proceedings that postpone for the longest time possible any possibility of a court order to prosecute known criminals for crimes which hurt the reputation of the country throughout the world. And then there’s Repubblika on the other side insisting that these prosecutions commence pronto.

The constitutional court of appeal will decide by next week whether Repubblika’s challenge can continue to be heard by a magistrate who is not Nadine Lia, hoping that it will allow us to force the rescue of some of the prosecutions that are still possible.

I would see the state advocates again later in the day as another case we’re pursuing continued its slow crawl towards some form of interim decision. The case concerns a complaint by myself and another 50 or so individuals who are saying that being forced to pay Keith Schembri’s and Konrad Mizzi’s cut on our electricity bills is a breach of our right to enjoy our property. I sacrifice accuracy on the altar of clarity.

We’ve been going on with this case for some months now but we haven’t yet got to the point where we actually show why corruption in the Electrogas contract costs every electricity consuming person of this country money, and that that is unfair. We’re still at the point where we have to convince the court that we have a right to make a claim in front of it.

It’s like going to a restaurant and sitting down but instead of being given a menu you are first asked to demonstrate that you are human and capable of digesting organic materials. And you have to do that for the entire evening hoping that you can convince the waiter to give you a menu before the cook goes home for the night.

Yesterday’s session ended the efforts by both sides in this case to prove or disprove whether the case can actually be heard at all. Now lawyers get their chance to say what they think about that, first in writing, and then with a public performance of their extraordinary wit.

The state advocate asked for two months in which to write his notes on the subject because – I kid you not – he’s too busy with all the work Repubblika is making him do. He taunted Repubblika’s lawyers (Edward Debono and Jason Azzopardi in this case) that they – that Repubblika – may have greater resources than he – the government of Malta – does but there’s nothing he could do about that.

The court, finally, gave him a month.

Does it surprise you that we’re in court nearly every day? It’s so much fun.