Can we ever get justice? 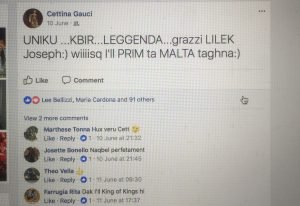 Ċetta Gauci is Deputy Registrar for Magistrate Anthony Vella who is conducting the inquiry into Daphne Caruana Galizia’s death after Magistrate Consuelo Scerri Herrera, rightly and inevitably, passed the buck.

Magistrate Consuelo Scerri Herrera stated in her withdrawal decree that “justice must be seen to be done” so she could not do the inquiry herself. Now the case passes to an office where the Deputy Registrar, with access to all acts of inquiry and with the power of gatekeeper between inquiring Magistrate and the rest of the world, is not merely a Labour party supporter but a Joseph Muscat hero-worshiper.

For all I know Ċetta Gauci would never let her strong political sympathies influence the conduct of her work. I have never met her, I do not know her, and I am making no judgement on her character or professionalism.

I do know that on one thing Magistrate Scerri Herrera is right. Justice must be seen to be done. Ċetta Gauci’s hero has a lot at stake in this inquiry.

Truly, the situation is desperate.

Previous:You can’t be neutral on a moving train
Next:Azerbaijan considers Malta one of its provinces – OSCE NGO Network