The openings for the Mafia

Rosy Bindi’s anti-mafia commission from the Italian parliament, even without the rather keen Senator Mario Michele Giarruso in tow, confirmed what we all knew: Malta is deeply exposed to the laundering of moneys by Italian mafia syndicates.

It’s not just Italians of course but from the Italian parliamentarians’ point of view that’s what matters most.

The intentional weakening of our institutional safeguards perpetrated by Joseph Muscat’s administration has caused the current catastrophic situation. He is responsible for the embarrassing criticism we are getting on the world stage. Not to mention his political responsibility for opening up the country to the mafia and the violence we have experienced.

The guard was lowered for the penetration of the Azerbaijani dictator’s family. The Italian mafia can pass through a far narrower eye of a needle than Ilham Aliyev.

The erosion of the Malta Financial Services Authority in the service of activities that have drawn us into this reputational catastrophe is the doing of Joseph Muscat for which he must assume responsibility.

The erosion of the police and its transformation as an extension of his will has dismantled the country’s ability to prevent, pursue and prosecute crime. No wonder Lawrence Cutajar today dodged the bullet and told a high-powered cross-party political committee of specialist Italian anti-mafia legislators he had no time to see them. 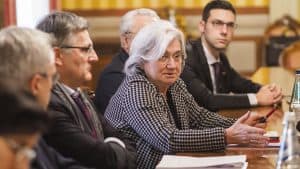 Can you imagine the conversation if he had?

On the other side of the table Lawrence Cutajar, collector of Inter FC memorabilia and esoteric speaker of an endangered creole language only he is moderately fluent in. 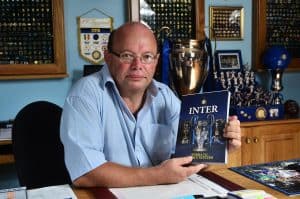 Rosy Bindi would have had more to say about Malta’s inability to fight the mafia had she been allowed to sit across from him, as, to her credit, she asked to do.

What she may not have been able to figure out for herself in the short time she was here, is the fact that Lawrence Cutajar is placed where he is for cogent reasons. His cluelessness is a product of intelligent design, albeit not his own.

It ensures that the political motivations of investigations into affairs that impact Joseph Muscat and his gang are never contested by a Commissioner of Police who is approximately aware he is alive.

It took four other Police Commissioners before they found Lawrence Cutajar. After his predecessors got too smart they needed the least likely candidate: the guy who would never question his underlings receiving instructions over his head.

Take for example Ian Abdilla’s forays into the FIAU. 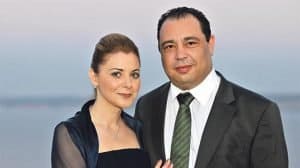 And take for an even starker example Silvio Valletta investigating the assassination of Daphne Caruana Galizia. The husband of a government Minister is leading investigations that are officially supposed to be chasing all leads.

But, I am informed, investigators have by and large decided Daphne Caruana Galizia’s murder is not political. If you rule out politics you’re left with an explanation that would allow Joseph Muscat to say that the political reaction to the crime, including by the victim’s family, is not grounded in fact.

Rosy Bindi’s commission would have recognised this sort of behaviour from their years of experience in the subject matter. Particularly loud alarms would have been raised when the investigating officer tasked with the job would turn out to be so transparently close to the administration.

Consider that Rosy Bindi expressed explicit concern that Malta (for which read our government) “is not doing enough to fight money laundering”. With that frame of mind, at a meeting at police headquarters Lawrence Cutajar would have looked to her weak and incompetent.

But Silvio Valletta would have looked altogether more sinister.