We have seen this before 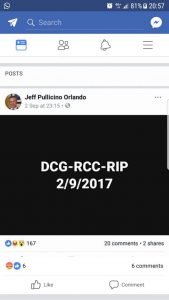 I struggle to think of Jeffrey Pullicino Orlando writing something poignant but from his small, diseased, petty and evil mind comes an unintended but no less significantly strong historical observation.

He posted this in his celebration of Adrian Delia’s election to the leadership of the PN. That’s how small-minded he is.

Looking at those acronyms today is chilling.

Calling what happened to Daphne Caruana Galizia a murder reduces the episode to the private scale of something like a family brawl or a debt killing. This was an assassination: motivated by entirely public interactions, driven by political reasons, executed as a demonstration not only to eliminate the victim but to instil terror. As Daphne Caruana Galizia often said “pour encourager les autres”.

This was the first successful assassination in Malta. It is tragic, as Raymond Caruana’s murder was, but that was a homicide borne out of criminal stupidity and tribal and violent group hate. No one specifically targeted Raymond Caruana. No one had Raymond Caruana’s death in mind the night he lost his life. In human terms his loss is no less tragic and the sacrifice of his family no less painful and unjust. But no one wanted him specifically out of their way.

Daphne Caruana Galizia’s was the first successful assassination in Malta’s modern history. There is just one episode of an attempt at an assassination that mercifully had not been successful. The criminal underworld sought to assassinate Richard Cachia Caruana several years ago, when he was the Prime Minister’s Chief of Staff, and got very close to managing that. And that event is probably the closest comparable event to what we have experienced this week.

Then too, a person was marked for a brutal death because criminals wanted to stop him from causing them inconvenience. On behalf of his principal and the government he worked for, Richard Cachia Caruana sought to severe the unacceptable relationship between big time criminals and relatives in office of state. It was an assassination aimed at protecting and perpetuating familiarity – literal in that case – between a drug trafficker and the head of an enforcement agency with the job to stop him.

From the killer’s point of view an assassination is like no ordinary murder. It is as calculated, pre-meditated and cold as they come because it is the furtherance of policy and intent. A criminal or a band of criminals who seek to eliminate a politician, a judge or a journalist that becomes inconvenient and a hindrance to their power and profit commissions people and invests resources in the well-planned execution of a coherent plan.

Once executed that plan not only is intended to eliminate the target but to scare anyone who would replace them. In Daphne Caruana Galizia’s case this goes beyond the fear that journalists or bloggers might feel. It is more seriously the fear of sources who have confidentially provided her with information but which now must be scared of discovery and retribution as the police, untrusted and feared, shuffle through the computers and documents she left behind.

This is the language of organised crime, spoken so explicitly at the time of the attempt on Richard Cachia Caruana’s life and so finally and uncompromisingly at the elimination of Daphne Caruana Galizia.

These two, one survivor and one victim, are the only ones to who have ever had to face death as a penalty for upholding vigorously and uncompromisingly their commitment to their roles in our society. 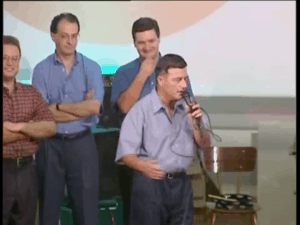 Joseph Muscat was just starting out when Richard Cachia Caruana was stabbed and when those who did it where tried. He led the charge of the politicisation of that crime. Labour sought to profit politically from the ultimate fulfilment of duty, way beyond its reasonable call, of a government official on the front line of fighting corruption and association between crime and law enforcement. In the process they worked to ensure the perpetrators got away with it.

They ran a campaign of aspersions, innuendo, confusion and professional and skilled lies to seek to blame the victim and those closest to him.

We are seeing signs that Joseph Muscat plans to manage this other assassination, successful in its attempt, in exactly the same way.

I have been speaking to a number of international journalists in Malta over the last two days and they expressed amazement at the smugness of a leader of a democratic government that appears to be embarking on a campaign of victim-blaming and of tying Daphne Caruana Galizia’s death to his political rivals in order to serve his own direct political interest.

We have never before seen a successful political assassination in Malta. But we have seen Joseph Muscat manage the attempt of one in the interest of his party and himself. And we realise with horror that this much we have seen before.

And there will not be Daphne Caruana Galizia to call him out and fight him with her words and the truth for which she stood and for which she fell.