The decision by La Repubblica was announced in a front page editorial by Roberto Saviano who said Daphne was killed because she understood the illegal flows of money happening through Malta and she understood this was not someone doing something wrong but an entire system designed for the flow of dirty money.

Roberto Saviano lives under armed escort due to his writings about organised crime including most famously his book Gomorrah. 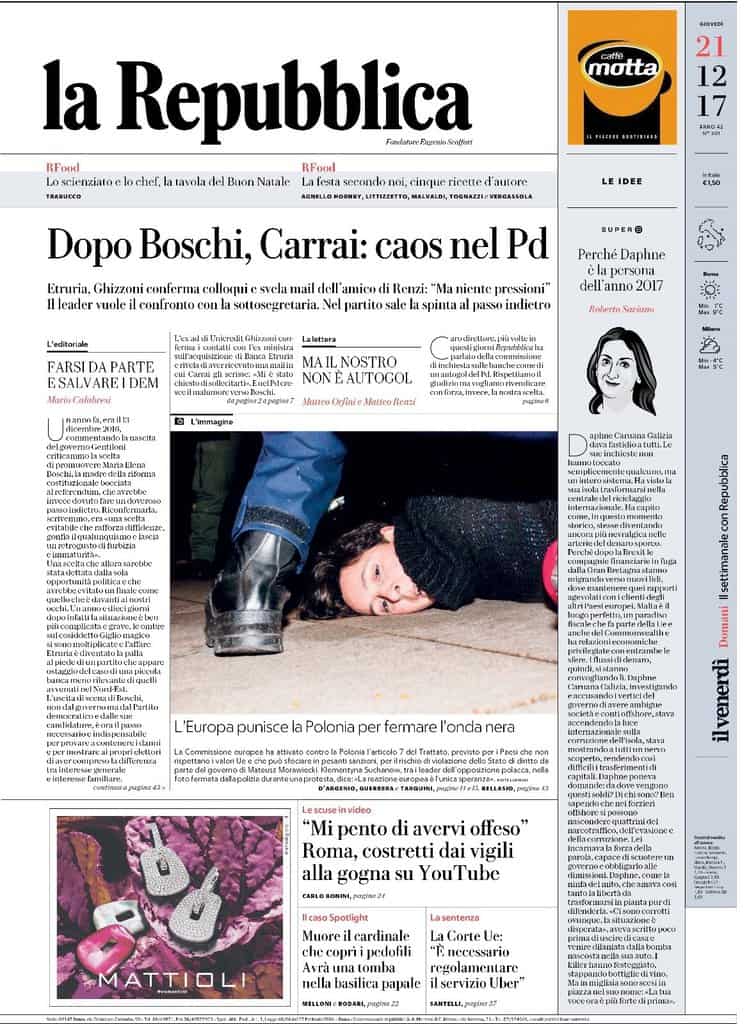