Steward Medical shut down a hospital they owned for 3 years and fired 700 staff, because it wasn’t making enough money 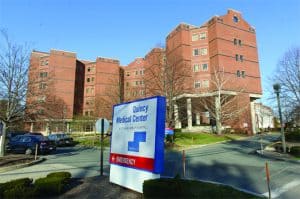 Steward Health Care System, the new owners of the St Luke’s Hospital, Karin Grech Hospital and Gozo General Hospital, three years ago closed down the 124-year old Quincy Medical Centre Hospital and fired its 700 staff because it was not making enough profit.

The hospital closed down in December 2014. Steward had only purchased the hospital three years earlier in 2011.

Quincy Medical Hospital in Boston was closed down in spite of promises made by its owners Steward that they would “reinvent community healthcare” when it entered the Massachusetts medical business in 2011.

The hospital closure was in violation of the commitment it had made with the Massachusetts authorities in 2011. The agreement required Steward to keep the hospital open for at least 6½ years and give 18 months’ notice before shutting down.