Adrian Delia and Nickie Vella de Fremaux sat down for dinner with Joseph and Michelle Muscat at the top table of a charity event. The Delia couple did not get the memo that the event had a business suit dress code and went in full regalia. 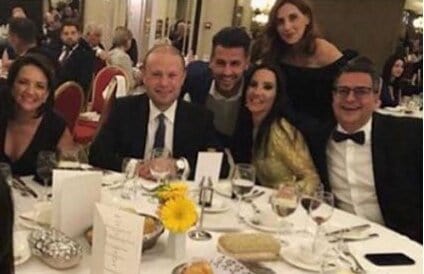 I am not a fashion critic and I’m not volunteering to become one. But my first reaction when I saw the smiling foursome on the photos that were being spread around was not the chumminess and the all too comfortable fraternisation. It was that Adrian Delia and Nicky Vella de Fremaux set out not to be outdone by the vulgar ostentation of the Muscats and by pitching too high ended up being undone by the Muscat couple who in contrast appeared understated and dressed for the occasion.

It is ironic that with all the talk of anti-elitism, bread and butter issues, being down to earth and all the rest of it, the leader of the PN and his wife seem to seek a conflict with people they expect should support them, rather than to cut a contrast with the incumbent prime minister they should be seeking to unseat.

They tried to out-Evita Evita and got caught out over-dressed representing some form of aspirational role model that no one is really keen to follow. The tuxedo and the kilogram of Swarovski crystals were inappropriate and, the ultimate error in a charity event, drew attention to themselves. 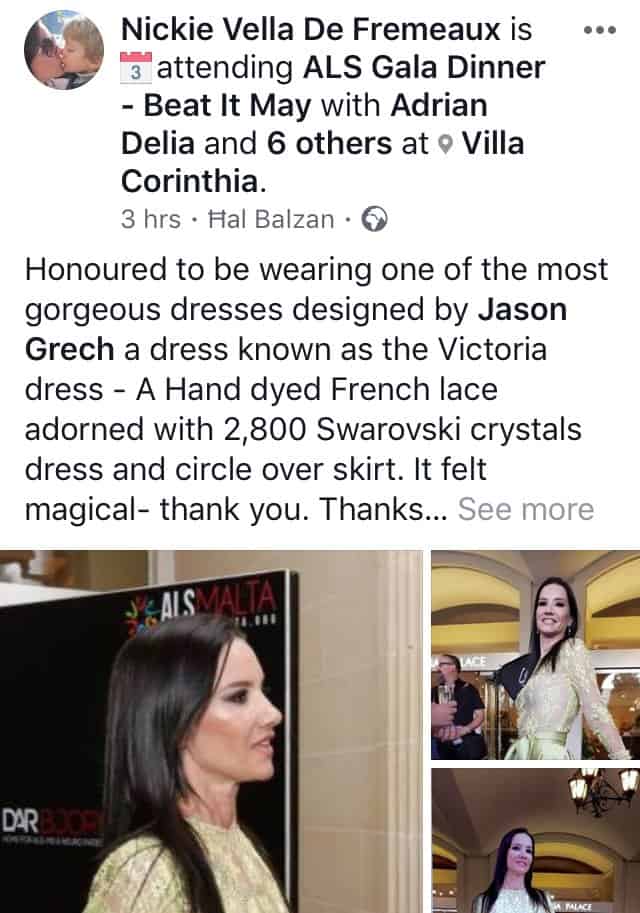 And ultimately this is what really comes through from this debacle: a self-conscious inferiority complex, an over-compensation, a naive attempt to be like the Muscats, only more, rather than better.

The chumminess then is forced and distasteful. At face value Nickie Vella de Fremaux’s argument that it is polite to be polite is compelling. Since their hosts sat them at the same table with the prime minister and his wife they weren’t going to be rude and give them their back. But what is missed here is Adrian Delia and Nickie Vella de Fremaux or their handlers allowed the hosts’ unfortunate seating plan to play right into the hands of Joseph Muscat.

The issue here is that this is no everyday relationship between prime minister and leader of the opposition, often awkward, sometimes confrontational but always civil. The leader of the opposition and his opposition party are refusing to frame Joseph Muscat where he should be: a rogue corrupt embarrassment to the nation, a disgrace to the office he holds. There is no compromise with this and even garden variety etiquette is effective complicity and propping up a crook to go on with his nefarious crimes with the enthusiastic endorsement of his opposite number.

The notion that hostilities should be suspended on a charity night is, to me, completely wrong. Firstly the fact that the charity event needed to occur points out the painful truth that our politics — our national health service — has another gap in the services it provides that requires a sufferer of ALS to raise money rather than lobby politicians to commit to change laws and provide these public services as a matter of course.

Secondly charity should happen in spite of politicians rather than because of them. For politicians to behave like royals and doll up all glamorous in order to lend their magnificent appearance to raise money for the poor and the infirm is even more condescending than when royals do it. At least when royals help charity with their majestic presence they are not highlighting their failure to do their job properly.

Of course the job of providing medical services lies squarely with Joseph Muscat. Adrian Delia cannot do much more than promise a solution if and when he gets to replace him. But there was none of this at the ALS event.

And finally, it has to be said: Nickie Vella de Fremaux really needs to get used to the fact that just being her husband’s wife and looking like a Disney princess, does not entitle her to unanimous and breathless praise. There will always be critics, some fair, some less so, some not at all.

It’s how she deals with them that would distinguish her in the role she seems so keen to take on. Her Facebook rants after the event are the real disaster far exceeding in embarrassment value the over-dressing, the banal fraternisation and the superficiality of it all.

Having felt the need to announce on Facebook she was carrying several thousand Swarowski crystals, she subsequently felt the need to remind us she is “a person with a backbone … unlike others or my husband’s predecessors and seemingly a handful of the electorate”. 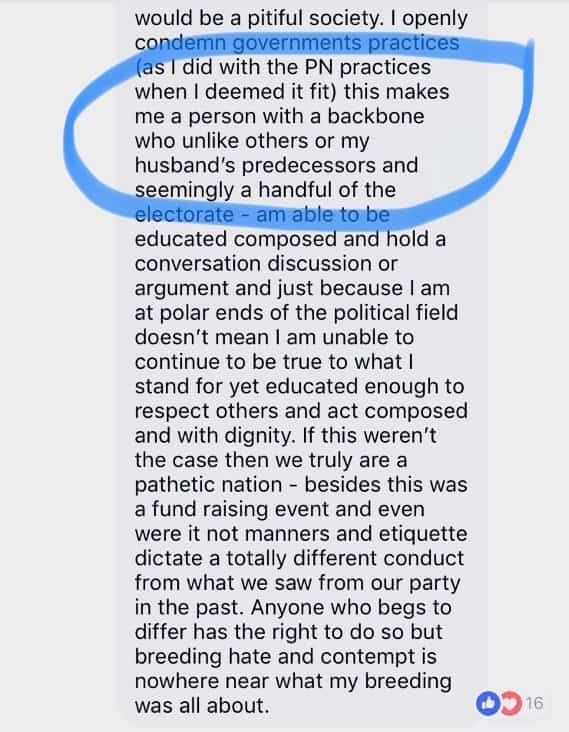 Simon Busuttil bashing is fashionable these days so we’ll let that pass. But to call Lawrence Gonzi, Eddie Fenech Adami — how far should we go back? — Giorgio Borg Olivier? Nerik Mizzi? — spineless, really begs the question why this couple is not seeking to replace the Muscats at their Mile End seats rather than Girgenti and Castille.

That’s a Facebook post. I have seen Whatsapp rants from Nickie Vella de Fremaux’s phone calling people bigots and fools because they privately told her they disagreed with her decision to enter the competition ‘get a selfie with Joseph Muscat’ and elbow everyone to win it.

Now we’ll have the trolls coming out to say this reasoning is what is dividing the PN, that I am an agent of the Labour Party (come on now), that I am part of a cabal of fifth columnists within the PN seeking to destroy it from within.

Adrian Delia’s advisors can take comfort from that. Or they can sit him down and give him a briefing on proper behaviour.

One. In order to oppose a political rival you need to cut a contrast with them. The opposite of Joseph Muscat’s superficiality, ostentation and crude Peronism, is sensibility, and understated public behaviour. Never mind Simon Busuttil if you want to confuse his comportment with his electoral results. Think of Eddie Fenech Adami and Lawrence Gonzi and why people looked up to them.

Two. Nickie Vella de Fremaux is right. The fact she’s a professional with capabilities in her own right, her own professional expertise and competence, her own life, and her own work is a political asset. Then why imitate Michelle Muscat who covers up her vacuity with dodgy charity and clothes that draw attention to themselves to distract from the emptiness beneath?

Three. Handlers have a job. Get them to do it. If the leader and his wife get an invitation for a social event someone, not them, should get on the phone to understand the dress code and the seating arrangements and to negotiate details that would make their bosses project the image they want to project not what predators like Joseph Muscat would want to extract from them.

Four. Joseph Muscat is a crook. Stop treating him like a mentor and role model. Why would anyone want you to replace him while they can still have the original? Do not aspire for the ‘let’s get a crook’ vote. Aspire instead to convince your voters to aspire for better, cleaner politics. Eddie Fenech Adami defeated Dom Mintoff. No one thought that was likely.

Five. Dignity when it’s easy. There are plenty photos of me making a fool of myself on the dance floor but I’m not seeking to become prime minister. Behave as you want people to see you because everyone’s mobile phone camera is trained on you.

Six. Dignity when it’s not easy. When you’re criticised as you were after Saturday’s disaster listen and suffer in silence. Filter out bigotry and hatred, but don’t discard fair criticism you could actually learn from.

In sum do not think that an election to a political position entitles you to anyone’s support. You have to earn it everyday. Think less Donald Trump and more Angela Merkel. A little bit of glamour never hurt anyone but if one cannot see what’s beneath the glamour, they are going to think that’s because there’s nothing there.