The Malta Independent this morning warned the government their decision to barricade the Great Siege Memorial to prevent the continuation of the protest demanding justice that started when Daphne Caruana Galizia was killed 11 months ago “will backfire”. 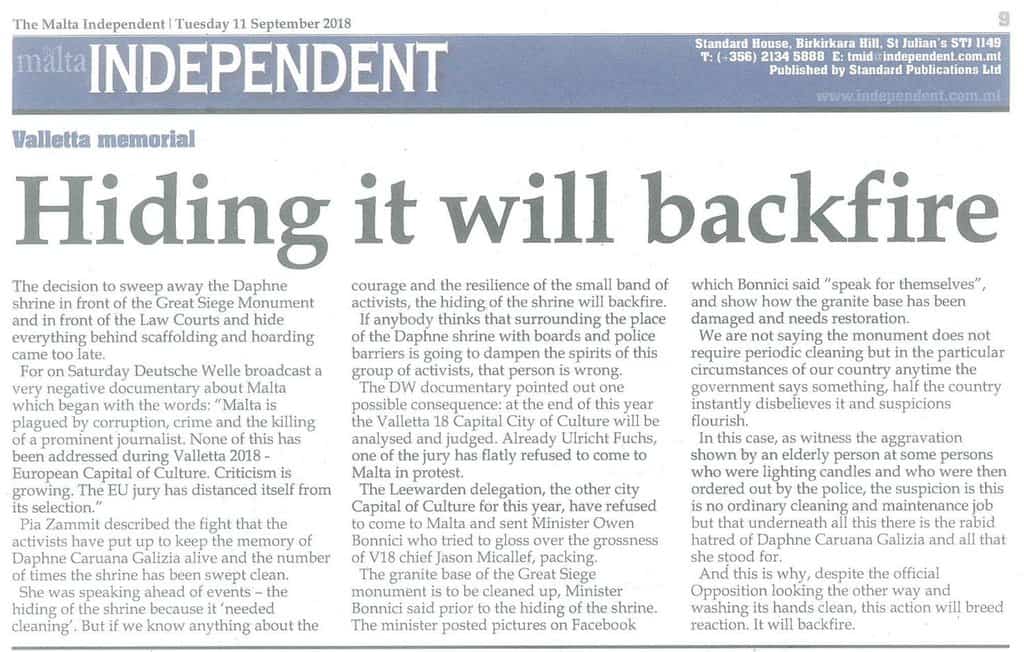 The newspaper respects the tenacity of activists protesting there and thinks the government should be showing the same sort of respect. Every action, after all, can expect by the laws of nature an equal and opposite reaction.

The editorial means well but perhaps misses an important point. Whether the government win or lose political brownie points as a result of this development is frankly beside the point. The real issue here is that if people fail to push back on this fresh encroachment on public rights, we will have now not merely reached a new high in the tension between activists and authorities but a new low in the workings of our democracy.

When the government oversteps the mark, the responsibility of citizens is to push the government back across the line behind which it must restrain itself. When the authorities denied the PN the right to meet in Żejtun in the 1980s, ostensibly for security reasons, the response was not to offer to meet somewhere less “dangerous” or less offensive to the sensibilities of the Labour supporters of Żejtun.

The appropriate response was to defy the authorities and convene anyway in Żejtun without a permit. They were ready to face the police armed and ready for them and the militias called up from the thuggery of the then Labour Party. They knew it was not going to be pleasant. But they also knew if they gave in to the government that day, chunks of the country would in practice become out of bounds for people of the wrong political persuasion. It would be accepting and endorsing apartheid.

That was an issue between two major political parties. One was right and one was wrong. But in pushing back the government and defying them, the PN on that day did not only safeguard its own interests, it protected everyone’s, even those that did not support it but would then use those rights protected by the PN to protest against it when its leaders became the government.

Defying those barriers in Great Siege Square is not about protecting the right of activists to protest the impunity of people who commissioned the murder of Daphne Caruana Galizia. It is about protecting anybody’s right to protest in a public square. 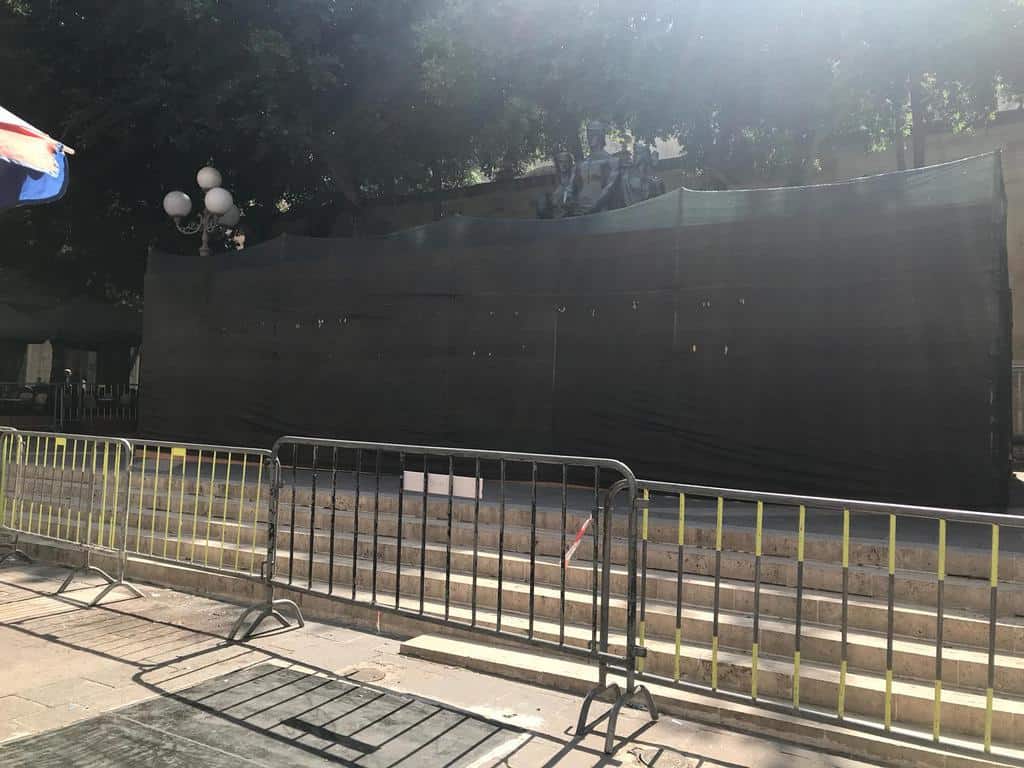 And the right of protest is only useful when the protest offends, hurts, disturbs or displeases the government. That is what protest is for: to confront the authorities. Anything else is a public debate.

Therefore the government are not merely to expect a reaction for putting up barriers effectively banning protest in Great Siege Square. The government, if they still operate in a democracy, are to expect protest to demand the right to protest itself.

It does not matter if you would rather the killers of Daphne Caruana Galizia remain at large. One day a government may decide to take your property from you — it happens you know. Even if you are the most self-centred, materialistic, narrow-minded egoist with the sense of public spirit of a Ferengi smuggler (extra points if you did not have to google that), one day you may have reason to be in dispute with your government.

Conceivably, by the same logic of those barriers in Great Siege Square, the police could come and put up a barrier outside your door and order you not to cross it, perhaps ‘for your own safety’. Right, shut up now.

L-orizzont also has an editorial today about the memorial in Great Siege Square. It waxes melodramatic about the significance of the Great Siege Memorial though it does not complain it was wrapped up in plywood on 8th September — the national holiday marking the same events commemorated by the Memorial — while at the time of writing no works have actually started on it.

It does complain about flowers and candles that are no longer there, which it terms, again, a ‘provocation’, that word used by wife batterers just before they go out drinking and instruct their wives to stock up on concealer before the pharmacy closes down.

We told you this eleven months ago, dear editor of l-orizzont and you never thought you’d still be complaining about provocation so long after that. We’re in no hurry. And you ain’t seen nothing yet. 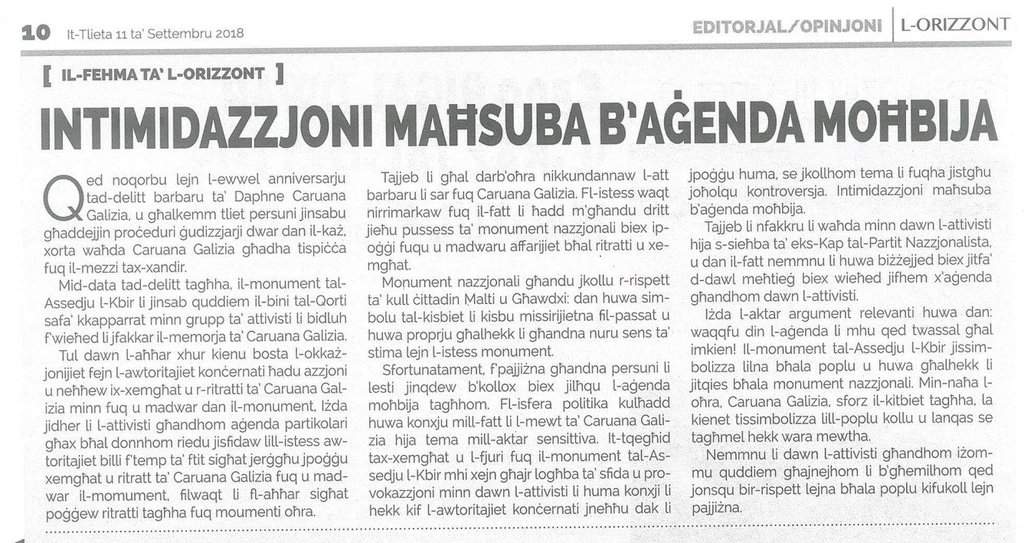