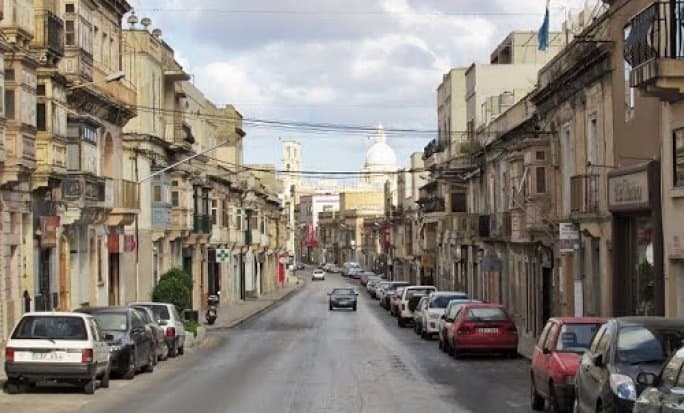 The defence of the PN for adopting a xenophobic line is that the government are manifestly neglecting immigration issues and consequently the opposition are duty bound to speak up. They don’t mean to be racist but if that’s how they sound when living up to their responsibilities of speaking about uncomfortable topics, too bad.

There was a comment I saw from someone who reacted to my post on the subject yesterday: if Adrian Delia was racist, would he harp on integration so much?

I think we need to get a number of things clear.

Firstly racism is not only manifested by having black people run on a plantation and shooting them for target practice. Of course, that is a horrible expression of racial hatred, to the point of murder. Though that is racially motivated, it is murder and one does not wait for murder before one confronts racism.

Racism is the classification of people and the conditions within which they must live as defined by their ‘race’, though even the notion of ‘race’ is vague and in itself unscientific and unjustified.

Therefore Dione Borg complaining that black people now sell African food in Ħamrun shops is racist. It does not make Dione Borg a murderer or capable of shooting the shop owners. He does not think they should be in the business of selling in shops and considers the fact that they do as a ‘problem’ that requires a political solution.

The real misconception here is what is meant by the term “integration”. What people often think of when they hear or use the term is not really integration but rather subjugation or, if they are feeling generous, assimilation.

For some, black people are welcome as long as they don’t live in their street. Their presence might cause the value of their property to fall or might introduce to the neighbourhood the smells of unfamiliar spices and the sounds of unfamiliar music.

They are welcome to work but only in jobs appropriate to black people. They can clean the streets, collect the rubbish, carry the heavy bricks up building sites or cut the grapes in September: a bit like donkeys but with more dexterity. If they’re handling the cash at the supermarket or driving buses they are starting to exceed their station. A black lawyer or a teacher in your child’s classroom? Inconceivable.

Black people can never get angry. Only white people can complain to a bus driver that shortchanges them or if they stayed too long in a line. Which of course also reminds that black people can use buses as long as they’re not full, in which case there’s obviously too many of them and they need to start walking. No white woman stands on a bus if a black man is sitting. They can use highways but only on foot. A car-owning black man is unsightly.

Black people can go to restaurants but only to wash dishes. If they go to McDonald’s they obviously have too much money and that means they should not be here in the first place.

Black children are sweet and yes, of course, they should go to school. San Pawl il-Baħar primary is a nice place for them. If private or independent schools offer free spots for children from poor families they must be white children. Black children are restricted to public schools in certain areas.

When they grow out of compulsory school age black children can go washing dishes and cleaning streets. No free university education for black children.

Black people must pay tax and National Insurance but must not clog the line at A&E in hospital. When they grow old or sick they must stay clear of hospital beds and there’s no way they can get in line for hip replacement surgery. Too many white people in that queue.

If they keep to their place, they’re welcome to stay. Those are the benevolent subjugators who think they’re not racist.

Then there are the assimilators. They think they’re better than the subjugators — more benevolent — as they think no distinction should be made between ebony and ivory. Let them become lawyers if they want and whether as patients or as doctors it does not matter if you’re black or white.

But “you must become Maltese” a term now being adopted in our political discourse. If you want to live here you must renounce anything that distinguishes you from the rest of us: your food, your clothes, your music, your friends, your habits, your customs, your family.

Like Maltese Australians stopped dressing up in Catholic paraphernalia on feast days and imported foods and music that reminded them of home. Or maybe not like that.

And then there’s the vague idea of what constitutes “being Maltese”. Speaking Maltese is a generally accepted indicator but that rules out a huge chunk of people who have always lived here but prefer to speak English. Are those not quite Maltese? I know how some would answer that. English is understood by almost everyone. What happens to “Maltese people” whose preferred first language is neither English nor Maltese? Must they stop having another favourite language before they are deemed ‘integrated’?

Being Catholic and paying a tribute to the annual village fireworks is another characteristic. Which is why the moment a Maltese woman marries a Muslim and wears a hijab it’s like she’s stopped being Maltese in the eyes of many.

Above all being white. Can a black man or a black woman, a black child born and bred here ever be Maltese?

Can a black woman ever sell the food her clients crave for, labelling it in the language her clients understand, in a shop in Ħamrun and not be deemed a “problem” that needs “a political solution”?

If the PN wants to confront these issues, I wholeheartedly agree it should. I also agree the government are conveniently ignoring them. Before we have stirring speeches about “standing up to foreigners” and party propagandists turned politicians pretending to be reporters “investigate” shops run by black people, how about sitting down and drawing up thought through policies based on a scientific understanding of what is really happening?

Or we can tell them this is our home, not theirs, and if they don’t like it they can just leave. But then, who is racist?