Press release from #occupyjustice and manueldelia.com 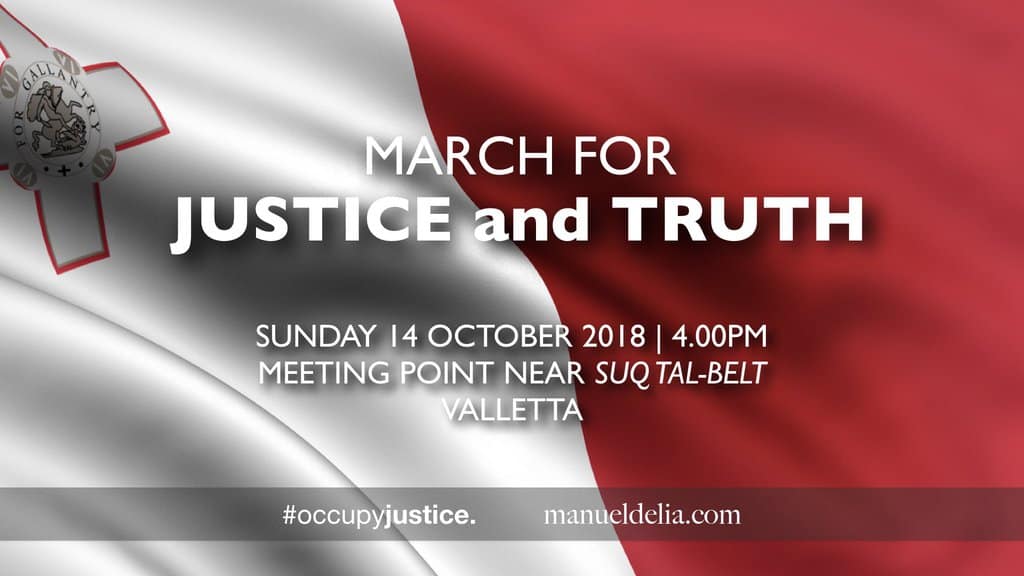 Bad governance effects us all. Corruption hurts us all.

The allocation of valuable public land for an absurdly low price to the dB Group, the permit for them to erect a monstrous tower, the contempt shown to residents and protesters are a product of bad governance and corruption. People are rightly angry.

Secrecy and opacity in public expenditure is wrong and hides unjustified expenses paid by the public. Minister Chris Cardona wants to hide what we pay his advisors. He hid what he spent drinking from his hotel rooms travelling on official business. He hid his weekend jaunts at Formula One cities and he still hides why he went there. He continues to hide how he entertains himself at night when on official duty. People are rightly angry.

Impunity from prosecution of politicians caught in the act ensures our country is run by delinquents. Konrad Mizzi is still laughing no-one ever asked him why he signed to receive millions into a secret Panama company he set up when he became Minister. Keith Schembri never bothered to explain why 17 Black was going to pay him money for nothing. People are rightly angry.

Profiteering from crime has besmirched the country’s name to the point that when Edward Scicluna catches a taxi in South America the driver assumes he’s corrupt. We sell our citizenship to crooks sanctioned by other governments and we have hosted money laundering machines for Cosa Nostra and the Ndrangheta. Our harbours are used to bunker stolen fuel while the authorities watch on. And honest businesses are shying away from Malta. People are rightly angry.

Dissent or protest is ignored or suppressed. The government feels it has a free hand to brush off anything or anyone in its way. It assumes objectors are few in number, leaderless, divided and scared. Those who have not been badly effected by its decisions fear the government will tomorrow turn on them. People are rightly angry.

A journalist was killed in a car bomb a year ago. Senior government officials expresses delight she is gone and government restricts investigations to ensure those who commissioned her assassination walk free. People are rightly angry.

We demand truth and justice. We ask you to join us for a March for Truth and Justice, Sunday 14th October, 2018, departing from outside Is-Suq tal-Belt in Valletta. Speakers at the march will be announced shortly.